Friday, July 30
You are at:Home»News»Two dead after pick-up truck plunges into ravine in Padawan 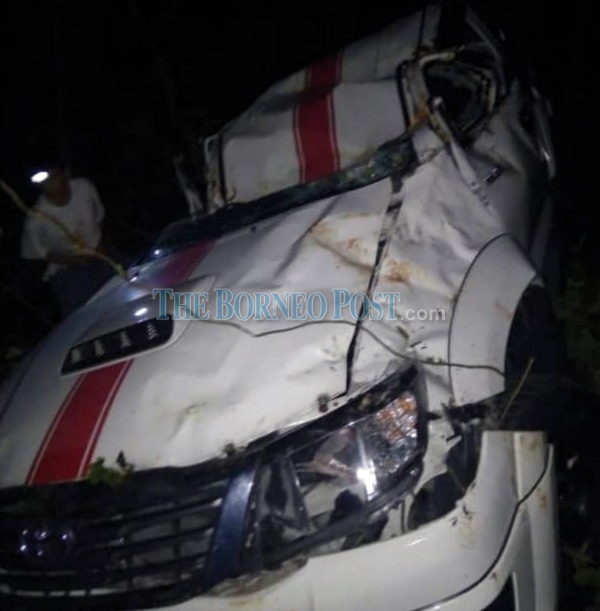 The badly damaged pick-up truck at the scene of the accident.

KUCHING: Two men have died from serious head injuries when they were thrown out the back of a pick-up truck after it plunged into a 20-metre deep ravine in an accident at Jalan Kampung Kambug, Padawan at around 6.30pm yesterday (Sept 26).

“There were seven men traveling in the pick-up truck heading to Kuching from Kampung Kiding when they met with the self-accident,” said Alexson in a statement today.

He added that the truck suddenly went out of control at a bend, which caused it to swerve off the road and into the ravine.

Two other passengers, both 57, were uninjured in the accident.

All of the injured passengers were sent to the Sarawak General Hospital for medical treatment.

“This case will be investigated under Section 41(1) of the Road Transport Act 1987,” said Alexson.

The vehicle has been towed to the Padawan District Police headquarters to undergo inspection by Puspakom.

Previous ArticleMasing: Possible deregistration of PBDSB a lesson to all Dayak political parties
Next Article Three more years at the most – Mahathir