Tuesday, July 27
You are at:Home»News»Sabah»Nearly 100 turn up for Sabah Climate Strike 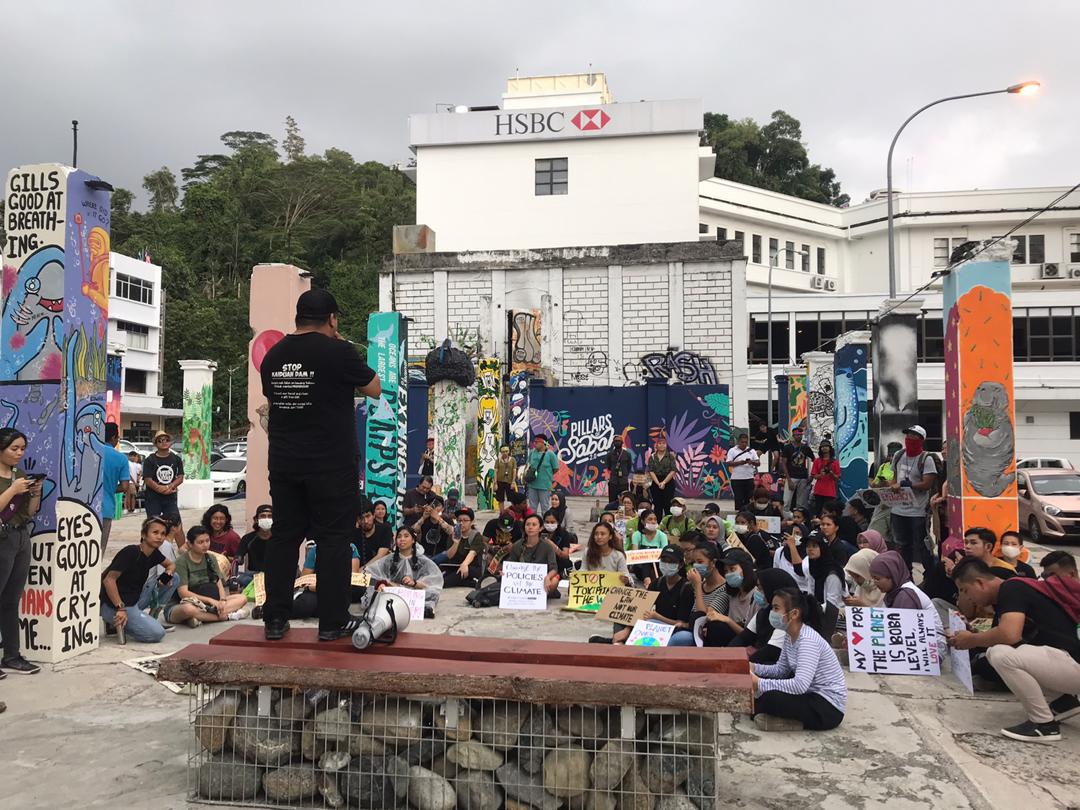 KOTA KINABALU: Close to 100 people gathered at The Pillars of Sabah around 3 pm yesterday to push the government into addressing the current climate crisis.

Organizations and individuals representing various civil society organizations in Sabah had planned to march to the Segama Waterfront Boardwalk at 4 pm, but were stopped by the police. 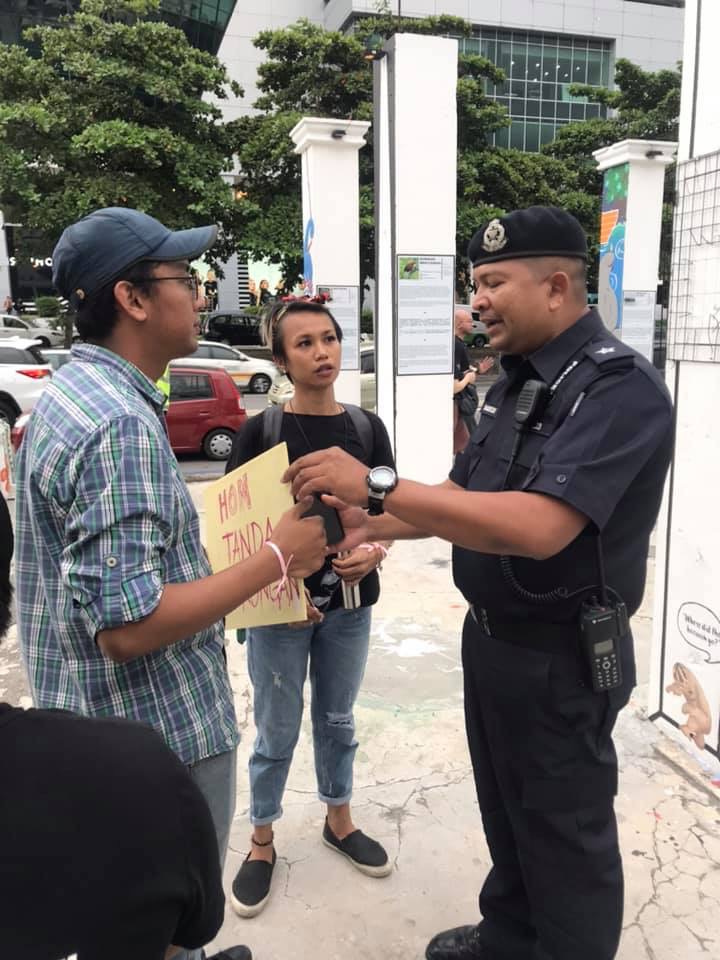 Amy and Ashraf talking to the police.

Participants were clad in green and black clothing, while many wore face masks in light of the current haze situation.

The masks too were symbolic of human action ‘muting’ the environment.

The event was organized as part of the Global Climate Strike, a movement that saw similar protests happening in hundreds of cities across the world.

In an open letter addressed to the Chief Minister’s office, the joint action group made up of various NGOs listed demands for the government to address issues within the palm oil industry; reassess the controversial multi-billion ringgit Tanjung Aru Eco-Development (TAED) project and the Papar mega dam project; to reinforce carrying capacity on tourist arrivals to Sabah Park islands, amongst others.

The group also made special mention of including more indigenous participation in decision-making where matters of sustainability and environment are concerned.

“The current climate emergency needs to be addressed by the Government and all levels of society. It is an issue that affects everyone, no matter race, religion or creed.

“All of us must get the wheel of efforts moving to make our planet a safer and better place to live in. We must change the way we think and do things,” said Ana Jonessy of Bikar Alam in a speech shared with the crowd. 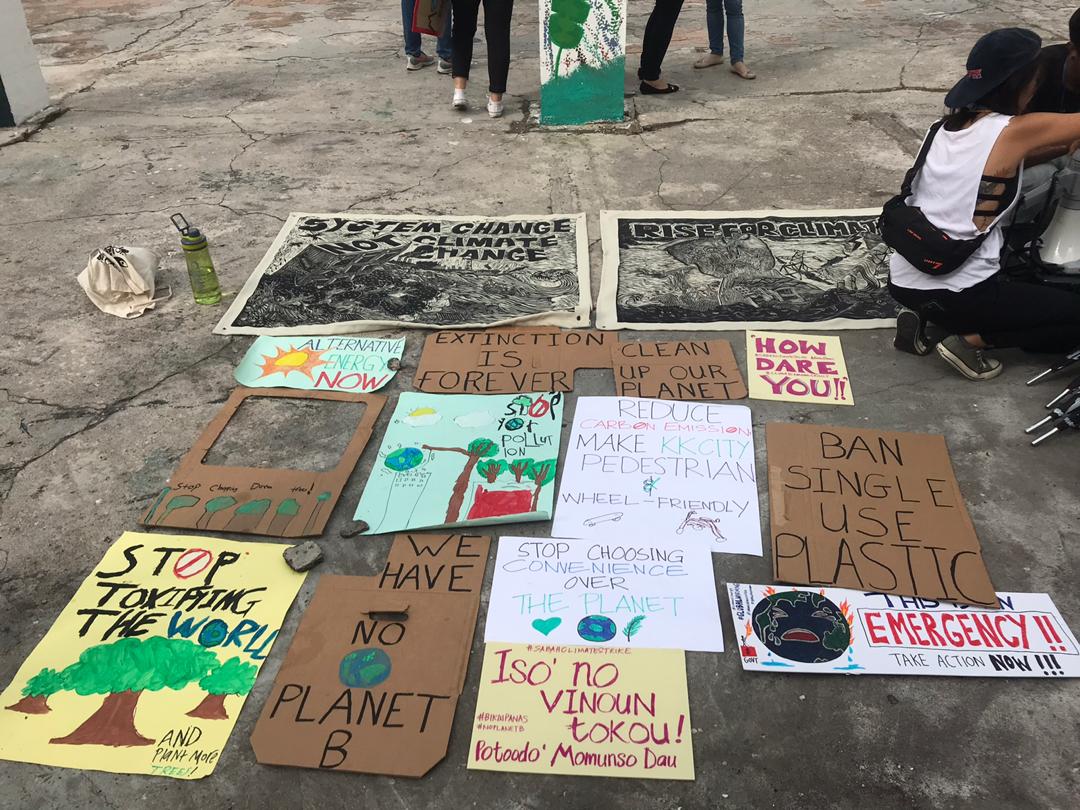 Some of the placards by Sabah Climate Strike participants.

The gathering ended at around 4.30 pm due to heavy rain.