Monday, May 16
You are at:Home»News»Sabah»SCC given mandate to set up Sabah e-wallet, Sabah Pay 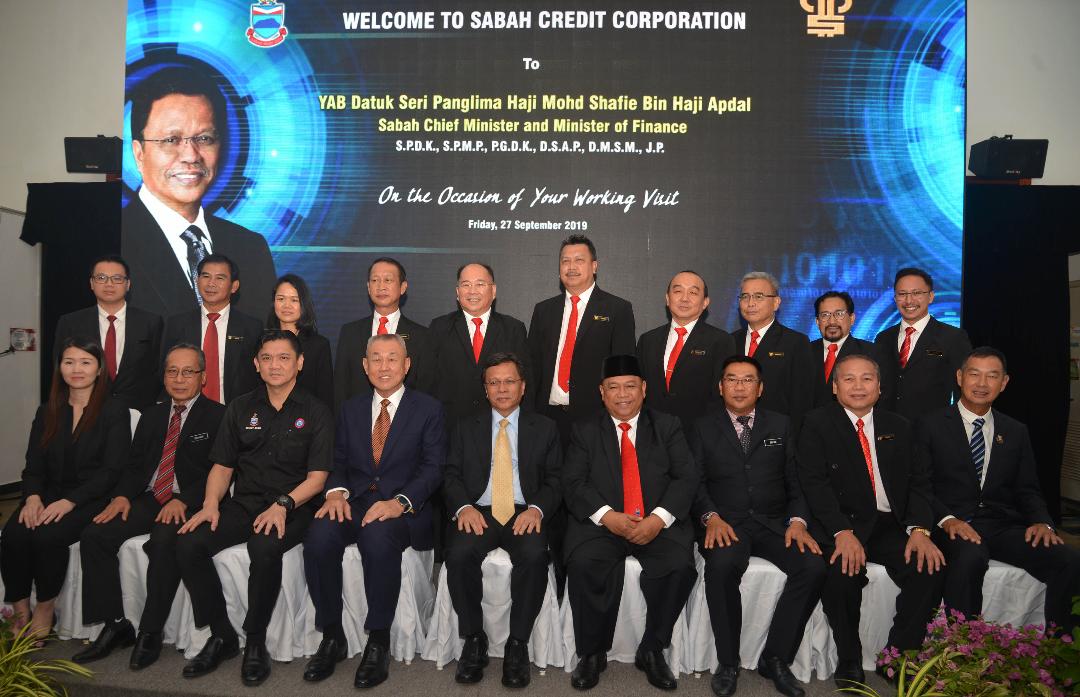 Shafie (seated middle) with the other invited guests.

KOTA KINABALU: The State Government has given Sabah Credit Corporation (SCC) the mandate to set up the Sabah State e-wallet, Sabah Pay.

He said, the system would make it easier for tourists and businesses to make payments while at the same time curbing the production of fake bank notes.

“Talking about technology, specifically digital economy, I am happy to announce that I have mandated SCC to set up the Sabah State e-wallet, Sabah Pay.

“I was informed of the progress of the e-wallet and that SCC has done a lot of work to make our state wallet a reality. I am optimistic that the e-wallet will be a reality in the near future,” said Shafie during his official visit to the SCC headquarters here yesterday.

Shafie, who is also State Finance Minister, said, the e-wallet system would also increase transaction security as the state heads towards the Fourth Industrial Revolution. He expressed his hope that this plan would be materialized by this year.

“My visit today is not only to witness the payment of the dividends and interest repayment to the government as well as zakat contribution for year 2018, but also to launch another milestone for SCC, which is the launching of Yayasan Perbadanan Pinjaman Sabah (YPPS) and Youth and Entrepreneur Loan Scheme (YELS),” added Shafie.

He said that both the foundation and the loan scheme are geared towards helping our people raise their social economic status, which is in line with the Sabah Credit Corporation’s mandate and is also the aspiration of the Sabah Government.

“I am happy that SCC continues to serve the rakyat through its Corporate Social Responsibility program via a much better platform, the Foundation. Through the Youth & Entrepreneur Loan Scheme, I hope this facility will empower more youths to be entrepreneurs and help the government to reduce the number of jobless amongst the youths,” he said.

“I am also happy to note that SCC has initiated its own tailored program, the Graduates’ Entrepreneur Incubator Program, to assist in the reduction of jobless graduates in the state,” he added.

During the event, SCC had also handed over a total of RM16 million in dividends along with RM819,118 loan interest payments to the State Government. In 2018, the SCC pre-tax financial performance amounted to RM81.28 million with total asset of RM2.93 billion.

The SCC had also presented RM283, 834 to the Sabah Zakat Centre.