Friday, August 14
You are at:Home»News»Sun bear rescued by SFC after 20 years in captivity 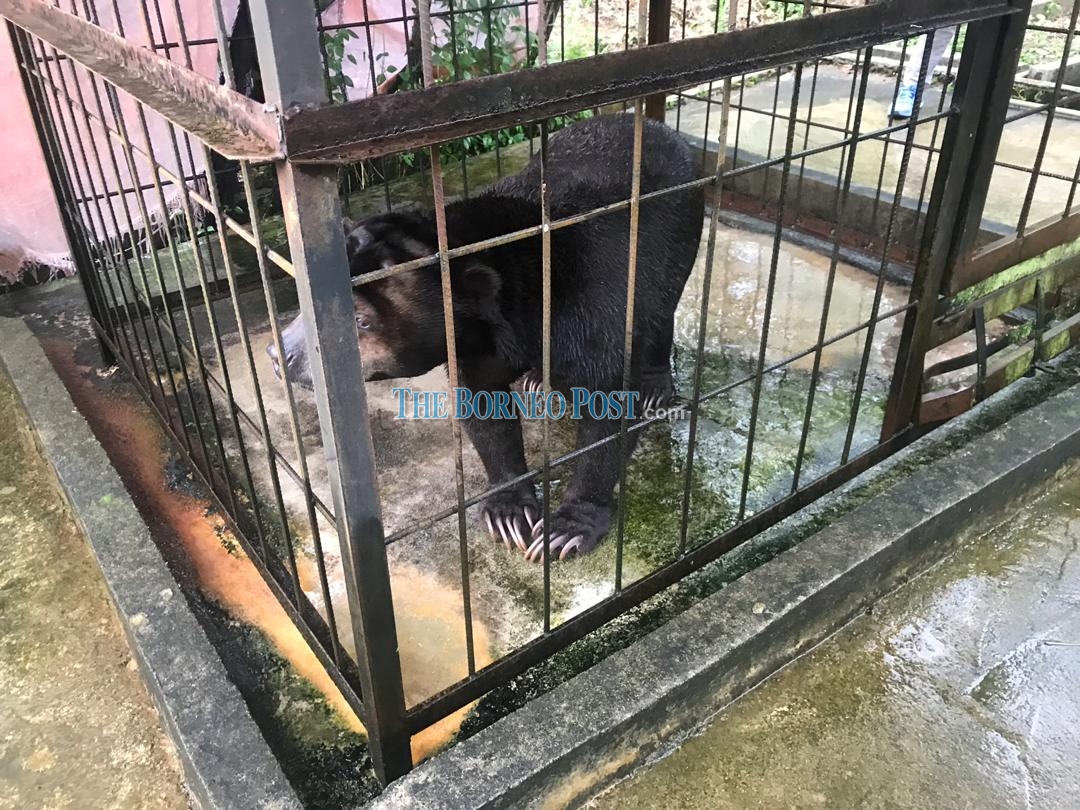 The sun bear that was kept as a pet at the farmhouse near Kampung Rasau.

KUCHING: The Sarawak Forestry Corporation (SFC) dispatched its enforcement team to rescue another sun bear after being tipped off by concerned netizens yesterday.

The sun bear was kept as pet at a farmhouse near Kampung Rasau, Serian.

During the inspection carried out by SFC Swift Wildlife Action Team (SWAT) at the owner’s premise, it was stated that the owner did obtain a valid licence issued by the Controller of Wild Life, Forest Department Sarawak (FDS).

However, the owner has violated certain terms and conditions of the license whereby the cage size is too small.

“According to the owner, the bear has been taken care by him and his family for over 20 years. The licence was also renewed every year since the first year keeping the animal.

“After explaining the terms and conditions to the owner, the owner willingly surrender the sun bear. The rescued bear was immediately sent to the Matang Wildlife Centre,” according to a statement released by SFC today.

The sun bear is protected underthe  Sarawak Wild Life Protection Ordinance 1998; whereby killing, keeping, selling, buying the animal or its derivatives are prohibited by the law and if found guilty, the perpetrator can be jailed for one year and fined RM10,000.

Apparently, a licence can be applied but applicants must comply with the licence terms and conditions.

“This is our commitment to strengthen efforts to address illegal wildlife trade and tackle wildlife crime or abuse. We will continuously take action to end poaching and trafficking of protected species of flora and fauna in Sarawak,” said SFC chief executive officer Zolkipli Mohamad Aton.

In the statement, SFC had also extended its gratitude to members of the public who have assisted the authorities in curtailing illegal wildlife trading as well as illegal logging in Sarawak.

The public can lodge a report with the SFC or Forest Department if they find anyone keeping or selling totally and protected animals.