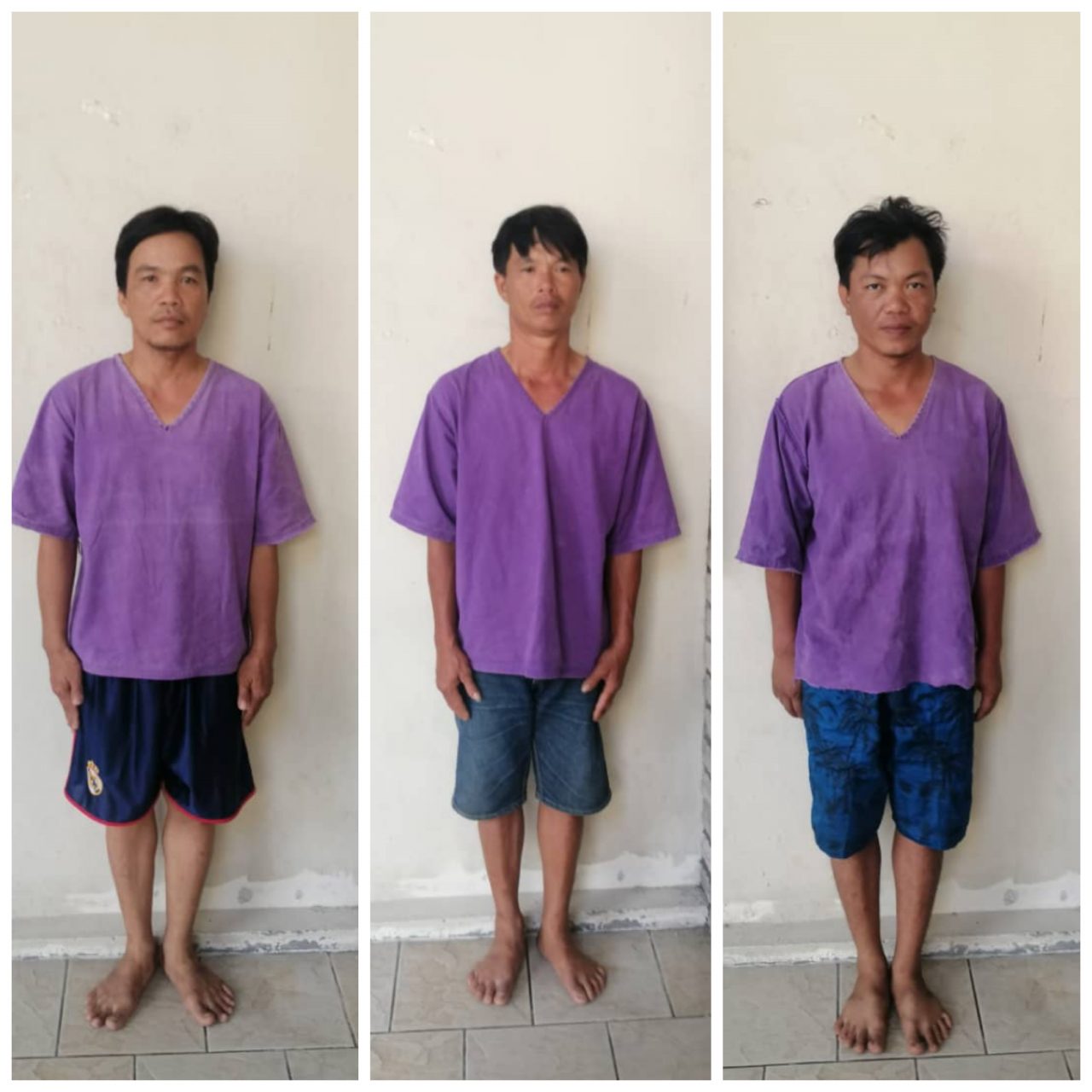 The three suspects who escaped after pumping out water from their vessel.

The seven suspects were detained for trespassing into Malaysian waters to catch fish.

The three suspects who escaped have been identified as Vo Minh Naiiy, 43; Nguygu Vain Phong, 47 and Vo Minh Taanh, 32.

According to Sandakan police chief ACP Mohd Azhar Hamin, all seven suspects were remanded for four days over the alleged offence that is being investigated by the Fisheries Department.

“They were brought by Fisheries Department’s personnel to the Sandakan Marine Police base to pump out water from the vessel in which they were arrested, as the vessel was about to sink.

“However, after the pumping process was done, the three suspects managed to escape.

“The police have launched an operation to look for the suspects. Members of the public with relevant information are urged to step forward to assist in the case which is being investigated under Section 223/224 of the Penal Code,” Azhar said.