Wednesday, July 15
You are at:Home»News»CM calls for unity among Sarawakians to face ‘most vital’ state election 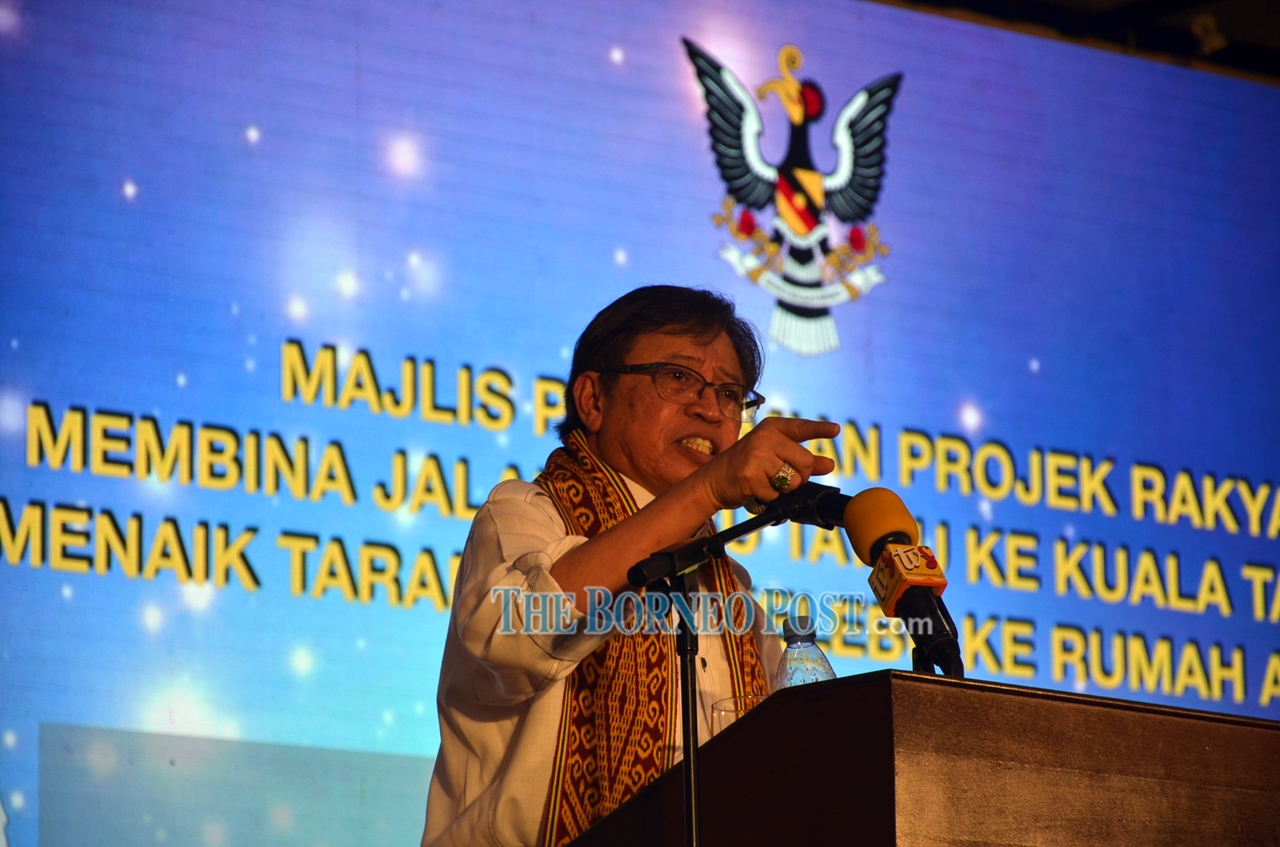 TATAU: Chief Minister Datuk Patinggi Abang Johari Tun Openg has called on Sarawakians to remain united, as he considers the coming state election as the most vital period for Sarawakians to determine the fate of Sarawak and their future.

According to him, the Pakatan Harapan (PH)-led federal government is now trying to break the unity of the local people with the introduction of their policy in the state, referring to the appointment of Village Community Management Council (MPPK) in the villages.

However, he assured that Gabungan Parti Sarawak (GPS) will fight all out as one entity together with the Sarawak people unlike in Peninsular Malaysia where the Bumiputera community are divided by their political ideologies.

Abang Johari said GPS, which represents all ethnic groups in Sarawak, has plans for Sarawak development towards year 2030.

“When I talk, when the GPS ministers talk, we will implement and we are not ‘pembulak’ (liar).

“GPS will plan our development based on our own mold, like baking a cake. So we have to protect via GPS, local Sarawak leaders will take care of Sarawakians,” he said during a gathering in conjunction with the official launch of GPS Tatau (Tamin and Kakus) and the groundbreaking ceremony for the construction of Jalan Baru Tatau to Kuala Tatau and upgrading works for Jalan Kelebu to Rumah Ado at Tatau Sports Centre today.

Abang Johari who is GPS chairman, said all of these were not meant for his political interests, as he and other GPS ministers are fighting for the rights and interests of Sarawakians.

In GPS, he said, the decisions are made collectively by all components in the coalition as it cannot be ruled by one race but by all races in Sarawak.

Touching on the two road projects, he said it reminded him of the late Tok Nan (former Chief Minister Pehin Sri Adenan Satem) who fought hard for Sarawak to have its own highway and the Pan Borneo Highway was Tok Nan’s legacy left for the people of Sarawak.

During the event, he announced that the state government will build a waterfront for Tatau people, if GPS is given a strong mandate in the upcoming state election.

This, he said, includes the implementation of more development projects in other rural areas.

On another note, Abang Johari said the existing policies and development plans of Bintulu Development Authority (BDA) will be restructured in order to give emphasise on rural-centric development.

He said to enable holistic growth to the existing development in Bintulu, the state government needs to have the appropriate policies.

Thus, he said, restructuring on BDA’s development policies need to be carried out.

“We will change BDA’s policy, priority will be given to rural communities in order to have fair development,” said Abang Johari who is the chairman of BDA.