Saturday, May 15
You are at:Home»Features»White Rajah’s life story to hit the big screen 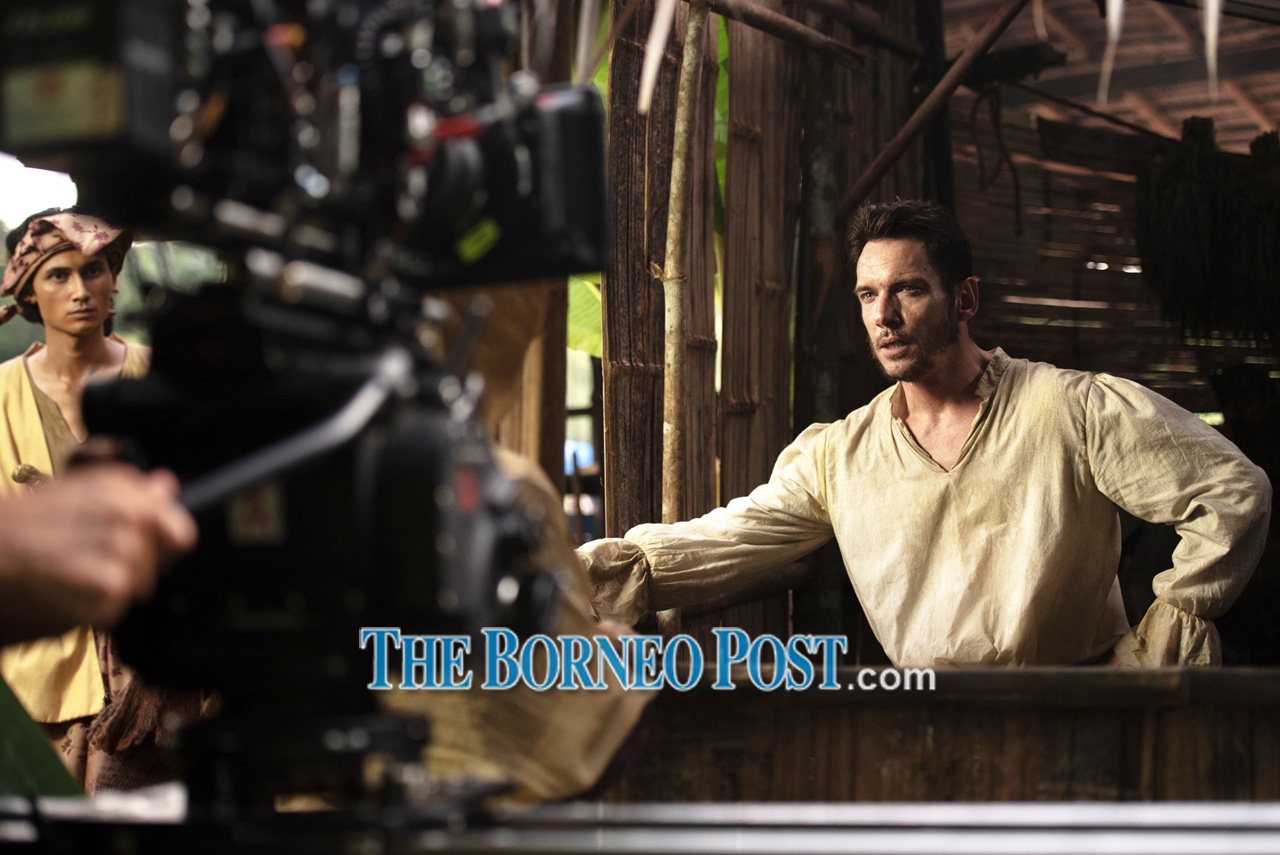 Meyers is seen during a scene from Rajah. – Photo courtesy of Rob Allyn

GROWING up, many of us would have come across the name Sir James Brooke in our history books.

We learned how this former British soldier, who sailed to Borneo in 1839 in search of adventure and fortune, came to be known as the White Rajah after helping the Sultan of Brunei crush a pirate rebellion and suppress piracy in the region.

Having won the Sultan’s gratitude, he was bestowed the title ‘Rajah of Sarawak’ and would go on to rule Sarawak until his death in 1868.

This historical tale of how an Englishman founded the Raj of Sarawak and created a dynasty, spanning three generations over a hundred years, is a fascinating and inspiring true story deserving of film adaption.

Word has it that Hollywood had attempted to make a movie out of Brooke’s true life story for years, going as far back as the 1930s, when legendary actor Errol Flynn even wrote a script called ‘The White Rajah’.

Though none of these attempts came to fruition, it looks like Brooke’s biopic will finally come to life in a Hollywood feature film called ‘Rajah’, starring famed Hollywood actors Jonathan Rhys Meyers in the titular role and Dominic Monaghan as Colonel Arthur Crookshank.

The film is directed by Michael Haussman, an award-winning director, who has worked with Madonna, Justin Timberlake, and Selena Gomez, while Jaime Feliu-Torres is the cinematographer.

Margate House Films chairman and chief executive officer Rob Allyn, who is producing the film, first stumbled across the story of Brooke while browsing in a Singapore bookstore 10 years ago.

He told thesundaypost how he became captivated by Brooke’s adventure after reading ‘Lord Jim’, a novel written by Joseph Conrad.

“I’m a great admirer of Joseph Conrad and ‘Lord Jim’ was based loosely on the life of Sir James Brooke. He was also the inspiration for Rudyard Kipling’s ‘A Man Who Would Be King’.

“I love swashbuckling adventure stories like these. It gave me an idea to produce a movie about Brooke and I started working on the script about eight years ago,” he said.

The film ‘Rajah’ is made with Brooke Heritage Trust, serving as the film’s technical advisory, and the support of the Sarawak Tourism Board as well as the Film in Malaysia Incentive’s rebate on Qualifying Malaysian Production Expenditure.

In 2013, Allyn, together with his actor son Jake and Brooke Heritage Trust director, Jason Brooke, the grandnephew of Vyner Brooke, came to Sarawak to see if it was possible to shoot the movie in the state.

“We’ve been working on the movie ever since. Last summer, we started the production design and designing all the sets. The costumes are designed by renowned Malaysian costume designer Akma Suriati Awang whose works have been featured in movies like ‘Anna and the King’.

“We brought our construction and production design team to Kuching in May this year and they’ve been building sets and finalising locations,” Allyn said. 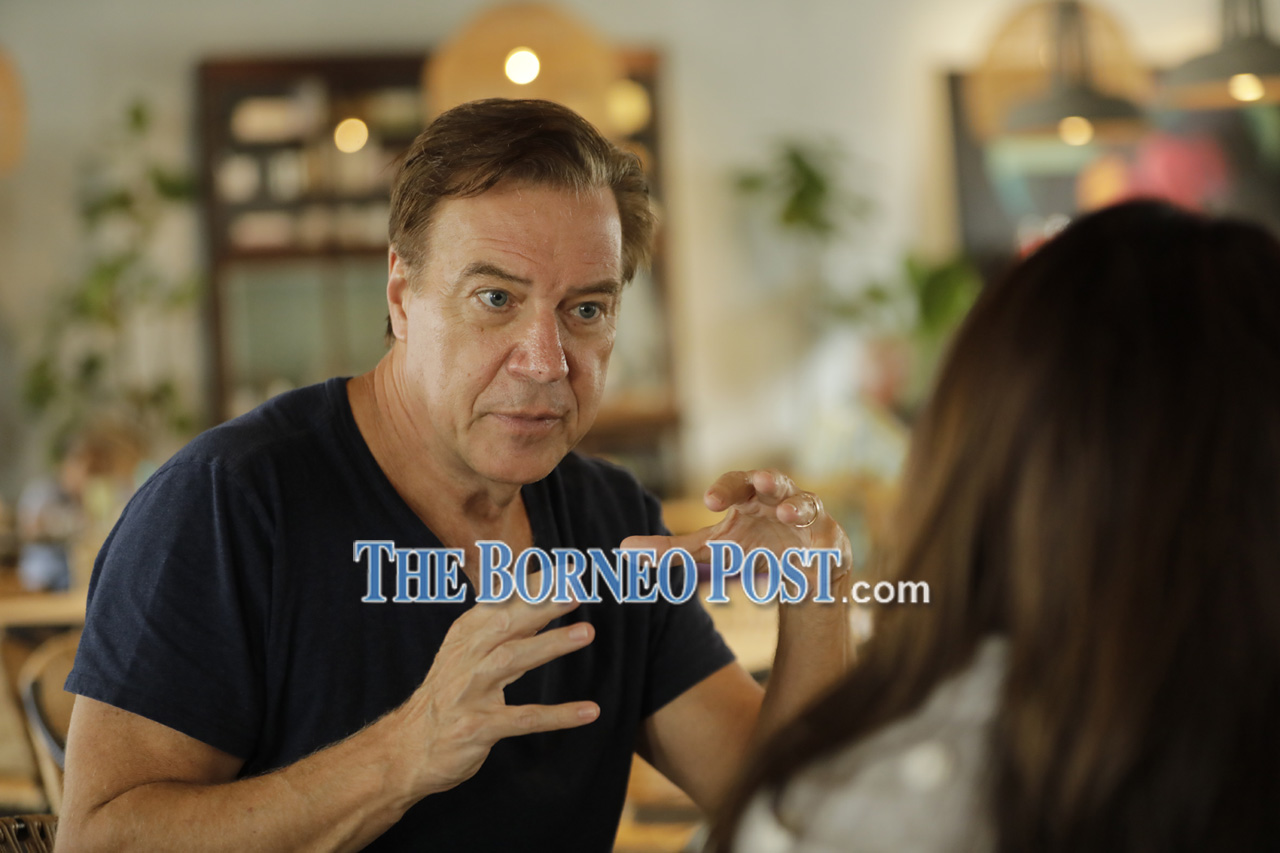 Shooting of the movie has started in Kuching and the first take was at the Sarawak Cultural Village (SCV) on Tuesday. The movie will be filmed entirely in the state until the end of next month.

“The whole movie is shot on location in Sarawak —around 90 per cent outdoors, making Sarawak a truly natural studio,” Allyn said.

Among the locations to be featured are Santubong, Bako, Bau, and Siniawan.

Allyn revealed an ‘Old Kuching’ has been built up in Siniawan with its old historic wooden shophouses and the back of these buildings would be clad with bamboo thatches (attaps) made by women from villages all over Sarawak. 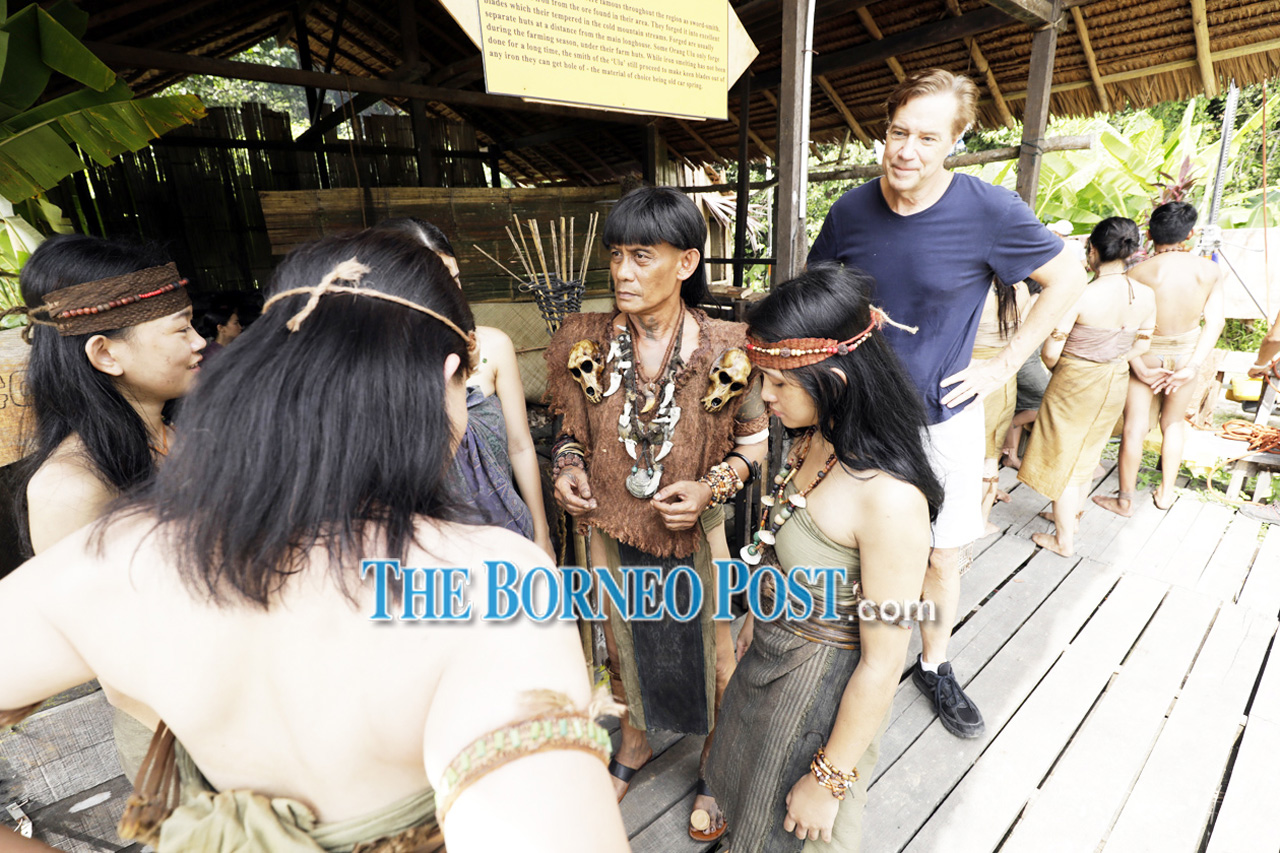 Allyn (right) oversees the cast while on set during the filming of Rajah at SCV. Peter is at second right. – Photos by Chimon Upon

“We’re also constructing Brooke’s house, his palace and audience hall, the mosque of Prince Badruddin, a major character in the film, as well as a whole Malay village in a jungle near Siniawan. We have to burn the village halfway down to make it look like it has been destroyed by pirates.”

He added that apart from the outdoor locations, the production team had also taken over the whole of Borneo 744 in Bintawa for production offices, workshops, sound stages, production design, wardrobe, and props.

“We’re building sets there, including the cabin interiors of Brooke’s ship, The Royalist, and also using the interiors for sound stages. All of the interiors of the movie such as the Palace of Brunei and the bedrooms of the prince are shot inside.”

On casting Meyers as Brooke, Allyn said the Irish actor has always been his first choice to play the White Rajah.

“Jonathan was brilliant and wonderful in Woody Allen’s movie ‘Match Point’ and also in ‘Bend it Like Beckham’ but he’s also not afraid to play different sides of his nature and is willing to take on much darker roles like King Henry VIII in ‘The Tudors’.

“He’s also a very good linguist as seen in ‘The 12th Man’ where he played a German assault unit leader. He spoke really good German in the movie despite not knowing the language.” 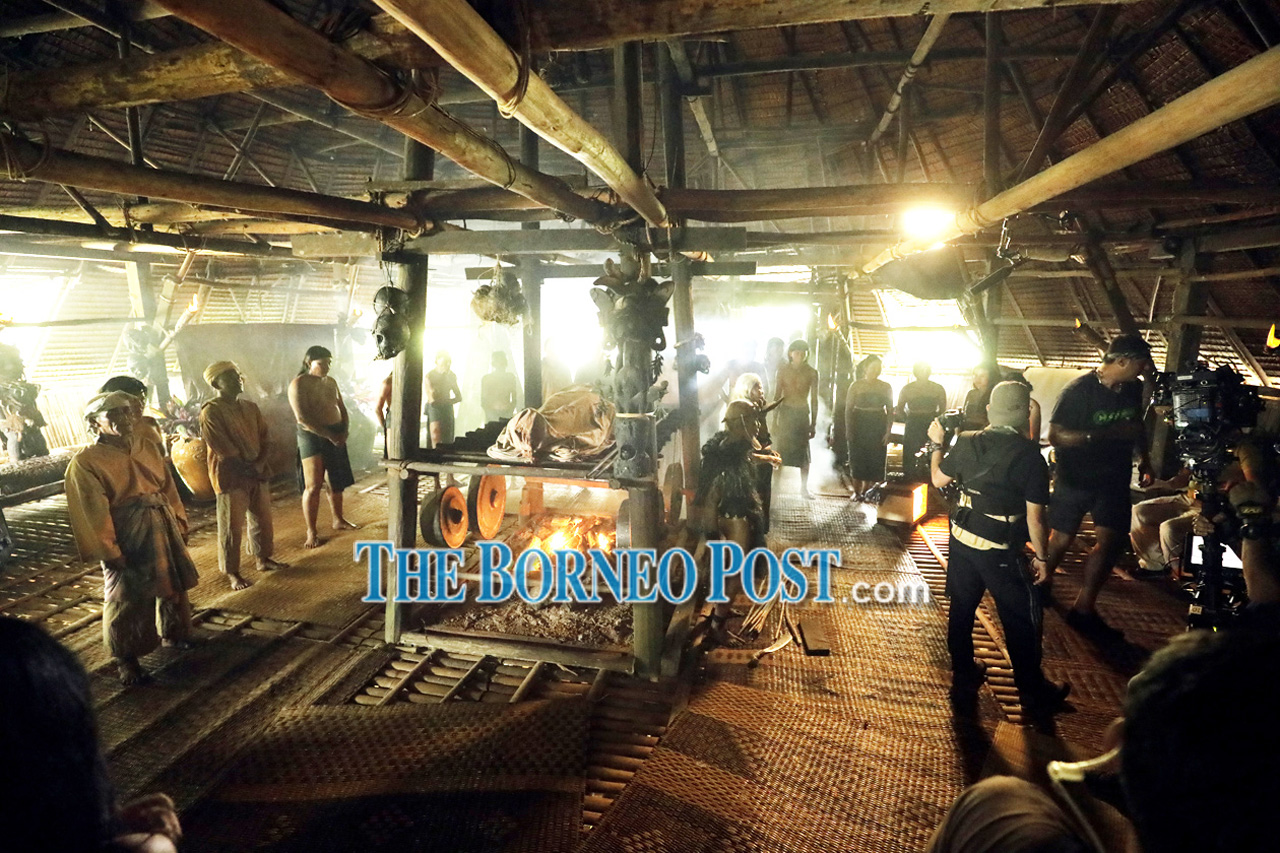 Allyn recalled how Meyers took the liberty to learn the multiple languages which will be used in ‘Rajah’.

“There’s a scene where Brooke quotes the Quran and Jonathan offered to do it in Arabic. At the very first table read, he had already learnt the lines on his own.

“He also requested for a Sarawakian Dayak assistant who could help him with his lines and accent for scenes where Brooke speaks in the local language.” 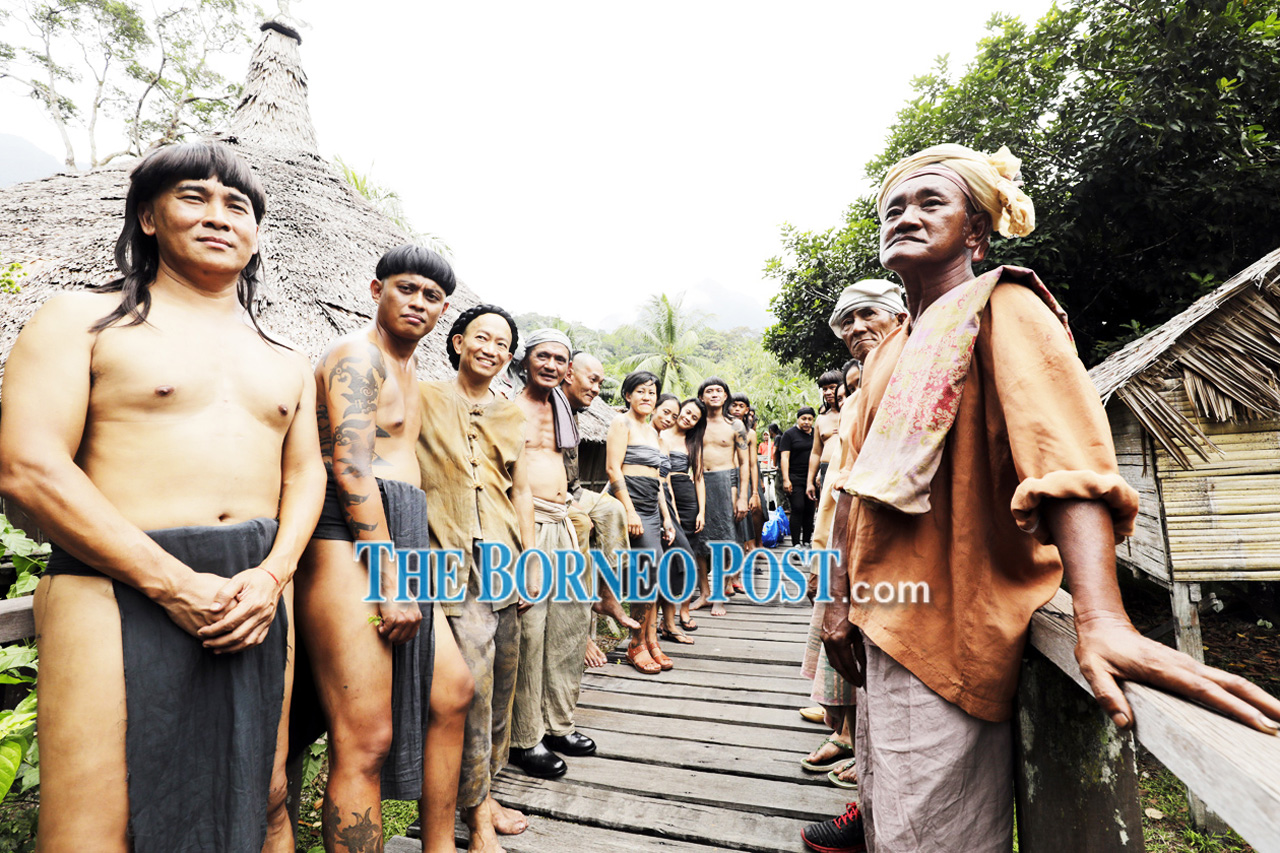 Allyn and Haussman want to make sure they cast ‘authentic’ actors for the film.

“It’s very important for us to have authentic Sarawakian ethnic actors who have Malay, Dayak, and Chinese features. So all the characters who are meant to be Malay, Bruneian, and Dayak have all been cast from Sarawak, Malaysia, and Indonesia.

“It’s only actors playing either the English or Chinese characters who are from outside Malaysia and Indonesia,” he said, adding that auditions took place in London, Los Angeles, New York, and Sydney. 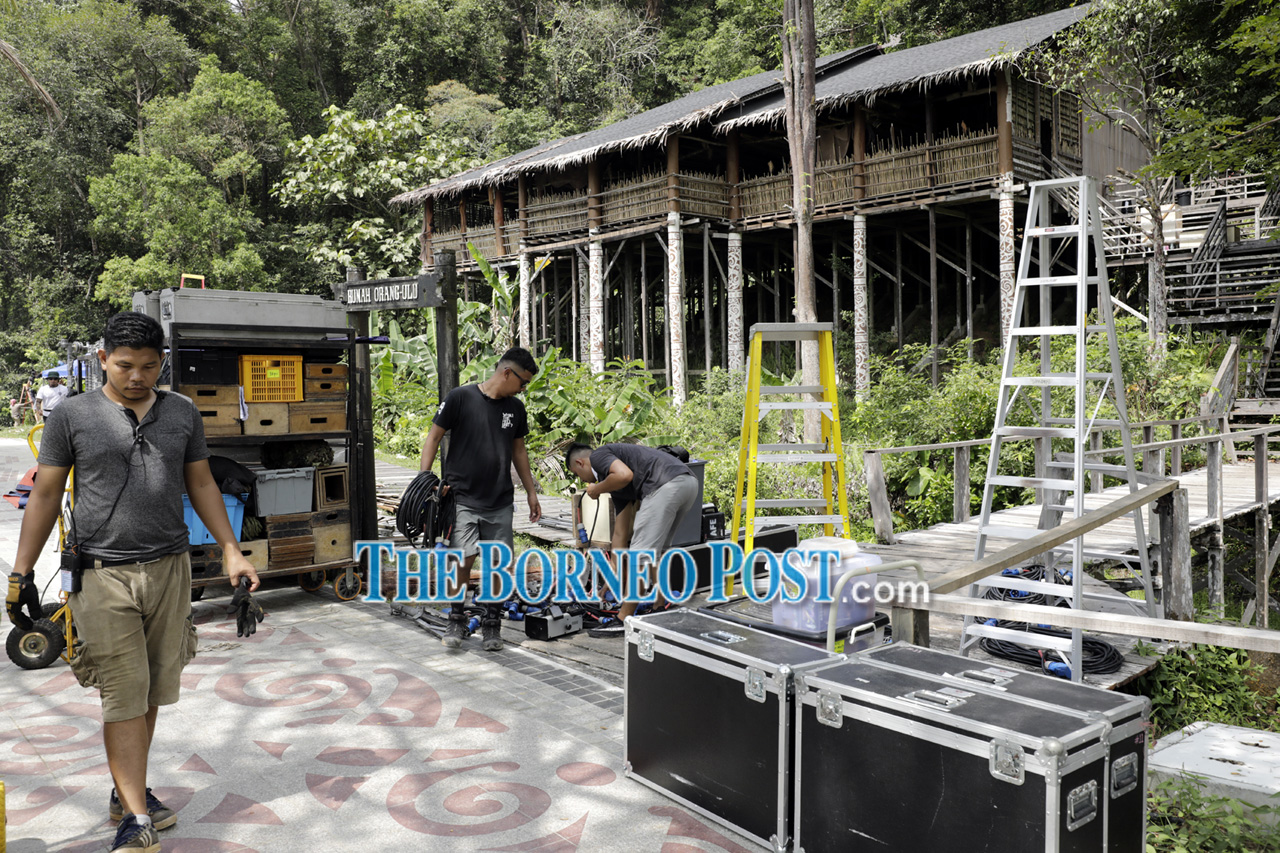 The film crew prepares equipment outside the Rumah Orang Ulu at SCV.

“One of the characters is Orang Kaya, the name he was known as. He was the most important Tribal Dayak chief whom Brooke was very close to. Peter came to audition for the part and Michael just loves his performance as he’s very authentic, and has great dignity and gravitas,” Allyn said.

As for Kahar, he added, the local theatre actor plays Datuk Patinggi Ali, a Malay noble who became the number one ally of Brooke when he became Rajah.

“The character was originally in rebellion against the Sultan of Brunei and Brooke defeated him in battle. Prince Mahkota wanted to cut off his head but Brooke stopped him and showed Ali mercy.” 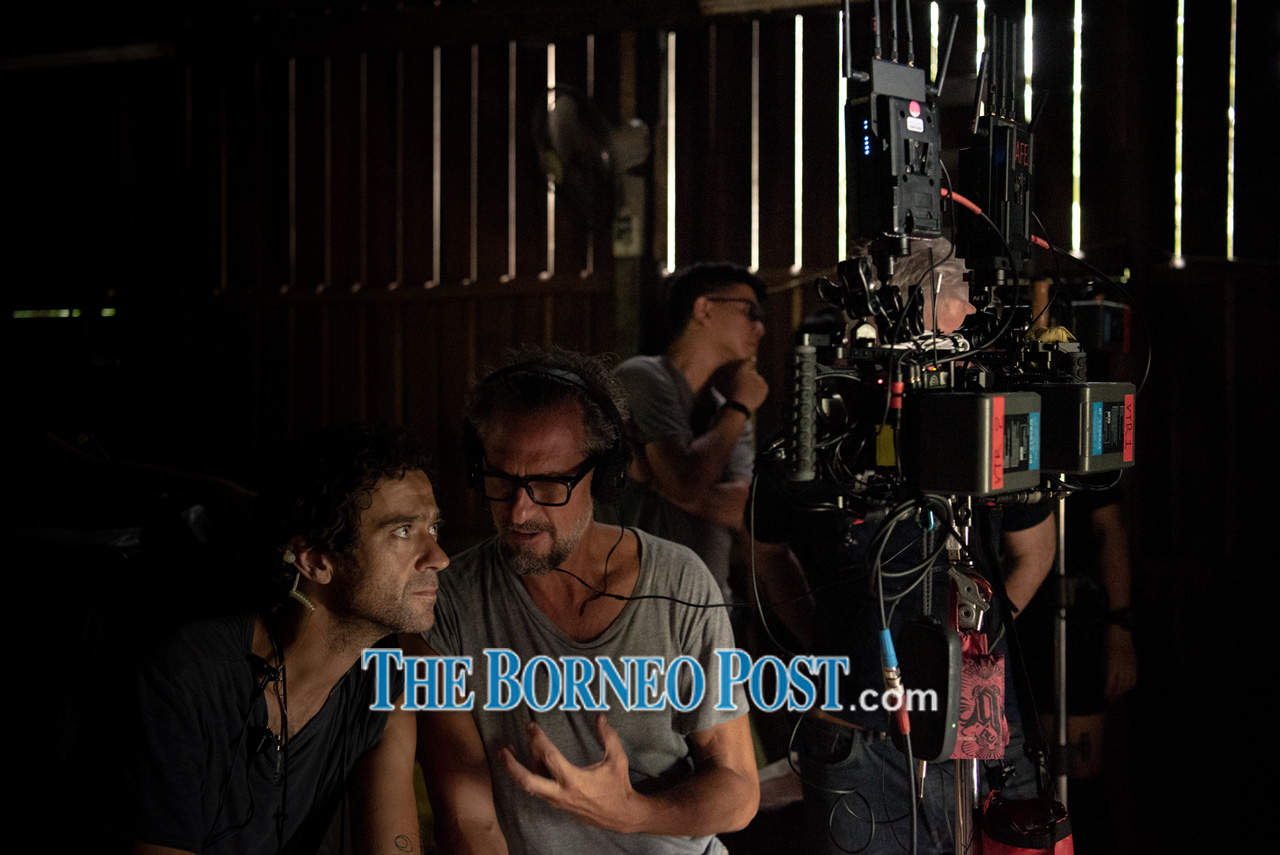 ‘Rajah’ is expected to be released next year with Allyn targeting for the movie to debut at the Cannes Film Festival before it hits the big screen.

“We’re hoping to finish filming in time for the Cannes Film Festival around May 2020.

“After that, it will be a worldwide release probably around mid-2020.”

Allyn said audiences could expect the movie to be a “big, swashbuckling romantic adventure”.  “It’s a story about Sir James Brooke and how he fell in love with Sarawak not only for its culture, wildlife and beauty but also its people.” 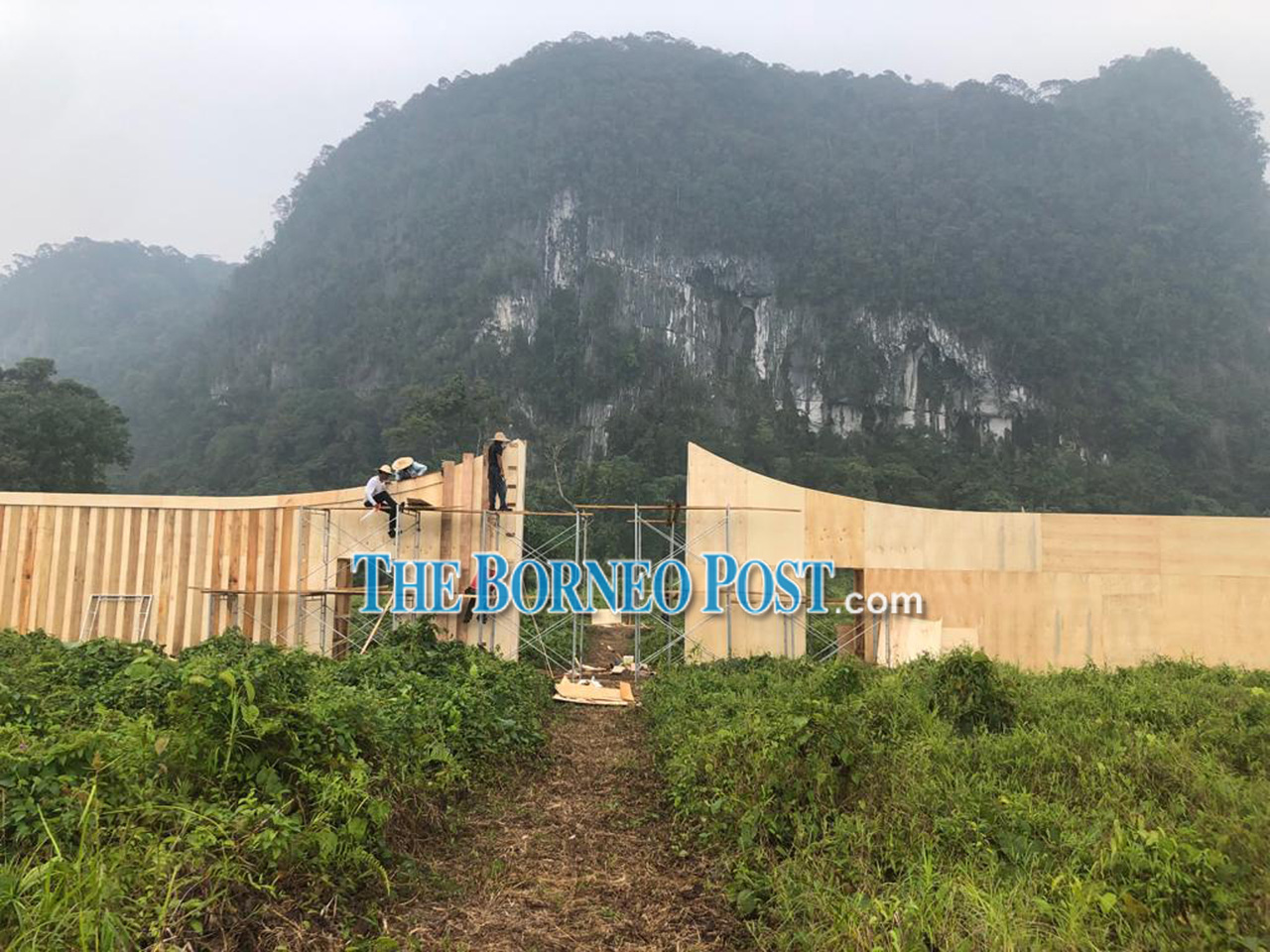