Sunday, January 19
You are at:Home»News»Sabah»Foodpanda riders on strike 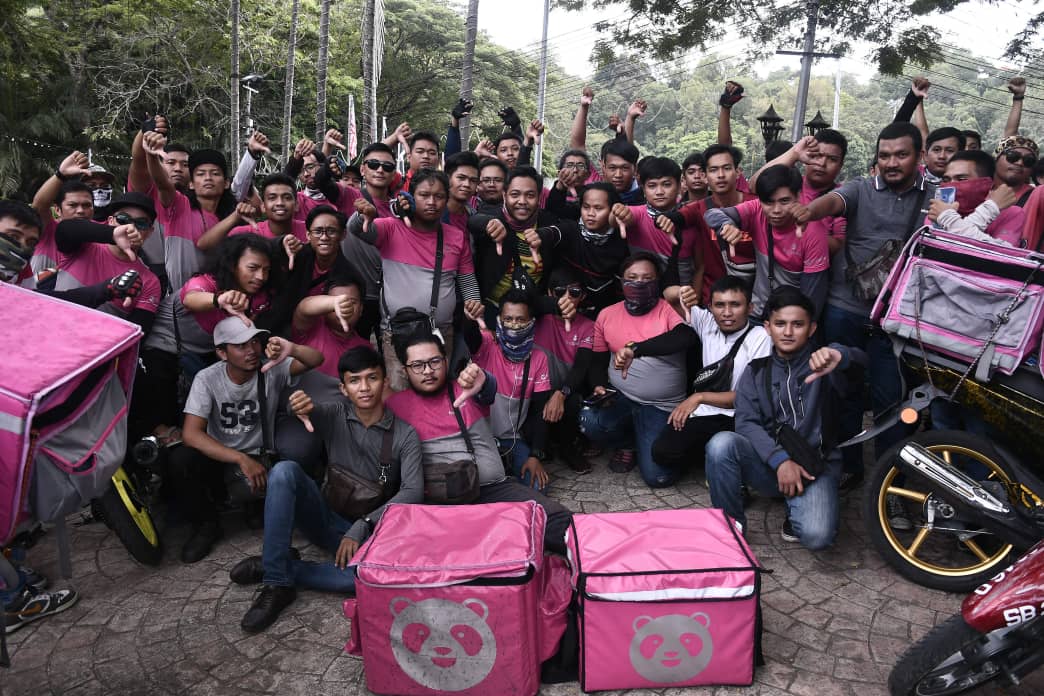 The Foodpanda riders on strike.

KOTA KINABALU: About 100 Foodpanda riders here went on a work strike in protest against the new payment scheme introduced by the online food delivery company.

Claiming that the new scheme is of no benefit to them, the group gathered at Padang Bandaran in the city centre here from 8 am to 2 pm and refused to work for the day.

The riders want the company to restore the previous system, failing which they threatened to continue with the strike today, with the possibility of riders in other affected states doing the same.

Foodpanda announced a new payment scheme to boost the income of all its riders outside the Klang Valley from Monday.

Erwin Omar who spoke on behalf of the group on strike, explained that while the new scheme rewards riders more for each order, they no longer get paid for the hours they are working.

He also claimed the new scheme applied to all riders across the country except those in Kuala Lumpur and Selangor.

Under the new scheme, a rider will be paid RM7 for each order as opposed to RM5 in the previous plan, he said and disclosed that under the old scheme, riders would also be paid RM4 for each working hour.

In the previous scheme, a rider will be paid according to a pay hierarchy ranging from Batch 1, being the highest, to Batch 5 the lowest, he said.

Batch 1 rewards riders RM5 for each order, Batch 2 RM4, Batch 3 RM3.50 and RM3 for Batch 4 and 5. They are also paid an extra RM1 for each working hour on Saturday and Sunday.

Under the new scheme, Erwin said they would be paid between RM7 and RM4.50 for batches 1 to 6, adding they are not paid for the hours they are working.

“This also depends on how long you’ve been working – new riders will get less because they come under the lowest batch … this is unfair to us,” he said, adding he started working with Foodpanda in June.

He said the new incentive of RM100 for completing 60 working hours is also not beneficial to them.

“For 60 hours, we could have gotten RM240 (RM4 per hour x 60) in the old system so we have lost RM140 with this new one,” he said, adding that riders here are further burdened with the reduction of shifts for the some 500 riders in the state capital.

“The weekly roster can only accommodate between 200 and 300 riders. So how about the rest? If they can’t get jobs, then how can they get paid? And even when there are jobs, riders can only get three hours the most with the current roster. How many orders can we complete in that time?” he said.

Asked if the riders on strike feared they would lose their jobs because of the protest today, he said: “We are just voicing our rights as riders who do our best to deliver food to customers, sometimes at the risk of our own safety.”

“After that, we might just look for other jobs if the conditions do not get better,” Erwin said and added there were riders in the city who did not agree with the strike.