Saturday, January 22
You are at:Home»Sports»Sarawakians stage a commendable show at muscle battle in Singapore 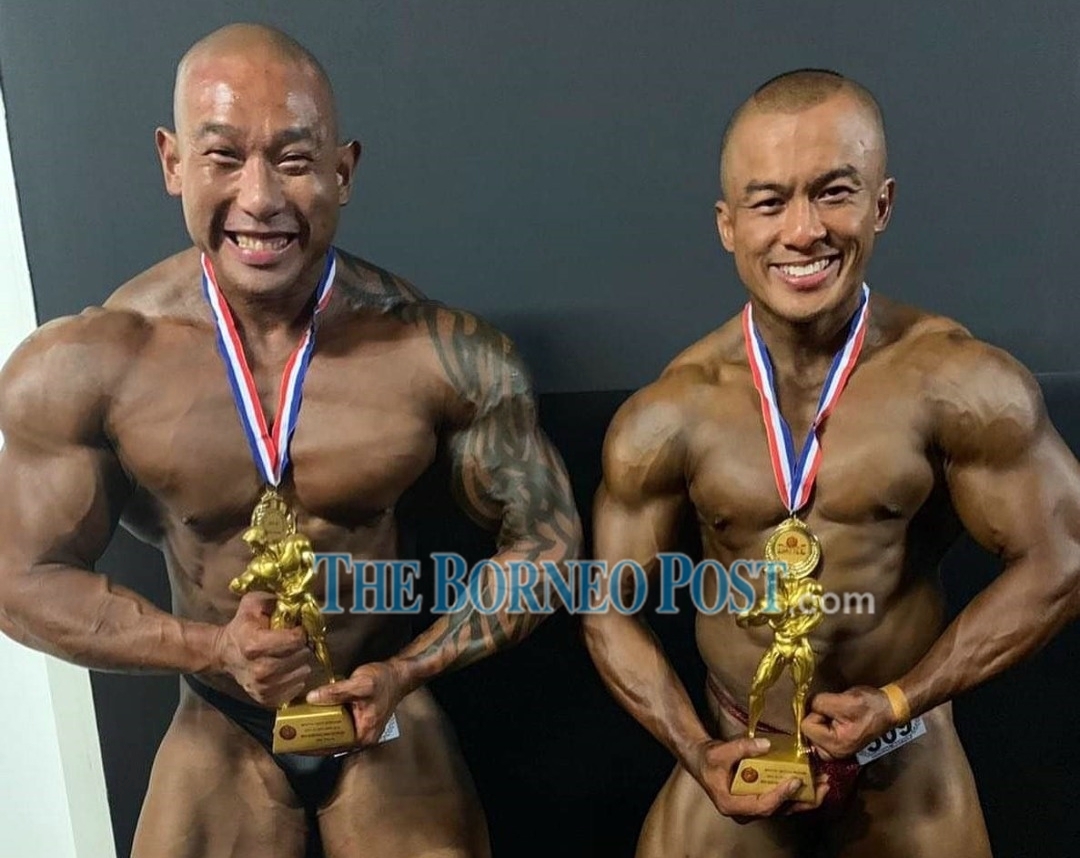 Chan (left) and Jeremiah with their trophies and medals.

Eddie Chan, Jeremiah Rukong and Tina Nubib managed to place among the top three finalists of their respective categories in the event, which took place at the Festive Arts Theatre @ Our Tampines Hub.

For Chan, 37, the Singapore outing was his regional comeback after he last competed in FitWhey Classic 5.0 in Bangkok, Thailand back in 2016, where he placed among the top 10 in the Pro Class category.

“I think I have become leaner this year, maintaining five per cent bodyfat. My stringent regiment, including diet, began in April.

“I must say that I am not the easiest person to be with when I’m dieting,” joked Chan, who was still in Singapore when contacted earlier today.

In this respect, he expressed gratitude to those ‘who had been very patient’ with him throughout the journey.

“Million thanks to my wife and my parents for understanding how much I had to go through; to my sponsor, who gave me all I needed for this competition.

“It’s a privilege – one that opens new doors of opportunities for me. I just can’t thank you enough,” he said.

For Jeremiah, it was a very competitive event and thus, placing second in the Men’s Bodybuilding Superbody (80-90kg) category was no small feat.

“The Chinese bodybuilders really shine this time. They have many good competitors in their line-up,” said the Bidayuh-Chinese athlete, who will turn 39 this Nov 21.

The respective champion and second runner-up of Jeremiah’s category, Zhao Ming and Ji Yang, are both from China. 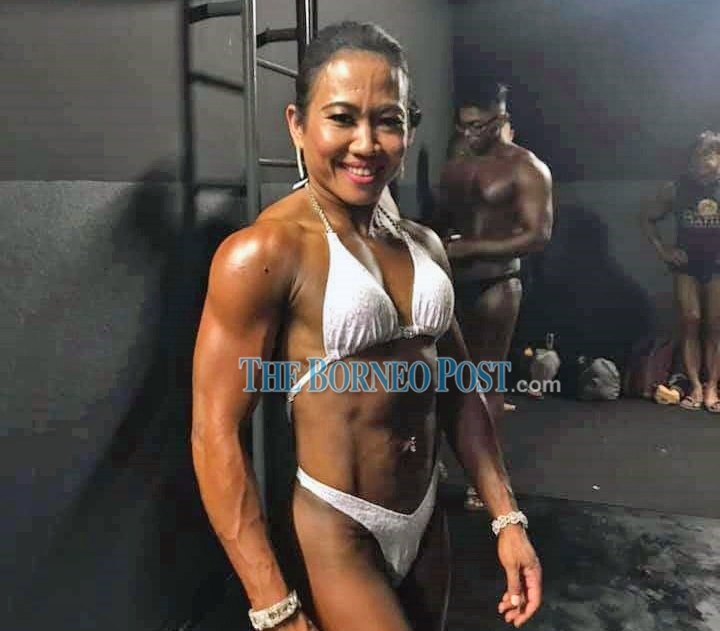 Tina strikes a pose for the camera backstage.

Meanwhile, Tina said she would want to take a break after the Singapore competition.

The 40-year-old Bidayuh finished behind champion Yanisa Prakongsub of Thailand and first runner-up Yang Lifang of China in the overall Women’s Figure Pro round.

“I am done with competitions for 2019. Nevertheless, I will keep on improving to come up with a better package next year,” said Tina, thanking her family, coach George Awi William and co-coach Martha Juliet Mervy, as well as her Nang ORI team, for their all-round support and encouragement.