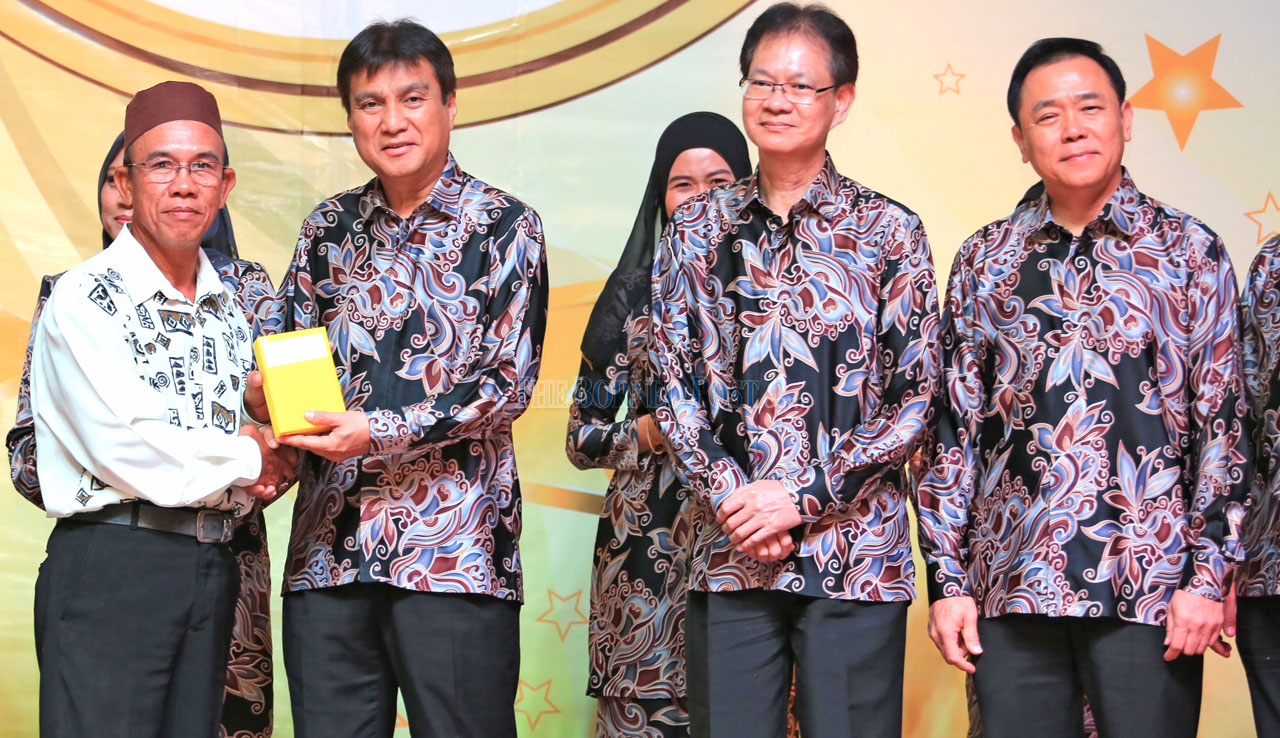 One of the retirees receives his award from Sharbini (second left). Also seen are senior management staff.

KUCHING: Sarawak Energy Berhad (SEB) honoured employees who reached career milestone of 10, 20, 25, 30, 35 and 40 years as well as this year’s retirees at its Loyalty Service Awards held at a leading hotel here recently.

The annual event marks the contribution and loyalty of employees who played a vital role in the development of Sarawak Energy and its various subsidiaries.

In his speech, SEB Group chief executive officer Datu Sharbini Suhaili thanked the honourees for their individual contribution that had enabled the corporation to reach its current status, and pave the way for future growth.

“As a result of your dedication, Sarawak Energy has grown to become one of the top government-owned companies in the country with a strong reputation regionally. The work that you have invested over the years is the reason why the company has been able to enjoy this respect today,” he added.

Sarawak Energy employs over 5,000 staff across the group in generation, transmission, distribution, retail and corporate services.

It will celebrate 100 years in 2021, to commemorate its journey from a unit under the Public Works Department in the Brooke era into the primary provider of electricity for Sarawak and the country’s largest renewable energy corporation through its hydropower assets.

Elaborating on Sarawak Energy’s achievements delivered by its people, Sharbini cited growth and improvement in generation capacity, decreased time and frequency of supply interruption, innovative solutions to rural electrification for villages located in Sarawak’s most remote hinterland and ground breaking research and green energy agenda as major highlights that the team could be proud of.

“At Sarawak Energy, people are our greatest assets and all these were possible because of your contributions as part of our high performance team,” Sharbini lauded.

Earlier in her welcome speech, senior vice president for corporate services, Siti Aisah Adenan, stated that the Loyalty Service Award dinner is one of the ways for Sarawak Energy to thank employees for their time, contribution and loyalty to the company, and to show that both current and retired employees are and will continue to be an integral part of the corporation’s growth and success.

“Your dedication and commitment at work have enabled Sarawak Energy to grow and transform into today’s organisation, allowing us to become one of Sarawak’s top employers to work for,” said Siti.