Tuesday, January 25
You are at:Home»News»S’wak govt urged to issue land titles of KMC flats to MBKS 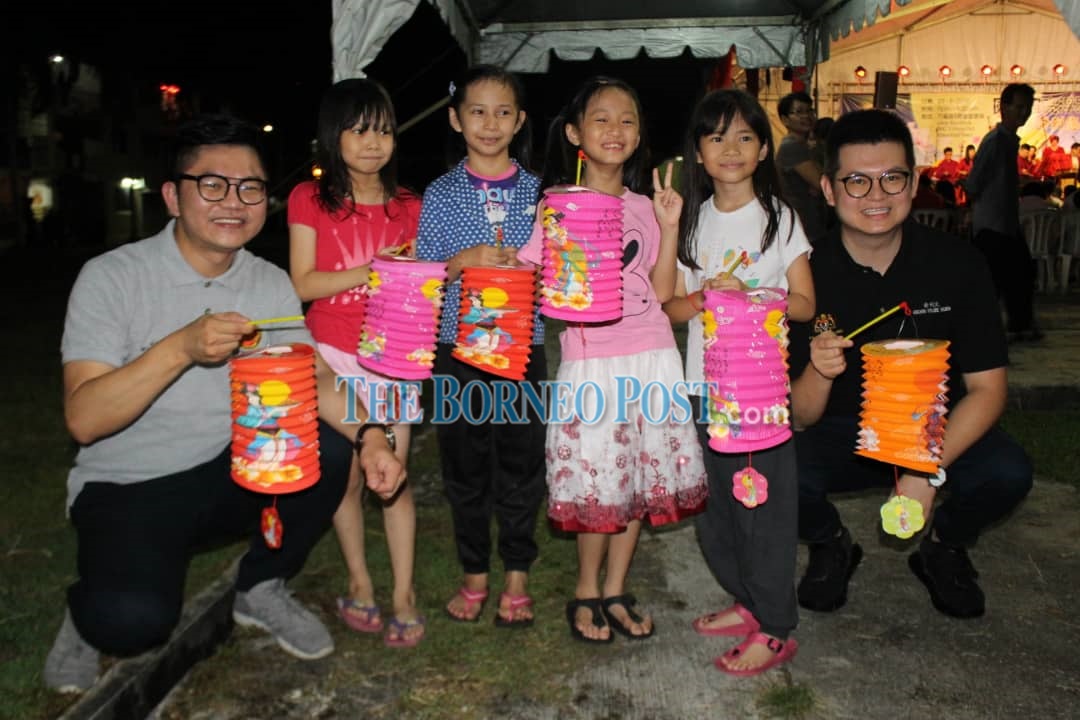 Wong (left) and Dr Yii (right) in photocall with the children joining the mooncake festival at KMC flat here while carrying paper lanterns.

By issuing the land titles to MBKS, Wong said it would be able to secure the interests of the residents living there while retaining the housing complex as a historical building and to provide housing to urban poor.

“If nothing is being done, then we will issue the land title to the local council to secure the property for welfare purpose when we come into power as the state government (in the coming state election),” said Wong.

Since the land leases of KMC flats expired in 2017, the plots of land were returned to the state government but the maintenance of the housing complex is still under the control and supervision of MBKS.

“I have to say this, this is an insecurity for the residents of KMC flats because we don’t know when the state government will alienate (the parcels of land) to any private developer as the state government, under the Sarawak Land Code, has the power to do so.”

It has been rumoured that the lands which the KMC flats sit on, are targeted in the urban renewal and redevelopment initiative but nothing has yet to be finalised.

It was also previously reported that MBKS’s application to renew the land title in 2010 was not successful as the land leases of the housing complex eventually lapsed on May 25 2017.

Furthermore, Wong also urged the newly-appointed MBKS mayor Datuk Wee Hong Seng to look into this issue so that the state government would issue the land title to MBKS as the proprietor.

On another note, Wong shared that a list of developments will soon be brought to the residents of KMC flat here, including refurnishing the basketball courts and adding new exercising facilities to enhance the comforts of the residents living there.

Among those in attendance was Bandar Kuching MP Dr Kelvin Yii.