Friday, July 10
You are at:Home»News»Unifor receives 667 applications for assistance since establishment 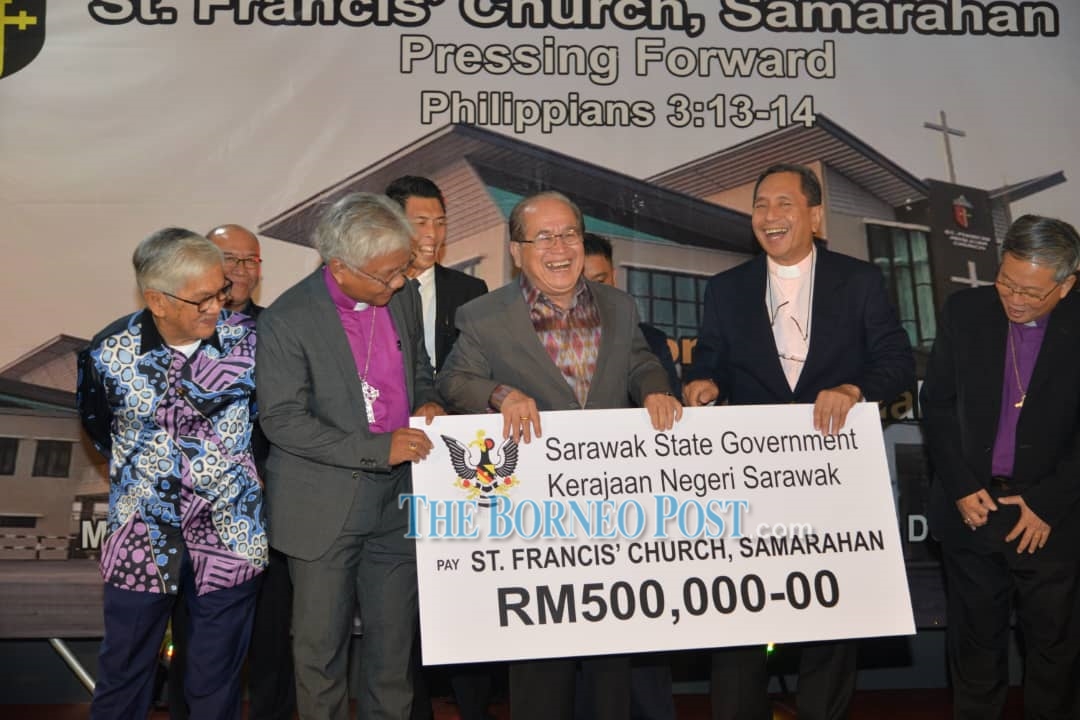 KUCHING: Unit for Other Religions, also known as Unifor, has received 667 applications for assistance from all non-Islamic religion institutions in the state since its establishment in April 2017.

“We are continuing to receive even more each month now that Unifor is a very well-known organisation. I will have to appeal to the Sarawak government to make available even more funds,” Deputy Chief Minister Datuk Amar Douglas Uggah Embas said at a dinner to celebrate the consecration of St Francis’ Church in Kota Samarahan last night.

He noted that between 2017 and 2018, a total of 373 applications, worth about RM50 million, had been approved for church construction, renovation and upgrading works in the state.

“This year, it had so far approved another RM60 million worth of applications including those announced (and approved) by Chief Minister Datuk Patinggi Abang Johari Tun Openg,” said Uggah.

Uggah said the idea of Unifor was conceived by the late Pehin Sri Adenan Satem and it was continued by Abang Johari as both of them believed in an inclusive government.

“The Gabungan Parti Sarawak-led state government is not just advocating this policy but actually practising it,” he said.

Meanwhile, Uggah called on all Sarawakians to continue to zealously preserve their very strong racial unity and religious harmony as Sarawak, in fact, is a model state to the nation due to the unity display.

He also said Unifor is currently in the midst of setting up a trustee board to assist different religions group in implementing their socio-economic activities.

Meanwhile, Reverend Canon Dennis Gimbang, who is St Francis church’s priest, told the crowd that the church was built at a cost of RM5 million and the church is still actively raising fund to pay off its costs of construction and complete the church’s furnishing.

“Without Unifor, many churches, chapels and temples will be still be in rented buildings or in dilapidated state or could not have been built for want of suitable sites,” said Dennis.

During the dinner, Uggah also announced a grant of RM500,000 for the church building fund.