Thursday, June 4
You are at:Home»News»Pursue postgraduate study at the UK with Chevening Scholarship 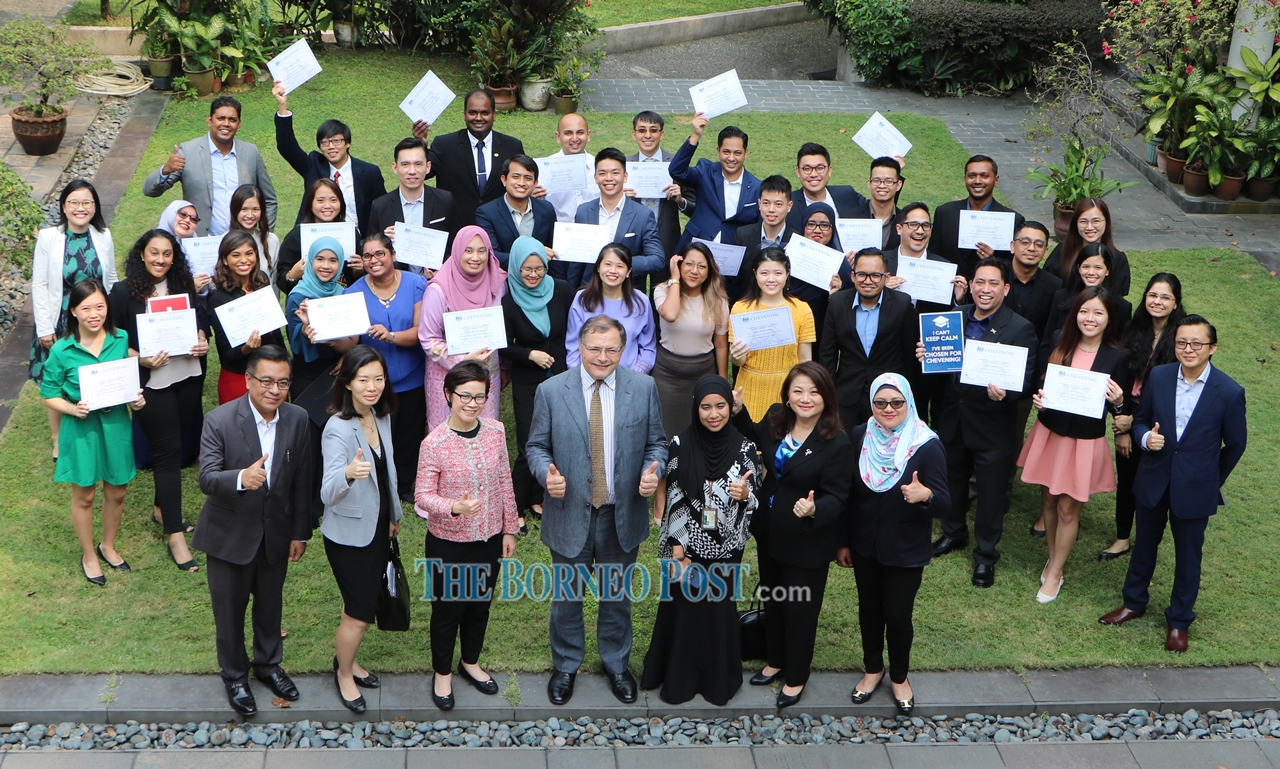 KUCHING: Working Sarawakians have the chance to pursue postgraduate study for Masters degrees in the UK by applying for Chevening scholarship.

The Chevening award is the UK government’s global scholarship programme offered by the Foreign and Commonwealth Office. In addition to the British government’s funding, corporate partners including CIMB Group Holdings Berhad, the Prudence Foundation (community investment arm of Prudential), Yayasan Khazanah, Jeffrey Cheah Foundation and British universities are on board to provide additional funding in support of the Chevening programme, he said.

“There is no age limit for applicants, open for any course at recognised UK university, but they need to have at least two years’ work experience. Last year we had 45 recepients from Malaysia and 39 this year. This year’s batch include three Sarawakians. Thus, we hope more Sarawakians will apply for it,” he told The Borneo Post when met before a talk on the scholarship here recently.

“The application is open until Nov 5 and they can apply online at www.chevening.org/apply. They need to answer four questions and provide two references.”

In Malaysia, there are usually around 800 applicants with 100 shortlisted for face-to-face interview at British High Commission Office in Kuala Lumpur for 40 scholarships, he said.

He explained that as the process takes time, those who apply this year and got awarded, they will commence their studies in UK in September next year.

The 39 Malaysians who were selected last year, had a pre-departure briefing and reception for the scholars hosted by British High Commissioner to Malaysia His Excellency Charles Hay in August.

A Sarawakian, Gilbert Lau, 40, Sarawak Biodiversity Centre Research Officer also shared his experiences. The Chevening scholar in 2006 to University of Abertay Dundee and studied Masters in Bioinformatics in 2007.

He decided to apply for the scholarship as he wanted to pursue his studies overseas not just to gain knowledge but also to experience different cultures and perspectives. The British Chevening Scholarship not only offers that opportunity but is also one of the prestigious scholarship available.

“I felt honoured, excited and nervous at the same time. It was the first time that I travelled so far away from home. My parents were proud of me as they were not expecting one of their children to study in UK under a scholarship. My father even bought a suit for me from Hong Kong.”

“Unfortunately, my father did not have the chance to attend my graduation. He passed away while I was finishing up my final project. I flew back to attend the funeral. The university was kind to extend my project submission. Chevening also extended my allowances. I graduated with distinction and definitely feel a sense of achievement that one of my life goal was achieved.”

On his personal development and career progression, he said the scholarship enabled him to pursue his Master degree which is directly related to his work.

He said he was fortunate enough to have the support of his employer to further his study. His Master degree included three months attachment with a relevant organisation to complete a final project.

“This had given me an opportunity to experience a different research environment and working culture in the UK. Upon my return, I was more confident in facing work challenges with the knowledge and skills which I gained.”

Among experiences gained whilst in the UK were learning Scottish folk dance, wearing Scottish kilt for graduation, making new friends from all over the world and introducing Malaysian food and cultures to them.

“I learned that my two German flat mates had never have a whole fish served. I remembered during one of the dinner, I pan-fried a whole fish and topped it with fried onions and garlic sauteed with soya sauce. They told me that only had fish fillet and were really curious but finished the whole fish and complimented me on my cooking. It was also the first time I heard about poulty allergy from one of them. Since then, I am always alert about food allergy when bringing foreign friends dining.”

On the Chevening alumni, he admitted that he is not active but the alumni network has thousands of members with different areas of interest around the world.

“You could tap into a wealth of knowledge and friendship by being in the network,” he said.

The Chevening programme began in 1983 and Malaysia has over 1,600 alumni members.