Wednesday, December 7
You are at:Home»News»SugarBun enters into drinks supply deal with Coca-Cola 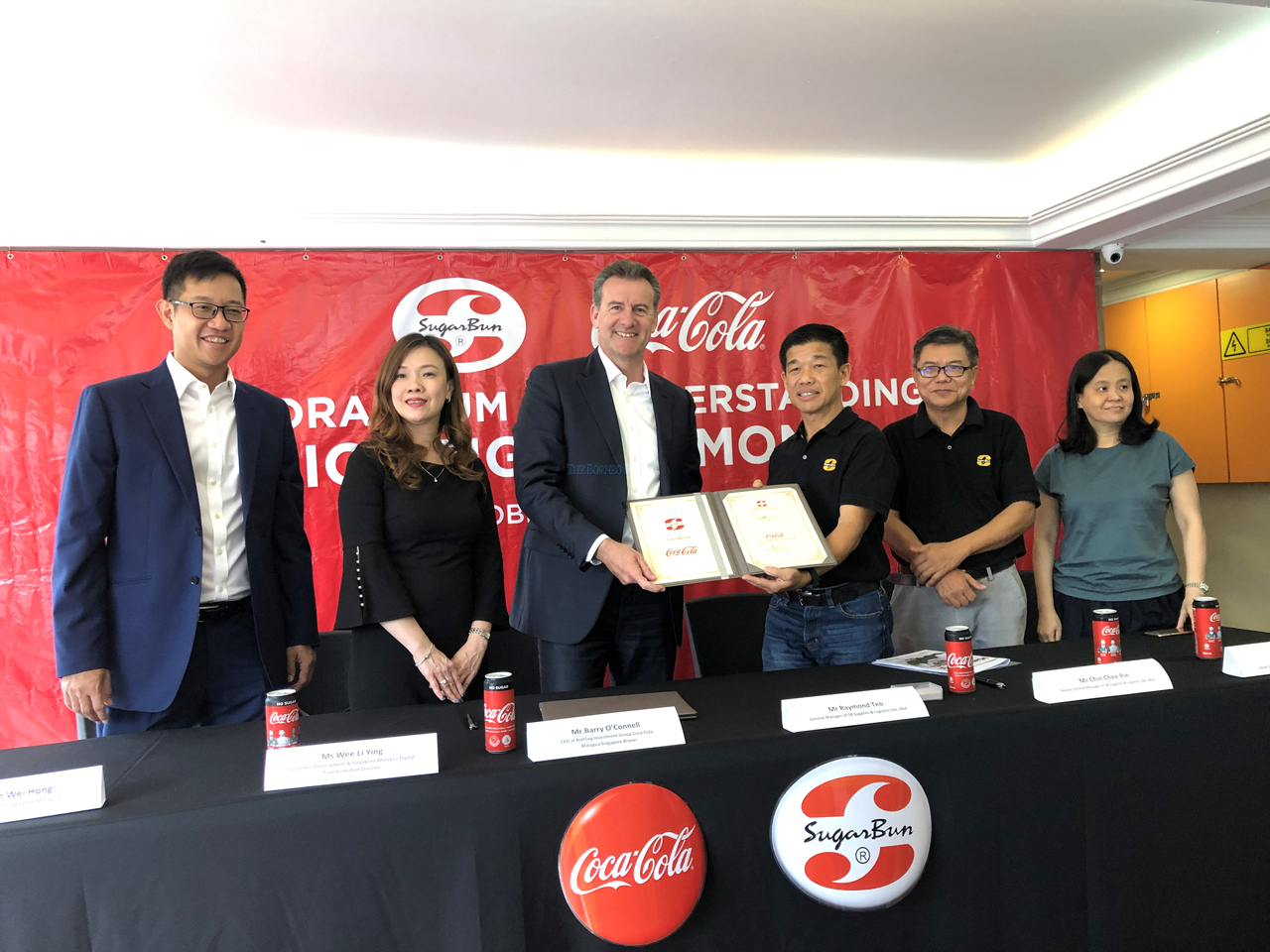 Teo said the MoU, set to integrate Coca-Cola’s range of beverages into all 87 SugarBun outlets and 46 Pezzo outlets across Malaysia and Brunei, marked another milestone for the homegrown fast-food chain.

“We are proud and honoured to work with Coca-Cola Malaysia as the official beverage supplier to all SugarBun and Pezzo outlets and look forward to this partnership,” he told reporters during a press conference held after the MoU signing ceremony at Wisma SugarBun here yesterday.

According to Teo, SugarBun currently has 77 outlets nationwide as well as outlets in Brunei, Melbourne (Australia) and Bangladesh.

“We will soon be opening our first outlet in Jakarta, Indonesia, by the end of this month. We’re very excited and eager to see how SugarBun would fare in Kelapa Gading, Jakarta,” he said.

Meanwhile, O’Connell regarded the partnership between Coca-Cola Malaysia and SugarBun as ‘a momentous occasion’ for the two companies.

“In the last six years, the rate of expansion for SugarBun has been highly significant and we see ourselves as being a partner, which can help with SugarBun’s expansion,” he said.