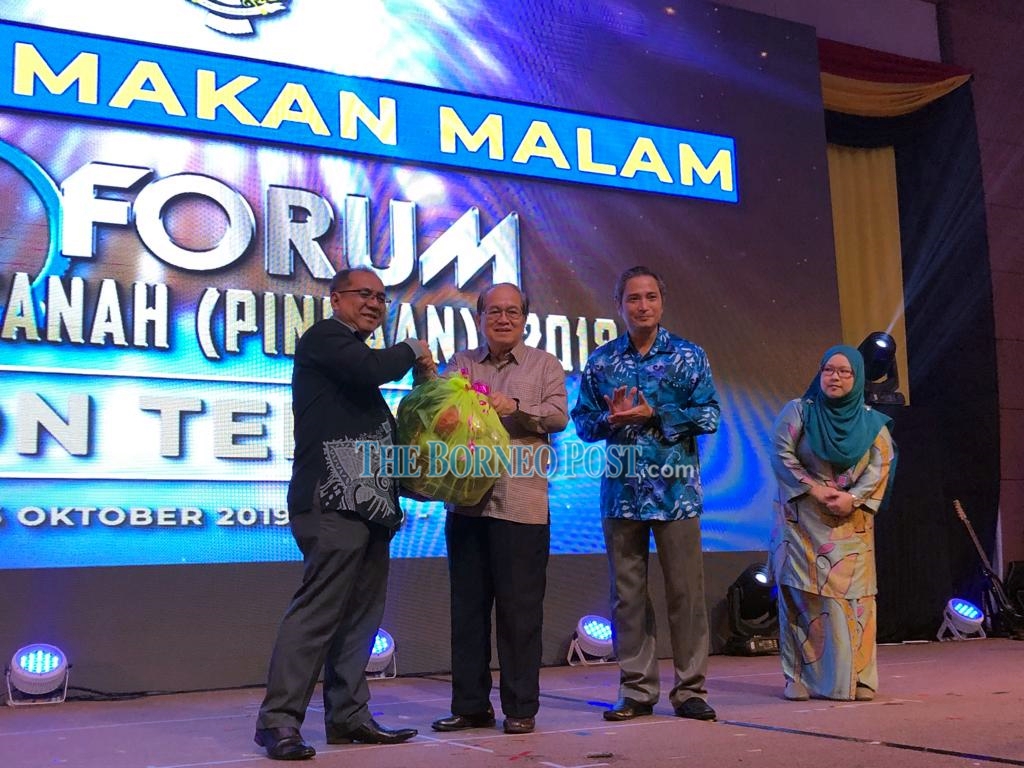 SIBU: Majority of native landowners in the state have now accepted the government’s programme to do the perimeter survey under Section 6 of the Sarawak Land Code on their Native Customary Rights (NCR) land, said Deputy Chief Minister Datuk Amar Douglas Uggah Embas.

Uggah, who is also Minister of Agriculture Modernisation, Native Land and Regional Development said this was despite of relentless accusations, instigation and lies spread to boycott the programme.

“l am very pleased with their decision to accept the move which is aimed solely at determining the boundary between state and NCR land.

“I am very thankful with their acceptance for it will help to solve problems later on,” he said when addressing at a dinner in conjunction with the Land Code (Amendment) 2018 forum for Central Zone at Kingwood hotel here last night.

About 400 participants comprising all levels of community leaders and senior civil servants from Sibu, Kapit, Mukah and Sarikei were in attendance.

He said the state government was now working hard to complete the measurement work which had begun in 2010.

“The state government will continue the work of measuring NCR across Sarawak with an estimated 1.5 million hectares to be completed to safeguard the rights and interests of the people even if certain parties try to eradicate it,” he said.

He said a total of 11,889 letters of title (grant/grant of land) had been handed over to the owners.

“The government will continue and intensify this programme because it is very beneficial to the Bumiputera community and not to the detriment of what some of the parties may say which may have hidden intentions.

“There are certain political parties who are trying to influence NCR landowners in the state which not allow the government to measure their land under Section 6 of the Sarawak Land Code and insist that their land will be seized by the government,” he said.

Of the 2.2 million NCR lands surveyed using Section 6, Uggah explained that not a single acre of land was seized by the government as alleged.

“The allegations are completely false because the Government intends to use the NCR land for public benefit and the landowners will be paid a fair amount of compensation,” he explained, adding that the government had challenged the party to prove the lands measured under Section 6 of The Sarawak Land Code was seized by the government but to this day they have failed to produce any evidence.

Uggah also took the opportunity to thank Sarawakians for their support and cooperation with the government in implementing the NCR land survey programme in the state.