Wednesday, December 8
You are at:Home»Business»Khazanah to pare down debt lower to RM35 bln 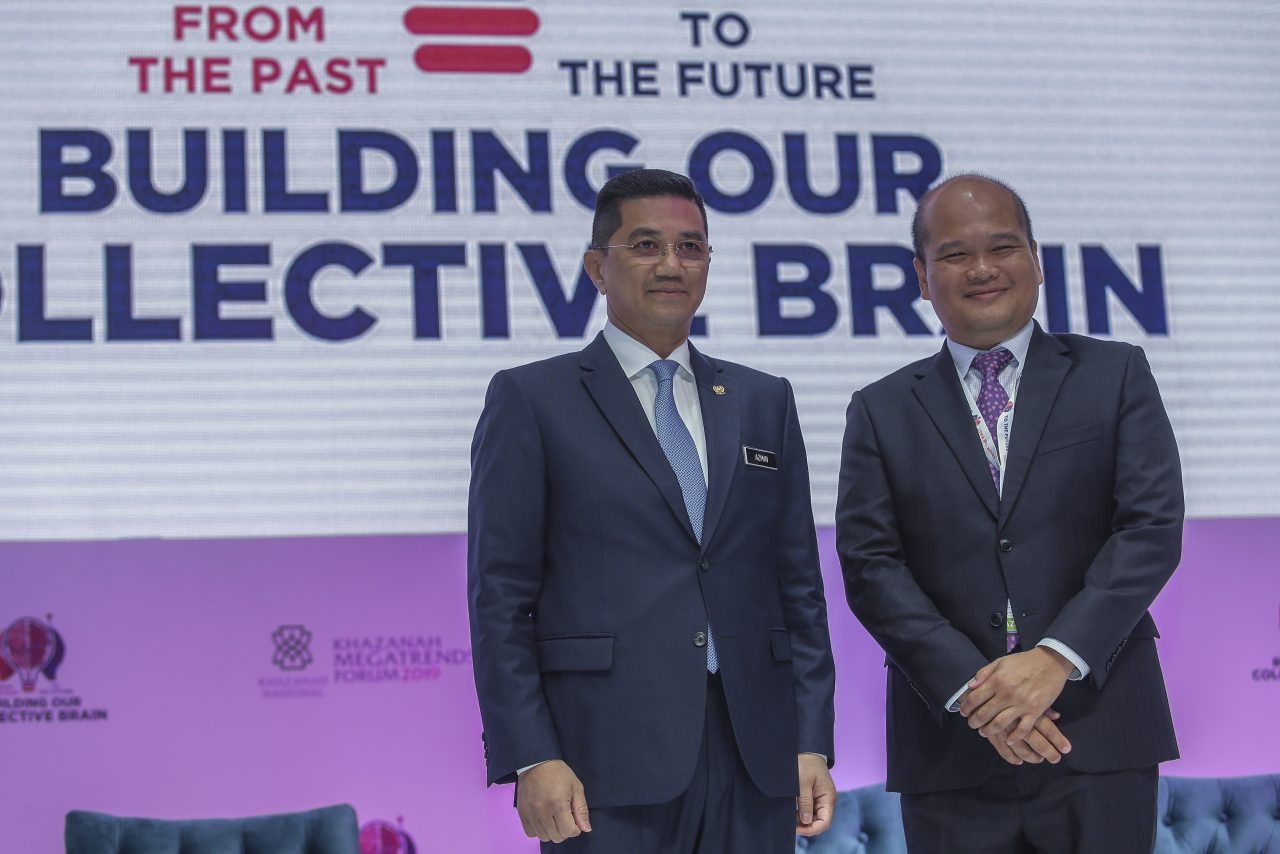 The disposals and selling exercise to reduce Khazanah’s debt according to him, have proven successful to date, as the country’s sovereign wealth fund is on track on lowering its debt to RM47 billion from RM55 billion a year ago.

“The process of selling assets is a normal business deal for Khazanah and also the Employees Provident Fund (EPF), but we must ensure that the assets that we’re going to sell will generate money and (providing) new funds for us to re-invest into other assets and make more profit.

“For the last 10 years, Khazanah has been selling assets worth about RM65 billion. It is not something out of ordinary, it just requires strategic consideration based on the market situation, creating value to our assets,” he told reporters after delivering the opening speech at Khazanah Megatrend Forum 2019, yesterday.

Khazanah’s managing director Shahril Ridza Redzuan in a recent interview said despite managing to reduce its debt to RM47 billion, the fund has also managed in generating RM9 billion in revenue during the same period.

The country’s sovereign wealth fund he said is expected to recover and generate RM5 billion in potential revenue this year.

“Although the value of our assets is still at RM130 billion, our debt has dropped by RM10 billion, so in terms of our net assets or our net balance sheet, it has been stronger.

“From our projection, Khazanah can and should have a debt of around RM35 billion because by using a combination of debt and equity from our government, we can maximise our income,” he said in an interview on RTM.

Meanwhile, on finding the right partner for Malaysia Airlines Bhd, Mohamed Azmin said that Khazanah has received some proposals about the matter and was currently assessing it.

“Currently, I’m not in a position to disclose any details because the assessment process is still ongoing. Once Khazanah and MAS conclude the exercise, then we will make the proper announcement,” he added.

In his speech earlier, the government according to him is committed into providing a more inclusive growth model that would take care the well-being of all the rakyat, more so if they are less fortunate and
poor living in rural or urban areas.

“Nevertheless, to breathe life into this modern-day distributive justice, we cannot ignore the prerequisites, that is, to grow and enlarge the economic pie so that all Malaysians can enjoy the prosperity of the nation more equitably.

“While it is important for the government to maintain fiscal discipline, we also need booster jabs for the economy to grow and become hale and hearty,” he said.

Azmin added that the 12th Malaysia Plan beginning from 2021 to 2025 will be the first phase to operationalise the Shared Prosperity Vision 2030 (WKB2030), where the objectives and spirit of the ten-year plan would form the underlying philosophy to drive sustainable and inclusive growth.

“As we plan for Malaysia’s next stage of economic development, we are cognisant of the global economic uncertainty.

“Nevertheless, we must be armed with the certainty that our nation has developed resilience and extensive know-how and thereby, draw lessons from our political and economic history,” added Azmin. — Bernama