Wednesday, March 3
You are at:Home»News»Sabah»Malaysia home for all Malaysians – Ongkili 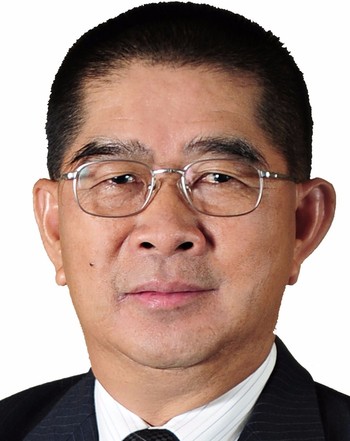 Pointing out Malaysia does not belong to the Malays only, Parti Bersatu Sabah President Datuk Seri Dr Maximus Ongkili expressed disappointment that the minds of some quarters are still trapped in the pre-Malaysia era.

“I am shocked that 62 years after Malaya gained its independence, there are still groups who claim that this country belongs to one particular race only.

“This only proves that we are far a matured and developed nation,” he said in response to the Malay Dignity Congress chief organiser Zainal Kling’s opening speech where the latter stated that Malaysia is for Malays and reminded other communities of the social contract they have with Malays.

Ongkili stressed that Zainal must not be arrogant and claimed supremacy because non-Malays, particularly those from Sabah and Sarawak had also played their part to form Malaysia along with others in Malaya.

“Stop putting down other communities who helped build this nation.

“Where do you put the indigenous people of Sabah and Sarawak? We are all co-owners of this country too,” stressed Ongkili, who is also the Kota Marudu Member of Parliament.

He noted that statements, such as that made by Zainal, would only put the nation-building journey backwards.

“Stop being arrogant and racially chauvinistic. It doesn’t help to make Malaysia great!” he stressed.

Sabah Progressive Party (SAPP) deputy president Japiril Suhaimin said no one should claim that Malaysia belongs to the Malays.

Japiril reminded that Malaysia was formed by Sabah, Sarawak and Malaya.

“It is surprising that the ‘Ketuanan Melayu’ still clouds over the murky mindset of these people until now,” Japiril said.

“Sabah and Sarawak do not belong to the Malays. There are estimated 42 ethnic groups in Sabah and 40 in Sarawak,” he added.

Japiril said such extremist claim for a particular ethnic group above others is unacceptable, mischievous and does not augur well for the multi-racial, multi-religious country of Malaysia.

“Persekutuan tanah Melayu was claimed before the formation of Malaysia in 1963 when Malays occupied Malaya but now it’s just history. Malaysia (Malaya, Sabah and Sarawak) belongs to all,” he reiterated.

He urged all Sabah and Sarawak Members of Parliament to bring this matter up in Parliament and to clear the air over such inconsiderate and ridiculous claim.