Friday, June 5
You are at:Home»News»‘PSB growing from strength to strength’ 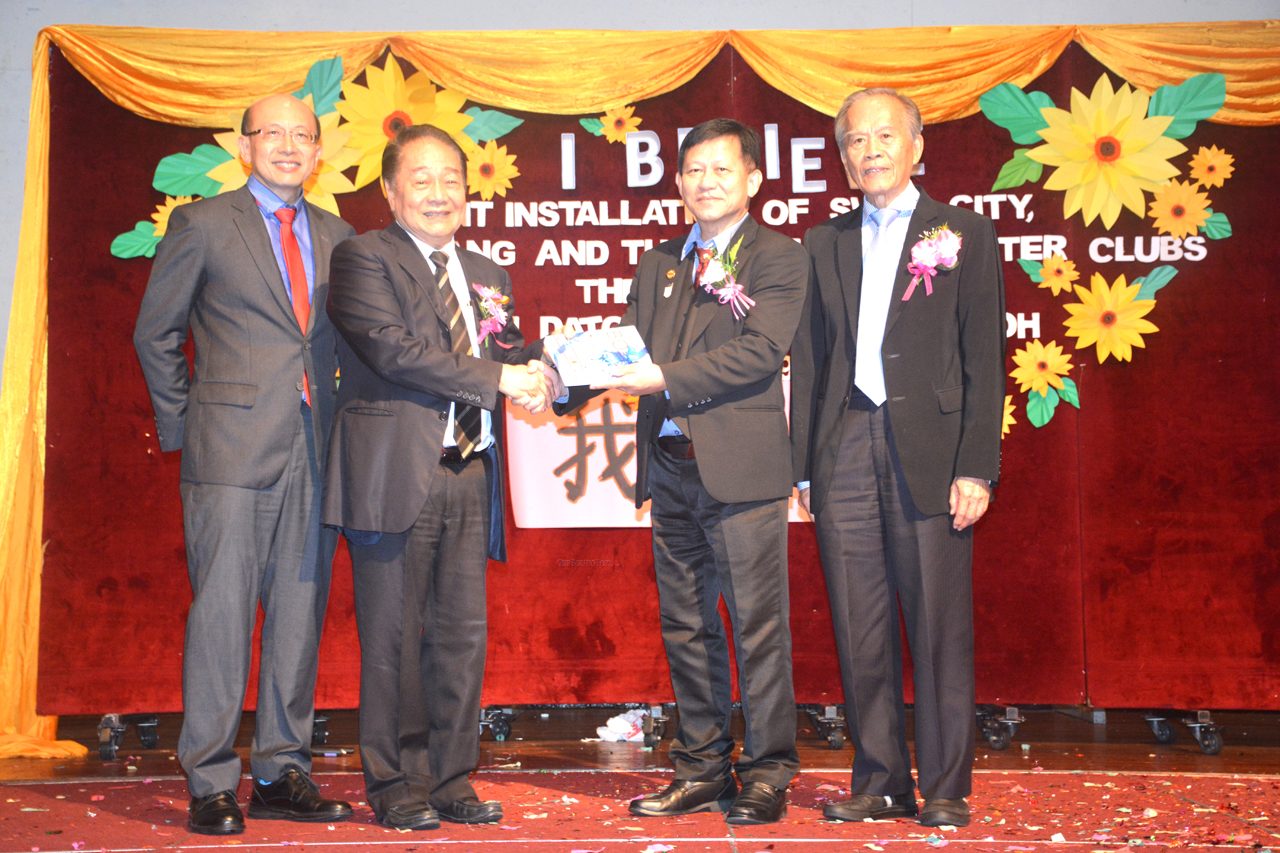 Francis (second right) presents a token of appreciation to Wong, as (from left) Dr Chen and Tiong look on.

SIBU: Parti Sarawak Bersatu (PSB) is growing from strength to strength, becoming a force to be reckoned with, says its president Dato Sri Wong Soon Koh.

He points out that since its inception, the party had been to all corners of Sarawak.

“We have gone out on roadshows from one end of Sarawak to the other. And we feel greatly encouraged by the overwhelming support, particularly from the Dayak community in the rural constituencies — tens and thousands of new members have opted to join us now.

“And I feel encouraged that they join us and our party certainly becomes a force to be reckoned with. So, I believe in what I do,” he said when officiating at the joint installation of The Best, Rejang, Rainbow and Swan City Toastmasters clubs, which was themed ‘I Believe’, on Sunday night.

The Bawang Assan assemblyman added: “I believe that being a Sarawak-based party, working for Sarawak, working for the people of Sarawak, I believe I can do it to transform Sarawak into a society with greater equality, greater justice for all people, irrespective of race, religion and culture.”

He also shared about taking a very bold step of resigning from the Sarawak cabinet, saying that he believed it was only way to break free from the existing structure — name organisational and political structure.

“Break free — I know this is the only way to build my party, which is transformed from United People’s Party (UPP) to PSB. Now, my party has the freedom to go wherever.

“At the moment, we have been to all corners of Sarawak – from Sri Aman, from everywhere to Engkilili, Skrang, Selangau, Limbang, Kanowit, Kapit, Pelagus, Miri, Samalaju, Marudi and so on.”

Earlier in his speech, Wong said it was important for everyone to believe in what they could do.

He stressed that in life, there would be many obstacles along the way but it was important for people to believe in themselves to overcome these obstacles.

“You believe in what you are doing and you move forward and you achieve what you have set out to do,” he said.