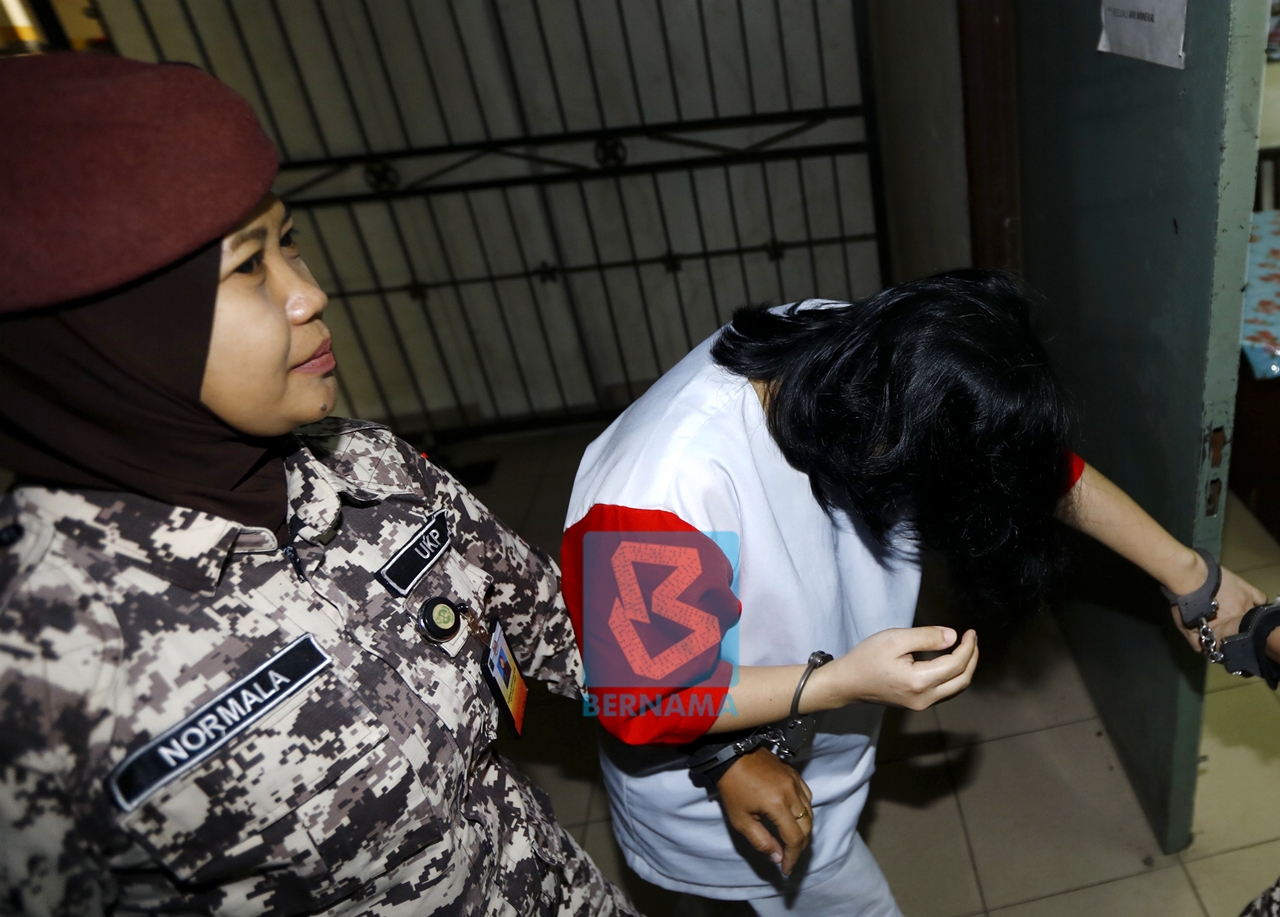 The Court of Appeal here today discharged and acquitted Ling Hang Tsyr, 38 (right) of abetting the murder of her husband, Wong Jing Kui, who was a former HSBC branch manager in Sibu in 2012.

KUCHING: The Court of Appeal here today discharged and acquitted Ling Hang Tsyr, 38 of abetting the murder of her husband, Wong Jing Kui, who was a former HSBC branch manager in Sibu in 2012.

The panel chaired by Justice Dato’ Zabariah Mohd Yusof ruled that it was not safe to convict the appellant solely based on a weak circumstantial evidence and in the absence of conclusive evidence.

The judge said the alleged motive was not proven and that the conduct of the appellant after the murder was not an incriminating evidence, as she was shocked and stunned and could not think rationally.

“There are gaps in the chain of evidence and no reliable incriminating circumstances.

“As there are so many doubts, we found it is not safe to convict Ling based on circumstantial evidence,” the judge ruled.

Zabariah also said that there was no evidence of common intention or meeting of the minds between appellant and then-principal accused Ling Hoe Ing, 30.

The other judges in the panel were  Dato’ Suraya Othman and Datuk Wira Kamaludin Md Said.

The appeal was filed by Hang Tsyr after she was sentenced to death by the High Court in 2017.

The appellant and another Tiong King Guan, 37, who is still at large, were accused of abetting Hoe Ing in killing Wong at his residence at Jalan Ulu Sg Merah, Sibu at about 1.30am on June 14, 2012.

Hoe Ing, who owed Tiong RM10,000 at the time, was jailed 16 years, after he pleaded guilty on Oct 1, 2013 to an alternative charge under Section 304(a) of the Penal Code for culpable homicide not amounting to murder.

After Hoe Ing pleaded guilty, the Court granted the appellant and Tiong a discharge not amounting to an acquittal of their abetment charge, but the charge was reinstated on February 2015 after the prosecution filed an appeal to the Court of Appeal.

A warrant of arrest was then issued against Tiong, after he failed to turn up in court following the reinstatement of the charge.

Both the appellant and Tiong faced an amended charge under Section 109 of the Penal Code for abetment, read with Section 302 for murder, which carries a mandatory death sentence, upon conviction.

In Oct 2017, the appellant was sentenced to death by the High Court in Sibu after being found guilty of abetting the murder of her husband.

The offence was committed at Wong’s house in Ulu Sg Merah about 1.30am on June 14, last year.

The pathologist report confirmed that Wong died of multiple stab and slash wounds on his chest, neck and stomach, with defensive cuts on both his arms.

Police found the victim in a pool of blood in his bedroom. Only Wong’s widow and three-year-old son were at home then.

The appellant was represented by counsels Lim Heng Choo and Roger Chin, while DPP Tengku Intan Suraya Tengku Ismail handled the case for the respondent (prosecution).