Saturday, December 4
You are at:Home»News»CM: Developing Sarawak without help from Putrajaya possible under GPS leadership 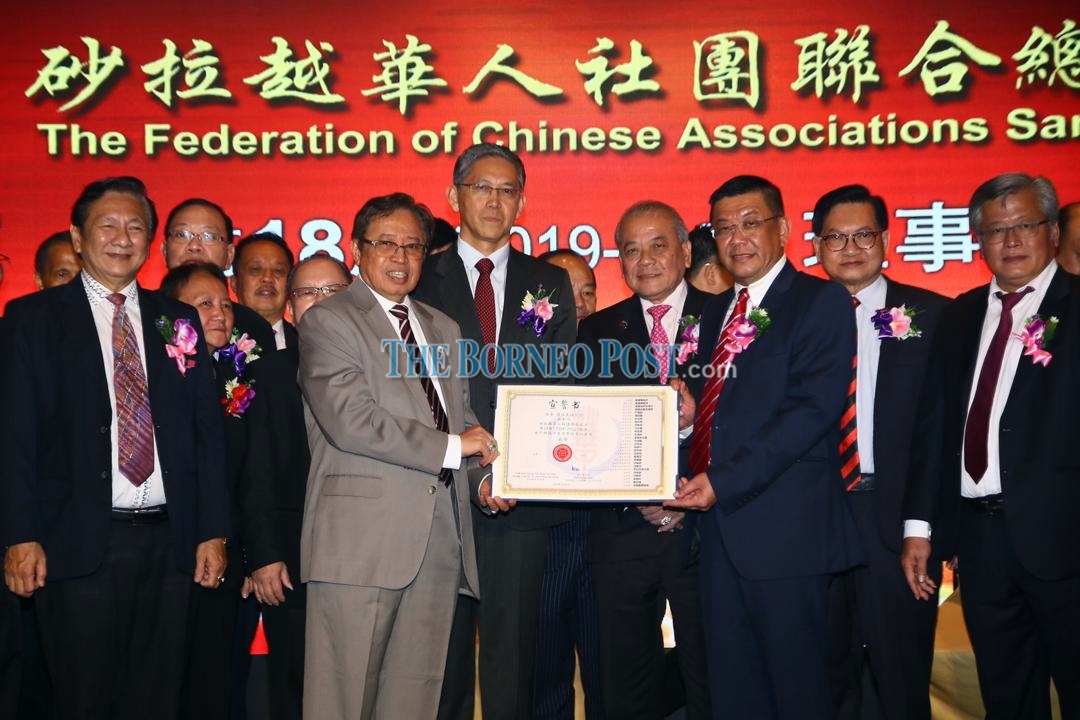 KUCHING: The state government is confident that it can develop Sarawak with its own reference without a ‘walking stick’ from Putrajaya.

“We can develop Sarawak on our own because we have the resources. The only area that we are lacking is human talent, but if we have that human talent and we know our rights, I think we can be better than Peninsula,” Abang Johari said in his speech during the installation dinner of the 2019-2022 working committee of the Sarawak Federation of Chinese Associations, here, last night..

He added that the state government was still working hard on policies to develop Sarawak and benefit Sarawakians.

“After 56 years, we had the ‘tongkat’ (walking stick) from Barisan Nasional, and we had our ‘tongkat’ in Putrajaya. But let us try without the ‘tongkat’ of Putrajaya, we do on our own. We consolidate and have good policies for the future,” Abang Johari stated.

Meanwhile, he also reassured that the state government would continue to support the Chinese schools in the state.

“We will continue the grant for Chinese schools in the state, and improve it from time to time. We will have grant for new schools and new location for schools. For example, previously for the school in Muara Tebas, I promised to match RM1 for every RM1 raised.

“At the time, they managed to raise RM3 million, so I matched them with another RM3 million. That was not including the RM8 million that was already allocated for them,” Abang Johari said.