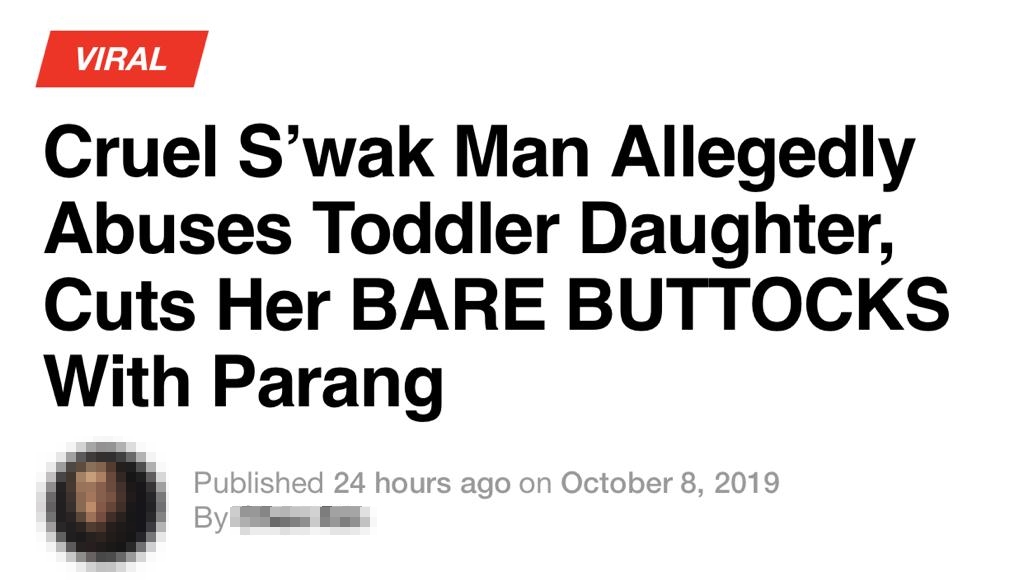 A screenshot of the article’s headline.

Dev said that the writer had failed to verify the source of the pictures and incident, and had picked up the topic from a Sarawak commuity Facebook page and blatantly assumed that the incident took place in the state.

In his email to the news portal this evening, Dev clarified that the incident did not occur in Sarawak and the man in the photo is not a Sarawakian as stated in the article.

The article, he added, had gone viral and caused great concern among Sarawakians.

“You are advised to remove the article soonest to avoid it being viralled further. Thank you,” said Dev in his email.

In a WhatsApp message, Dev said it was unfortunate for the writer to assume that the man in the photo was a Sarawakian.

“The person who posted the news in the Facebook community page also did not state that the incident happened in Sarawak,” he added.

The incident had actually taken place in Vietnam on May 13 and was reported in detail by the local media there.

As of the time of writing, the community page has pulled down the posting.