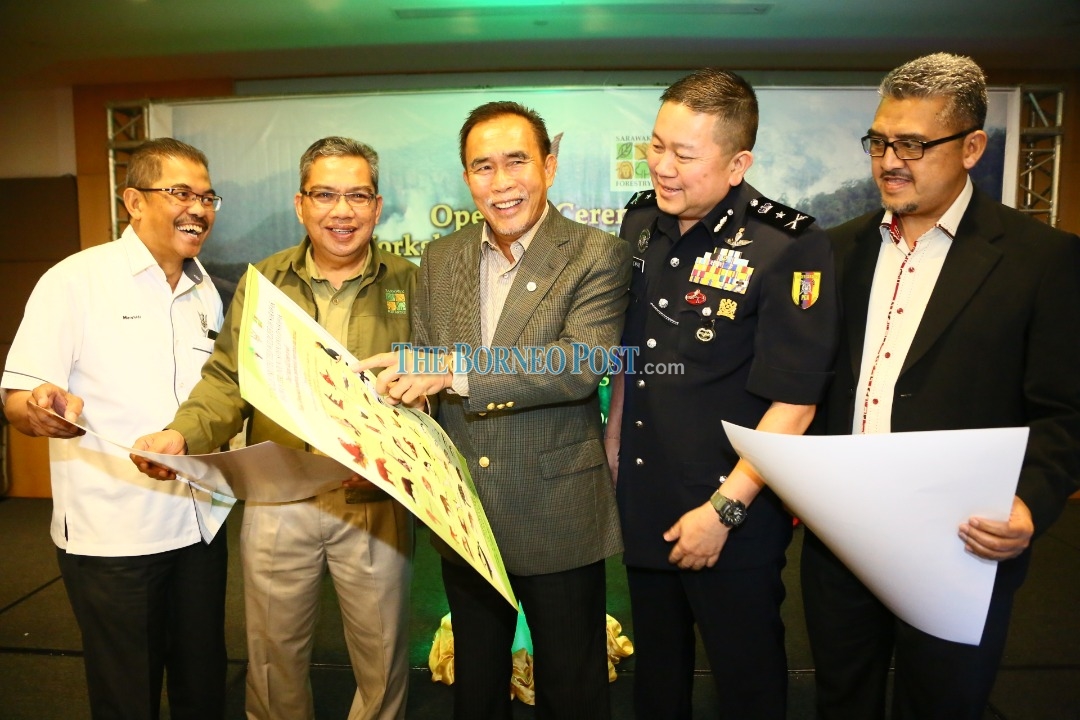 Len Talif (centre) holding a brochure which lists the names of the protected animals in Sarawak during the ceremony today. Also seen is Zolkipli (second, left) and other officials.

During the raid, SFC’s team also found 183 bear bile, 96 pieces of porcupine thorns, peacock and hornbill feathers, as well as other various parts of wildlife that had yet to be identified, he added.

“A 56-year-old male suspect was nabbed after being caught red-handed during the time of the raid. Further investigations are however needed to determine if he was involved with any syndicate,” he told reporters after launching an illegal wildlife trade workshop at a local hotel, here, today.

Len Talif also disclosed that during their patrol in Kapit, SFC enforcement officers found animal body parts, which were believed to be used for traditional medicine purposes inside a coffee shop that was no longer in operation.

Meanwhile, he also said that enforcement would be tightened at the border between Sarawak and Kalimantan to prevent illegal wildlife trade which was prohibited by the state government.