Monday, May 25
You are at:Home»Business»ABM, Jujiang to develop new battery tech 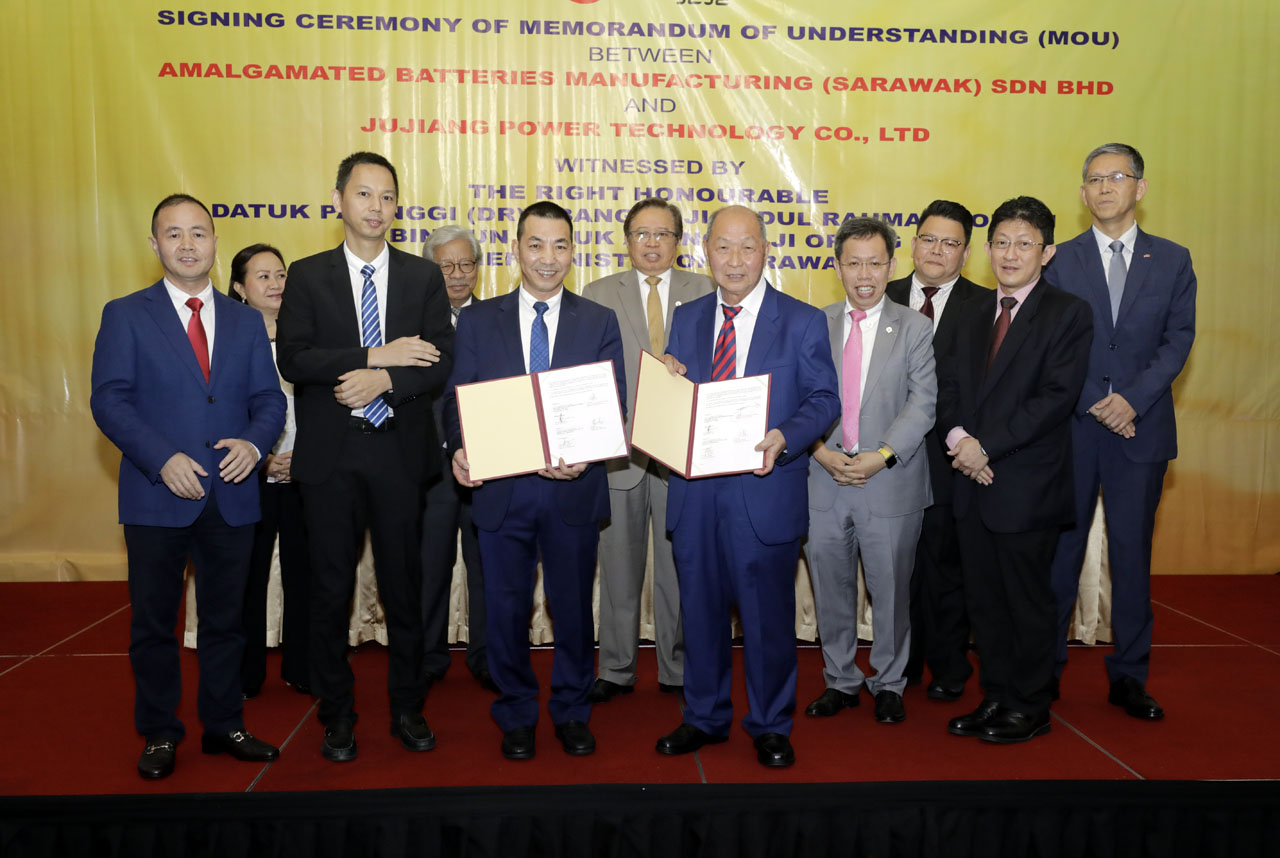 ABM and Jujiang Power Technology yesterday signed a Memorandum of Understanding (MoU) which will see both companies working towards setting up a battery manufacturing company in Kuching for the production of batteries to cater for both domestic and overseas market.

“This partnership between Jujiang Technology and ABM will develop new technologies in terms of battery production and the sustainability of batteries,” Abang Johari said during the launch.

“Many cities now are using electric cars – at least hybrid cars – meaning the consumption of batteries will increase.

“I am sure ABM and Jujiang Power Technology will further their research and development (R&D).”

The Chief Minister also touched on the sustainability of batteries, noting that the component lithium is not very friendly to the environment.

“All over the world, people are talking about the environment. Therefore, Sarawak can be a laboratory between Jujiang Power Technology and ABM to do research, what they are going to do with this lithium — either recycle or figure out how to extract lithium from old batteries and reuse it for other batteries to make a new battery,” he suggested.

“I think new technology that can extract the component. Once you have done that, I think batteries will be sustainable.”

According to ABM deputy managing director Alan Tay Tze Poh, the setup of a battery manufacturing company here reduces the country’s reliance on imported batteries and the proceeds from exports will generate foreign exchange earnings for Malaysia.

“The paramount outcome from the project will enable our automotive industry to develop sustainable competitive advangtage,” Tay said.

The facilities will be equipped with advance technologies and know-how for the production of Enhanced Flooded Battery (EFP) and Absorbed Glass Mat (AGM) batteries to cater for electric, hybrid, semi hybrid, start stop and energy efficient vehicles (EV, HEV, ISS and EEV).

“I believe that this investment is only the beginning,” he said. “There will be more projects from China’s Jujiang in the future, and we will surely contribute in the social undertakings and career development in Sarawak.”

“As far as Sarawak is concerned, we welcome investment from China. A lot of investment coming to Sarawak because they believe in Sarawak’s stability, we have to maintain our stability and our cultural cohesion.

“There are few in the pipeline, three major investments for Samalaju, including recycling activities.”