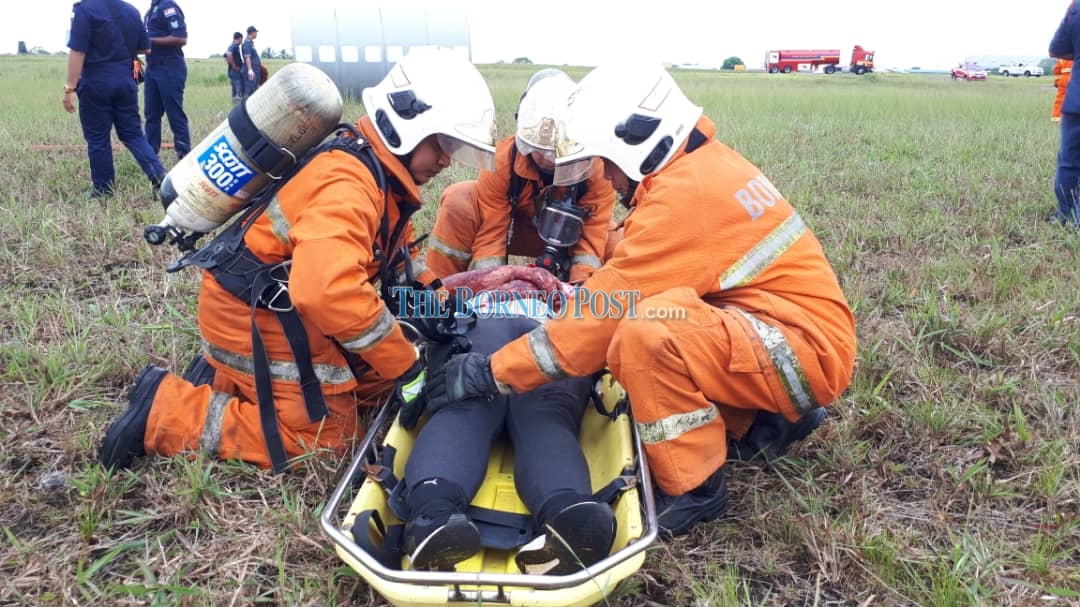 Bomba personnel taking part in the rescue drill that was held at KIA this morning.

KUCHING: A rescue drill simulating a crashed plane was conducted at the Kuching International Airport (KIA) this morning.

The Fire and Rescue Department (Bomba) said the drill was part of an annual exercise to evaluate the effectiveness of agencies who will be involved in an airport emergency.

The crash “victims” were 21 university students who volunteered for the task.

The drill is part of KIA’s partial exercise that is held once a year.

Other exercises held annually at KIA is the evacuation drill.

A full scale exercise is held every two years, with the last being held in October 2018 which saw 800 personnel from multiple agencies taking part in a rescue drill.

Previous ArticleLV’s boss among four in board of advisers of 1MDB, court heard
Next Article No cronyism in awarding projects, says Dr Mahathir