Monday, August 10
You are at:Home»News»Sabah»Driver leaps to safety from burning van 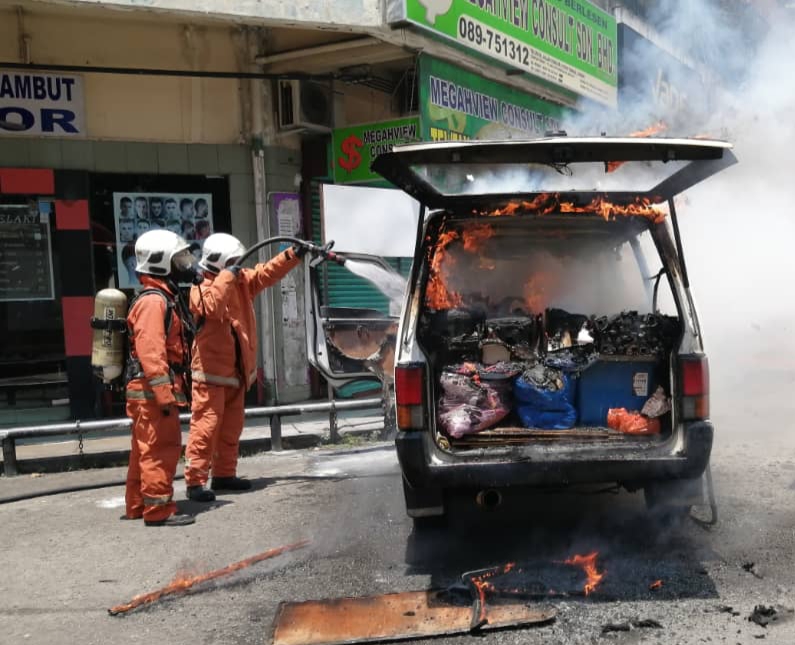 TAWAU: A van was destroyed by fire at Bunga Road near Milimewa Supermarket yesterday morning.

He said the van driver, a 38-year-old local man was not hurt as he managed to jump out of the van when it caught fire. The van that was still moving, hit a Perodua Myvi parked in front of a barber shop.

The Myvi owner managed to shift the car from the area before firemen arrived and put out the fire, he said.

He added the cause of the fire was caused by the van’s overheated battery.