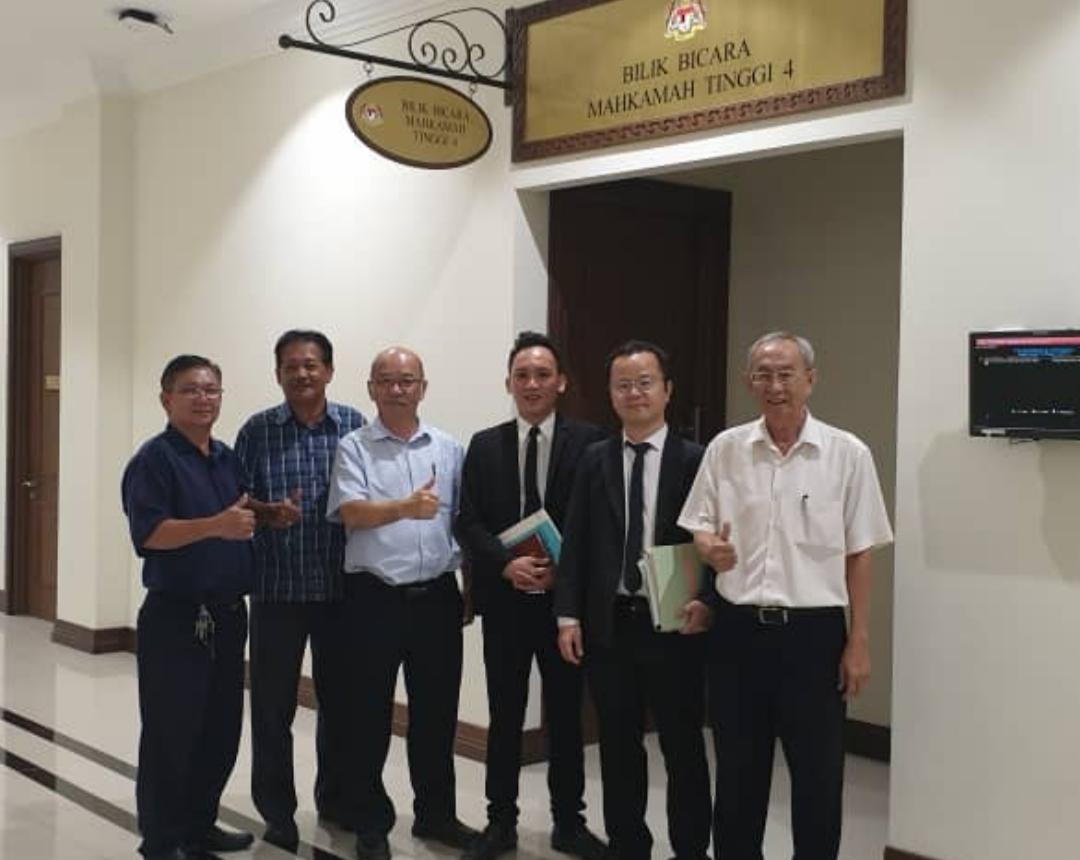 Yong (third left) and his counsel Yit Jee (second right) outside the courtroom after the decision yesterday.

KOTA KINABALU: Former Sabah chief minister Datuk Yong Teck Lee, and a businessman were successful in their suit to get a declaration from the High Court here that the appointment of current director of Sabah Water Department, Datuk Amarjit Singh, had contravened Section 3 of the Sabah Water Supply Enactment 2003, on the grounds that Amarjit was allegedly not a member of State Public Service prior to his appointment.

Justice Ravinthran Paramaguru granted the declaration sought by the plaintiffs Yong, who is also Sabah Progressive Party president and Pang Thou Chung in their originating summons filed seven months ago.

The two plaintiffs had named Amarjit and the Sabah Government as the first and second defendants, respectively.

In their suit, the duo had sought a declaration that the Amarjit’s appointment as a director by the State Government had contravened Section 3 of the said Enactment. Apart from that, the plaintiffs had also sought a declaration that Section 3 of the said Enactment is a mandatory provision, and costs. The judge, however, did not award any costs in this case.