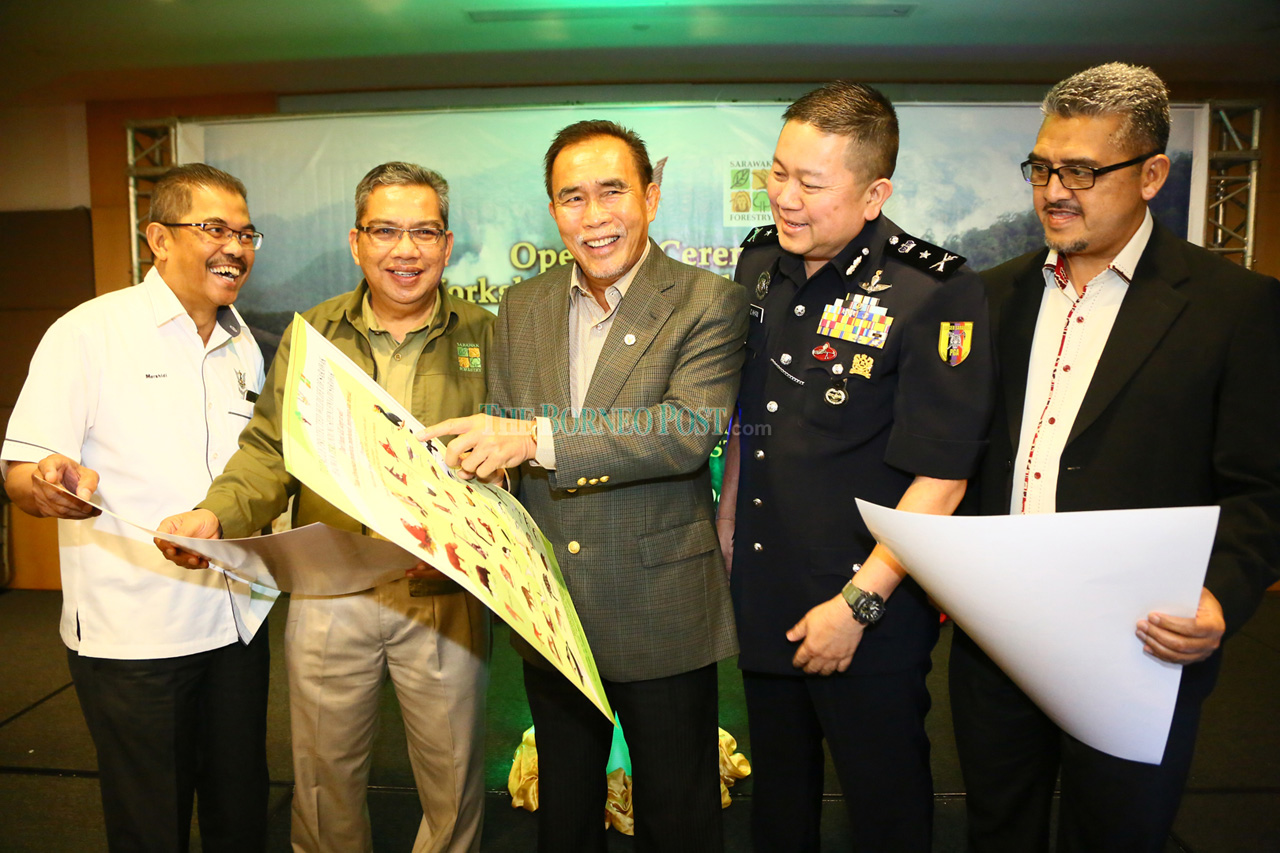 Assistant Minister of Urban Development and Resources Datu Len Talif Salleh who revealed this said in one of the five operations carried out, SFC’s enforcement team raided a disused coffee shop and nabbed a 56-year-old man who was found in possession of 148 pieces of hornbill ivory, 16 pangolin scales, six deer antlers, three kijang (barking deer) antlers, 183 pieces of bear bile, 96 pieces of porcupine quills, 192 pieces of peacock feathers and 152 pieces of hornbill feathers, along with other yet-to-be-identified wildlife parts.

“The 56-year-old suspect was caught red-handed during the time of the raid. Further investigations are however needed to determine if he is involved with any syndicate,” Len Talif, who is also SFC chairman, said after officiating the launching of a workshop on illegal wildlife trade, here yesterday.

He also disclosed that a report was made to the Malaysian Anti-Corruption Commission after the suspect, who happens to own the shop, offered a sum of money to enforcement personnel as a bribe for them to not take action against him.

The assistant minister added that the animal parts found, especially the bear bile, are believed to be for use in traditional medicine.

The other four cases, he said, involved the sale of wildlife meat and parts as well as live wildlife at Teresang Market, including 35kg of softshell turtle meat, deer and kijang antlers, a bear skull, a live softshell turtle, and peacock feathers.

He later told a press conference that the government aimed to tighten security at the Sarawak-Kalimantan border to put an end to the trade of illegal wildlife, especially as Sarawak prohibits the sale of such products.

Products like sea-turtle eggs from Kalimantan are one of things which are prohibited to be sold in the state as they are considered illegal wildlife products and although the eggs are not from Sarawak, authorities will go after those who sell, buy and consume the eggs, he stressed.

Len Talif also pointed to two Indonesian women who were jailed for three months recently for illegal possession of sea-turtle eggs, saying it showed that SFC is committed to fight the illegal wildlife trade in Sarawak.

“In Sarawak, we do have the Wildlife Protection Ordinance 1998 to protect wildlife in the state but despite having the law, we definitely are working hard to stop the selling of illegal wildlife products. It won’t be easy because it is a lucrative business,” he commented, adding he is aware that there is demand in countries like China, Hong Kong and Western countries for such products.

Present with him during the press conference was SFC chief executive officer Zolkipli Mohamad Aton and other officials.