Wednesday, January 22
You are at:Home»Science & Technology»Artificial meat is now made in space, coming to a supermarket near you 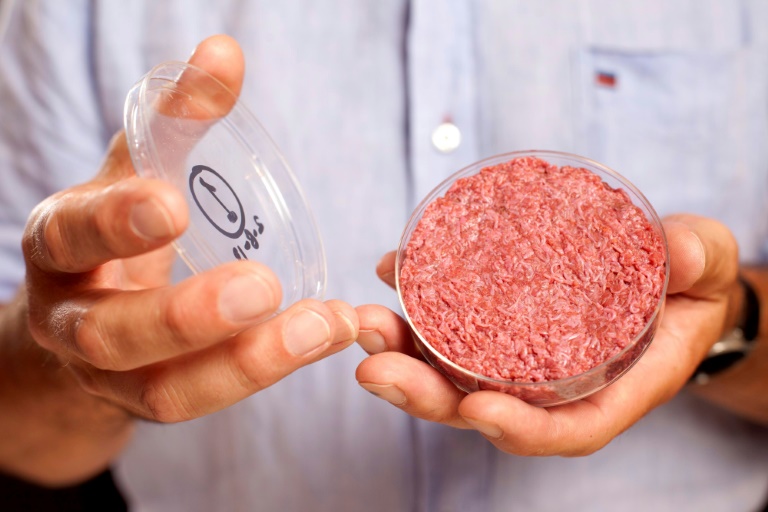 Creating meat from cells is no longer the realm of science fiction: a Russian cosmonaut did it aboard the International Space Station, and it is just a matter of time before these products arrive in supermarkets.

Tests carried out in space in September led to the production of beef, rabbit and fish tissue using a 3D printer.

This new technology “could make long-term travel possible and renew space exploration,” to Mars for example, said Didier Toubia, the head of the Israeli startup Aleph Farms, which provided cells for the tests.

“But our goal is to sell meat on Earth,” he told AFP.

The idea “is not to replace traditional agriculture,” he said. “It’s about being a better alternative to factory farming.”

The first burger designed with cow stem cells was made by Mark Post, a Dutch scientist from Maastricht University, and presented in 2013. Several startups have since taken to the niche market.

The cost of production is still very high, and none of the products are available for sale.
The name for the meat products is still up for debate: laboratory, artificial, cell-based, cultivated.

“It is likely to be this year,” Josh Tetrick, the head of California’s JUST company, which is growing meat from cells, said at a conference in San Francisco.

“Not on the market in four thousand Walmarts or in all McDonald’s, but in a handful of restaurants,” Tetrick said.

“The question is what do you want to put out at what cost,” said Niya Gupta, founder and CEO of Fork & Goode, which is growing meat from cells in New York.

The arrival of laboratory-grown meat on supermarket shelves at reasonable prices could happen in five to 20 years, according to estimates.

But it would need more investment, according to several observers. The sector attracted a total of only $73 million in 2018, according to The Good Food Institute, an organization promoting alternatives to meat and fish.

Another obstacle is regulation, which remains imprecise.

In the United States, for example, the government outlined a regulatory framework that shared oversight of cell-based foods between the Department of Agriculture and the Food and Drug Administration, but it is not yet finalized.

For supporters, cell-based meat and fish products can transform the production system sustainably by avoiding the raising and killing of animals.

However, questions remain about the real environmental impact, particularly in terms of energy consumption, as well as about safety.

But “the market opportunity is enormous, especially for seafood,” said Lou Cooperhouse, the CEO of startup BlueNalu.

“Global demand in the world is at an all-time high,” he said of seafood, but “we have a supply problem” with overfishing, climate change and a very variable supply, coupled with “an issue with the supply itself” with, for example, the presence of mercury in some fish.

“What if we could add a third leg on the supply chain, wild caught, farm raised, cell-based?”

Created in 2018, BlueNalu is developing a technological platform that can be used to design various seafood products, mainly fish filets without bones or skin.

“We need to put the technology back together and optimize it,” Dammann said.

The rise of cell-based proteins is not a major source of concern for traditional agriculture.

“It is something we need to monitor,” said Scott Bennett, the director of congressional relations for the Farm Bureau organization, which represents farmers and ranchers.

Bennett said he feels “our energy would be much better spent in focusing (on) increasing the overall market shares for proteins, especially in developing countries.”

“Some people for social reasons will want to buy this product. But there will always remain a market for conventional meat,” he said.

“We feel as it should not be called meat, because we don’t want to confuse the consumer as to what this really is. We want to make sure the labelling is very clear,” Bennett added. – AFP