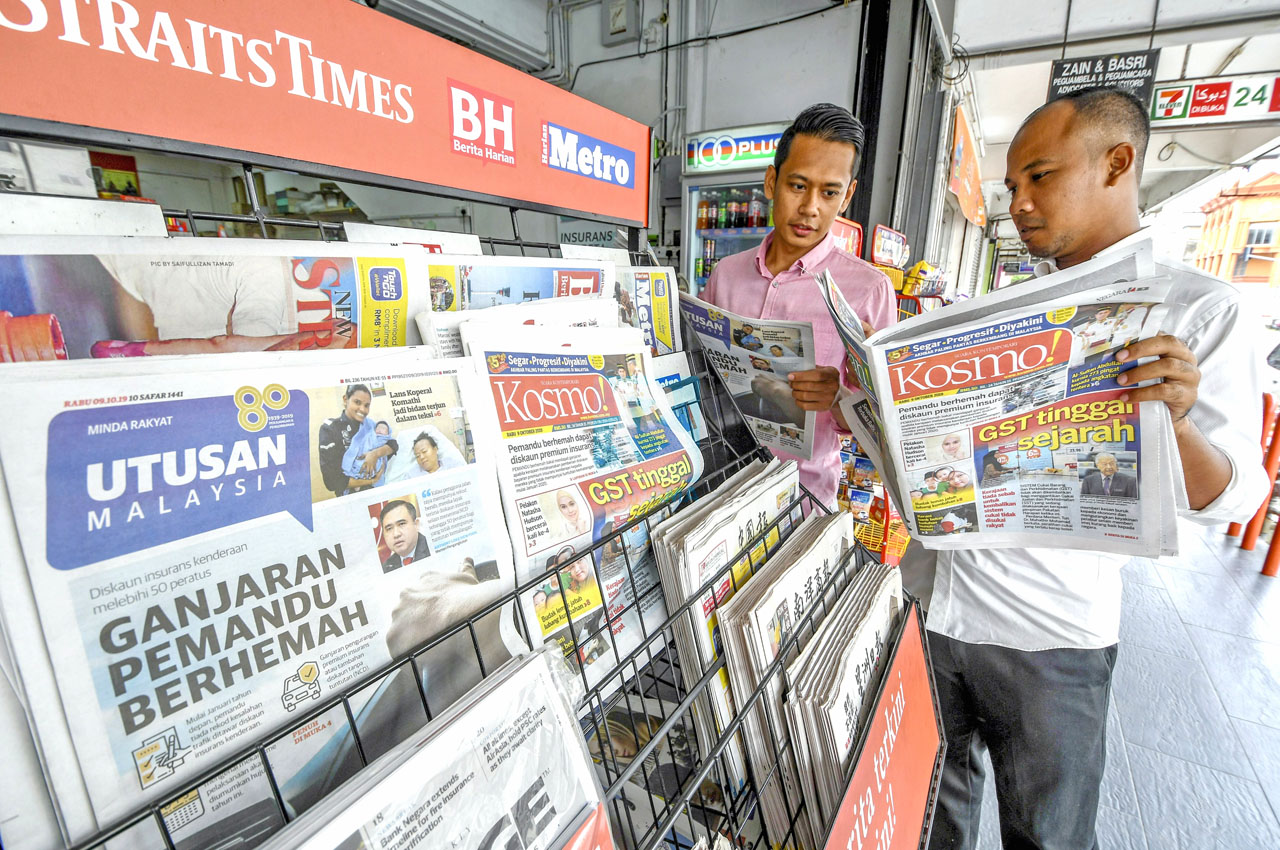 The closure of Utusan Malaysia and Kosmo!, two of Utusan Melayu’s Malay language publications, may benefit the likes of Media Prima. — Bernama photo

This comes after a prolonged cash crunch that saw Utusan Melayu’s employees staging protests over unpaid wages in late August 2019.

As of October 9, 2019, employees from both Utusan Malaysia and Kosmo! were told to vacate their workstations with immediate effect. Both publications have long been the leading Malay language dailies in Malaysia, with daily hardcopy circulation of 97,000 and 136,000 respectively as at 2H18, according to Audit Bureau of Circulation Malaysia.

“In light of this unfortunate event, we believe Media Prima could potentially stand to gain some ground at the expense of Utusan given Media Prima’s publications are seen to be close substitutes,” AffinHwang Capital said yesterday in its notes.

“Based on our estimates, a 10 to 30 per cent shift in readership/circulation toward Media Prima could lead to the group’s losses narrowing to the tune of five to 10 per cent for financial years 2019 (FY19) to FY21E.”

“Assuming readers were to shift over to Media Prima’s publications, we could potentially see losses narrowing from our current projection of RM82 million, RM55 million and RM40 million over FY19 to FY21E,” AffinHwang Capital added.

“We keep our forecasts unhanged for now, pending further visibility on the shift in readers’ preferences. We reiterate our sell rating with an unchanged target price of RM0.38 per share.

“Barring any significant restructuring exercise, we maintain our cautious stance given the persistent challenging operating environment.”