However, chief minister says that depends on determination of Sarawakians to move forward 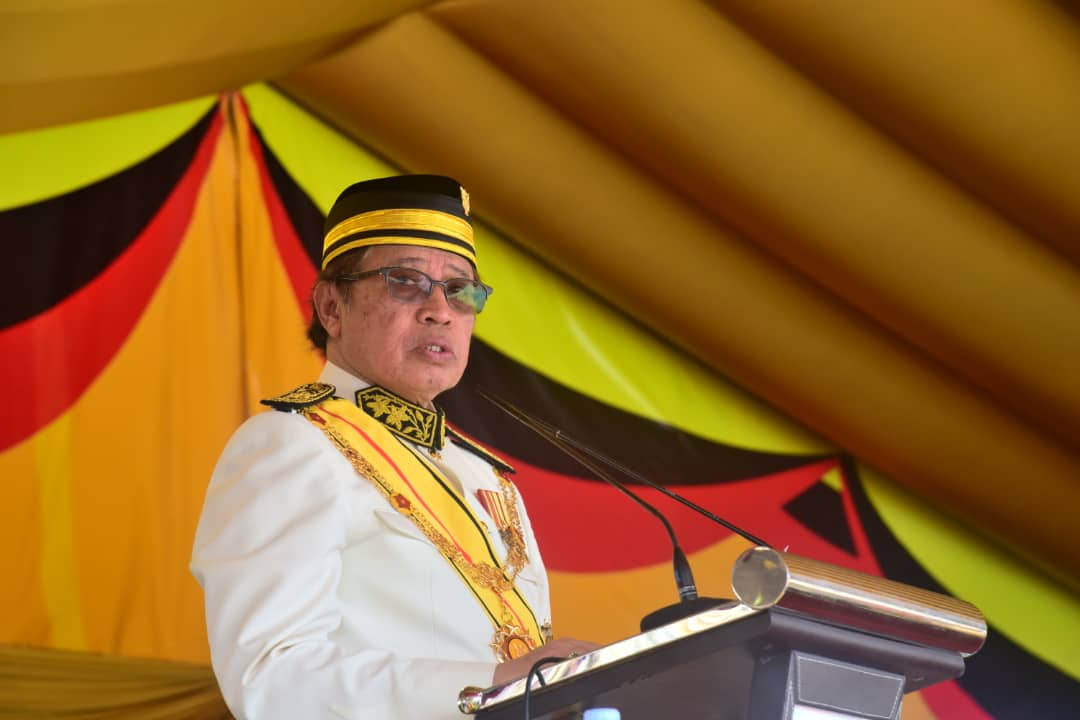 MIRI: Sarawak must move on its own pace and mould in the right direction in order to achieve developed state status by 2030.

Achieving that vision is determined by its own people – Sarawakians who are a dignified group of people capable of charting their own future without relying on others, says Chief Minister Datuk Patinggi Abang Johari Tun Openg.

“They (Sarawakians) are capable of determining their own destiny like any other people who are already successful, instead of relying on ‘tongkat’(walking stick) prepared by other people.”

Abang Johari also pointed out that Sarawak had no issues on religion, and the state government had even put up initiatives in assisting other religions through Unit for Other Religions (Unifor).

“This year alone, the Sarawak government has channelled RM30 million to the people of different religions through Unifor as part of its efforts to help the non-Muslims. Such assistance does not exist in other parts of the country; some of them (states) even wanted to emulate the way we are doing things.”

The prevailing peace and harmony in Sarawak, added Abang Johari, are the product of the leadership of Taib during his tenure as chief minister from 1981 to 2014.

And the integration and mutual understanding among its people of various races and religions have long been cultivated and strengthened for decades, which also reflected Taib’s leadership as visionary, he said.

On a related matter, he said under the 12th Malaysia Plan the GPS Sarawak government would be focusing on four main pillars to boost the state’s economy.

“One of our best options is to transform our agriculture by using the latest technologies and smart practices with the aim of making Sarawak a net exporter of food by 2030.

“The use of Internet of Things (IoT) to develop precision farming is fast emerging where farm chores like dispensing of fertiliser and water, control of temperature and humidity are all precise in terms of timing and quality to optimise production.”

The second option is to strengthen the tourism industry and services by focusing on various sectors such as healthcare or wellness, culture and nature.

“The government will give its full attention to develop the tourism industry as a half-hearted approach will not yield the desired results.”

The chief minister also said the government was studying the possibility of enhancing its air connectivity.

“We cannot hope to transform our economy if we don’t develop our road and internet infrastructure, water and electricity supplies, and upgrade our ports and ports services. Sarawak must be well-connected by roads, and the internet infrastructure must be supported by 5G services. These will be pursued aggressively under the 12th Malaysia Plan as the construction of more roads, bridges and communication facilities are scheduled to take off the ground.”

To achieve that vision, Abang Johari stressed that education and training of human resources is of utmost importance.

“The world is fast moving towards the digitalisation of everything; the economy, education, training, among others. If we don’t start now, the world will leave us behind.”

The grand celebration at Miri Stadium saw the presence of ministers, assistant ministers and other dignitaries as well as members of the public.