Sunday, July 12
You are at:Home»News»Jaul heads list of recipients of state awards 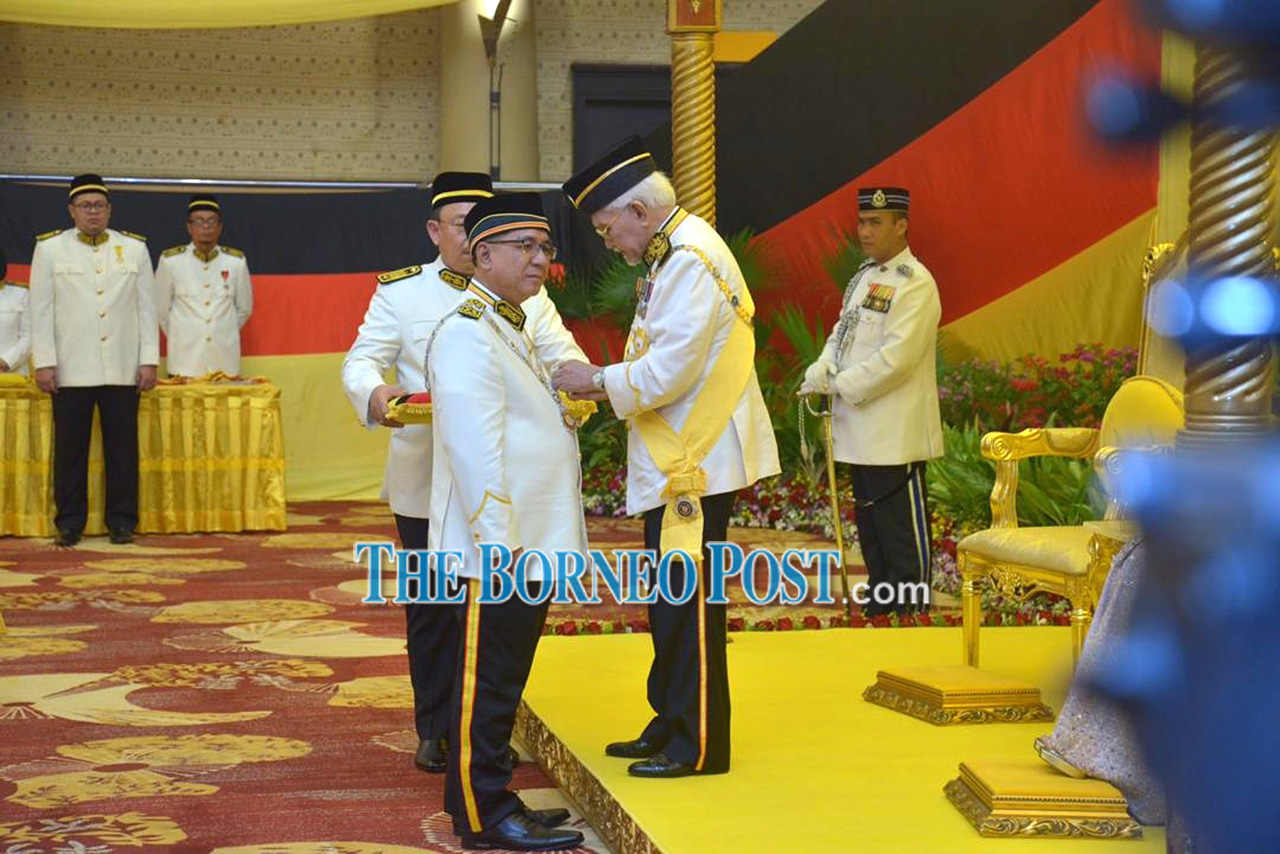 The investiture ceremony that took place at Mega Hotel here yesterday witnessed the conferment of various state awards and medals to a total of 29 recipients from different backgrounds.

The awards and honours were given out by Head of State Tun Pehin Sri Abdul Taib Mahmud.

Eight others were bestowed the Panglima Gemilang Bintang Kenyalang (PGBK), which carries the title ‘Datuk’. 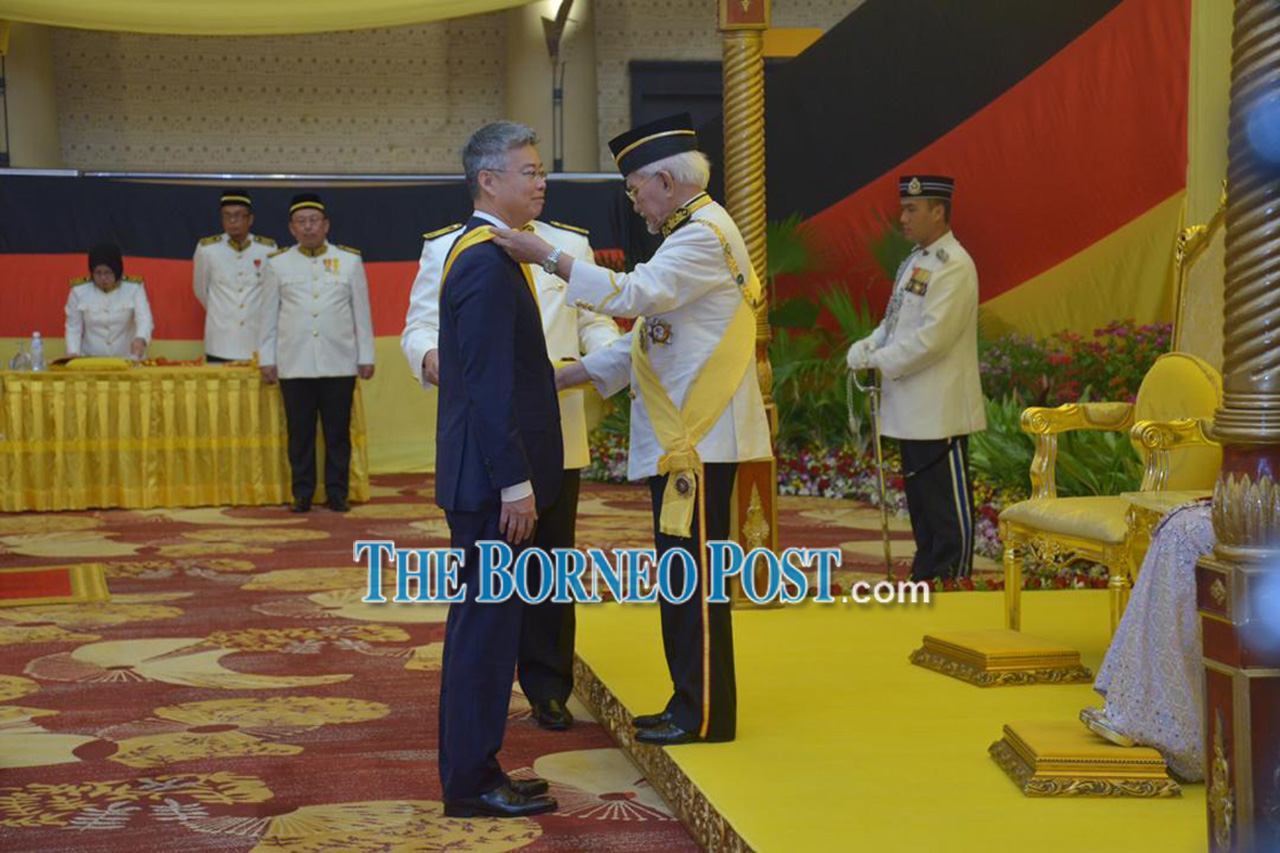 Two of them are permanent secretaries Bakrie Zaini and Zaidi Mahdi while three others are heads of departments Antonio Kahti Galis, Hamden Mohammad and Chok Moi Soon. 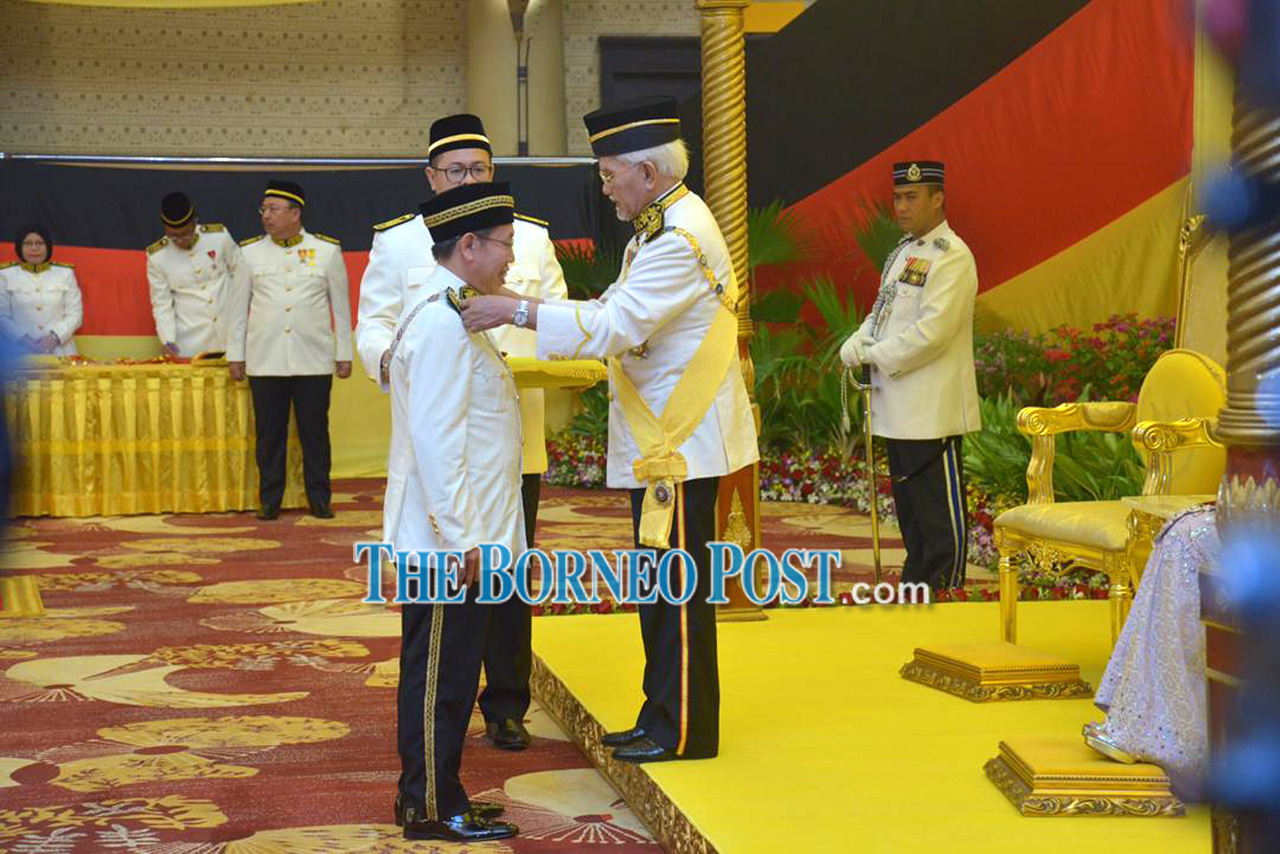