Friday, June 5
You are at:Home»News»Scorching sun no damper on TYT’s birthday bash 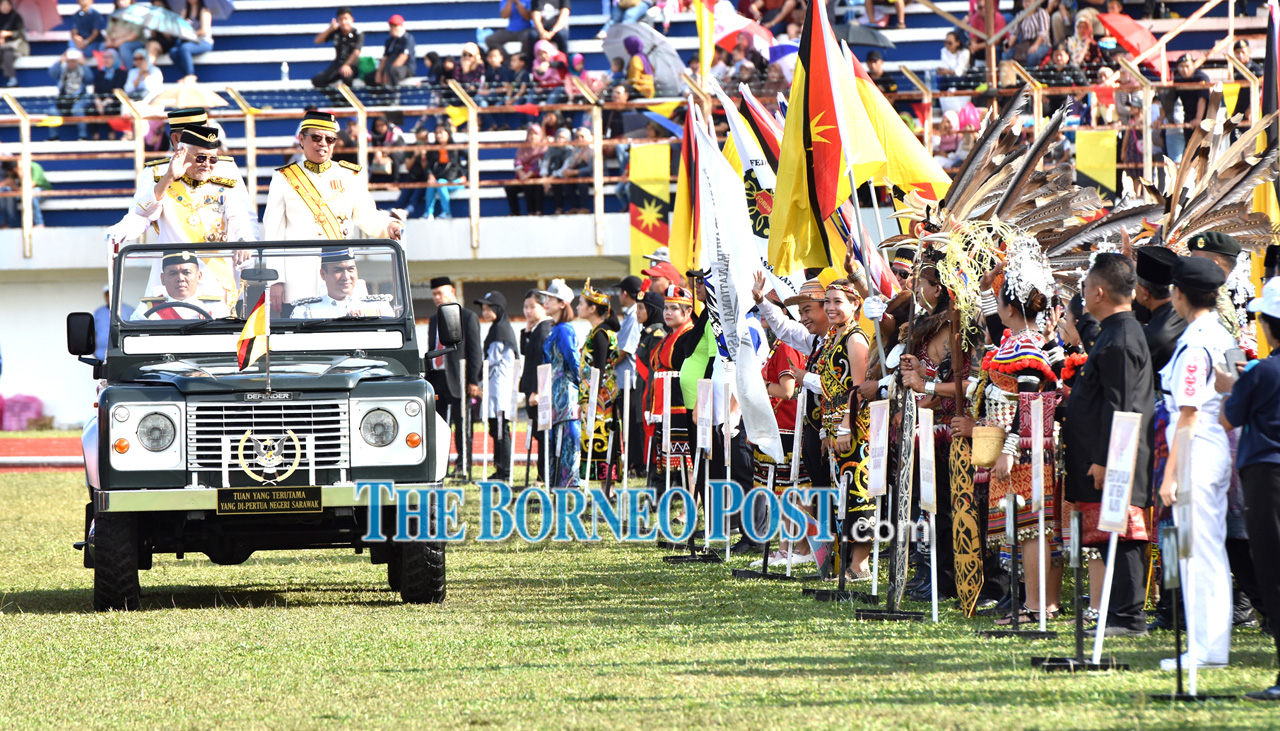 His Excellency (left), accompanied by the Chief Minister, inspects the contingents.

The arrival of His Excellency and wife Toh Puan Raghad Kurdi Taib was greeted by cannon gun shots, followed by the singing of the state anthem ‘Ibu Pertiwiku’ by the contingents and all those present.

The celebration then proceeded with the inspection of the Guard of Honour and the contingents by Taib, accompanied by Abang Johari.

This was followed by a colourful march-past and parade by the contingents and the colourful yet fun dance performances and a short sketch ‘Ragam P. Ramlee’ that created a more relaxed and joyous ambience among the attendees.

After the Chief Minister delivered his speech, the programme continued with the chanting of ‘Dirgahayu’ by all the contingents before proceeding to the cake-cutting ceremony.

After the parade, hundreds of red and white balloons were released to the air followed by the colourful smokes that concluded the grand ceremony.