Thursday, August 11
You are at:Home»News»Nation»Budget allocation will be used to modernise agriculture sector — Salahuddin 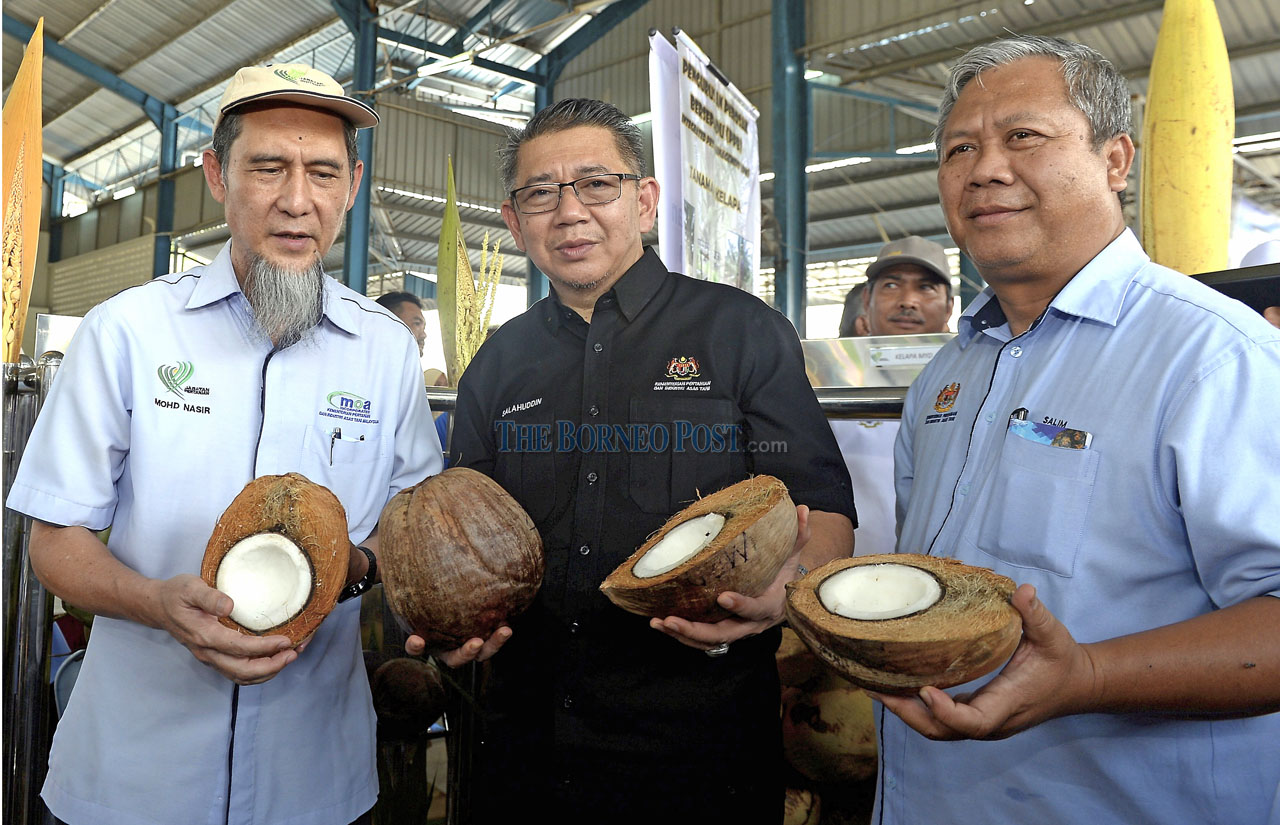 PONTIAN: The Ministry of Agriculture and Agro-based Industry (MoA) will use a big chunk of its increased allocation as announced during the tabling of the 2020 Budget to modernise the agriculture sector.

Its Minister Datuk Salahuddin Ayub said efforts to create more job opportunities in the agriculture sector would be his ministry’s main agenda.

“We will focus on several programmes that will increase our farmers’ income such as modernisation where we will increase efforts in research on quality seeds.

“We will also focus on the use of modern technology such as artificial intelligence (AI) as well as ensuring that there are job opportunities in this sector to help our entrepreneurs to get out of B40 group and also focus on our young agropreneurs through grants to develop areas that they are involved in,” he said.

He said this after launching the national-level coconut tree planting campaign held at the Mukim Serkat multipurpose hall here yesterday.

In another development, Salahuddin said his ministry was committed to increase fishermen’s income through participation in agriculture especially during the monsoon season.

He also encouraged fishermen who owned land to seek the ministry’s guidance in agriculture as it would reduce fishermen’s dependence on subsistence allowances including the one allocated during the monsoon season.

“We will assist our fishermen especially during the monsoon season as we will give them opportunities to get involved in agriculture, so they will not solely depend on allowances but earn additional income,” he added.

A total of RM5 million was allocated by the ministry through ‘Rezeki Tani’ programme which provided the poor and hardcore poor families the opportunity to receive up to RM10,000 in the form of business equipment.

The ‘Rezeki Tani’ programme aims to reach 500 participants from across the peninsula. — Bernama

Previous ArticleIndividuals, industry players can contribute to increasing tourist arrivals
Next Article Rain no dampener as 3,000 take part in Walk-a-Mile