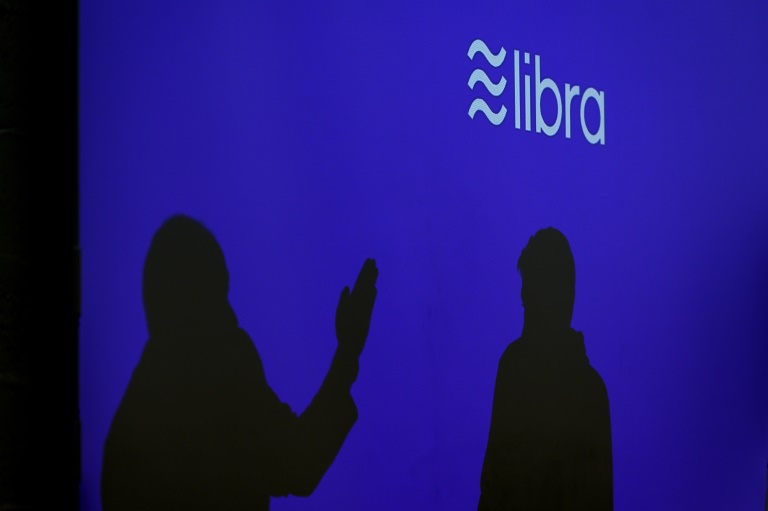 Facebook had hoped backers of its Libra project would swell from an initial 28 to ‘well over 100’, but instead, several initial supporters have abandoned a scheme regulators say threatens the global financial system. – AFP file photo

The Libra Association, created by Facebook to launch its new cryptocurrency, has announced its 21 founding members after defections by previous supporters including Visa and Mastercard.

The announcement on Monday came as the planned Libra global currency faces swelling criticism from regulators, and reported warnings from the Group of Seven that it poses a threat to the global financial system.

The group kicked off its first council meeting in Geneva and founding members including Uber, Spotify and Vodafone formally signed onto the Libra Charter, director general Bertrand Perez said.

“We now have a total guarantee of their involvement, so we have confidence in the project,” he said.

Last month, the non-profit association voiced hope that the number of companies backing it when it opened for business would swell from an initial 28 to “well over 100”.

But instead the list has shrunk, after more of its initial backers walked away amid swelling criticism from regulators around the world.

The Libra Association confirmed Friday that the companies would no longer be founding members, but said it would continue building an alliance of businesses, social-good organisations, and others to implement the cryptocurrency.

Its launch was originally planned for mid 2020, but Perez said he had not ruled out a later start date.

“What we want is to build a platform that is solid, that is there to last and that will survive in the long term,” he said, adding he was still “optimistic” about reaching around 100 members as planned.

The membership departures came after US senators sent letters to several financial firms noting that they could face “a high level of scrutiny from regulators” if they participated in the new currency plan.

French economy and finance minister Bruno Le Maire has warned that under current circumstances, Libra posed a threat to the “monetary sovereignty” of governments and could not be authorised in Europe.

Facebook executives have, however, claimed the new digital coin could help lower costs for global money transfers and help those without access to the banking system.

Facebook chief Mark Zuckerberg is set to testify at an October 23 hearing in the US House of Representatives on the Libra plan.

But in a fresh blow, a draft G7 report has outlined nine major risks posed by such digital currencies, according to the BBC.

The report, due to be presented to finance ministers at International Monetary Fund’s annual meeting this week, did not single out Libra but referred to “global stablecoins” with the potential to “scale rapidly” as posing a range of potential problems.

Stablecoins are seen as more steady than cryptocurrencies like Bitcoin, since they are pegged to traditional currencies such as the US dollar or the euro.

But the G7 draft report reportedly cautioned that such currencies could pose problems for policymakers setting interest rates, and could threaten financial stability if users suddenly suffer “loss of confidence” in the digital unit.

Randal Quarles, the head of the Financial Stability Board (FSB), which oversees regulation among G20 economies, also sent a letter to G20 finance ministers Sunday warning that “global stablecoins could pose a host of challenges to the regulatory community”.

This, he wrote, was “not least because they have the potential to become systemically important, including through the substitution of domestic currencies”.

“Stablecoin projects of potentially global reach and magnitude must meet the highest regulatory standards and be subject to prudential supervision and oversight,” he insisted. – AFP