Friday, August 14
You are at:Home»News»Sabah»Amarjit’s appointment may not be ‘illegal’ 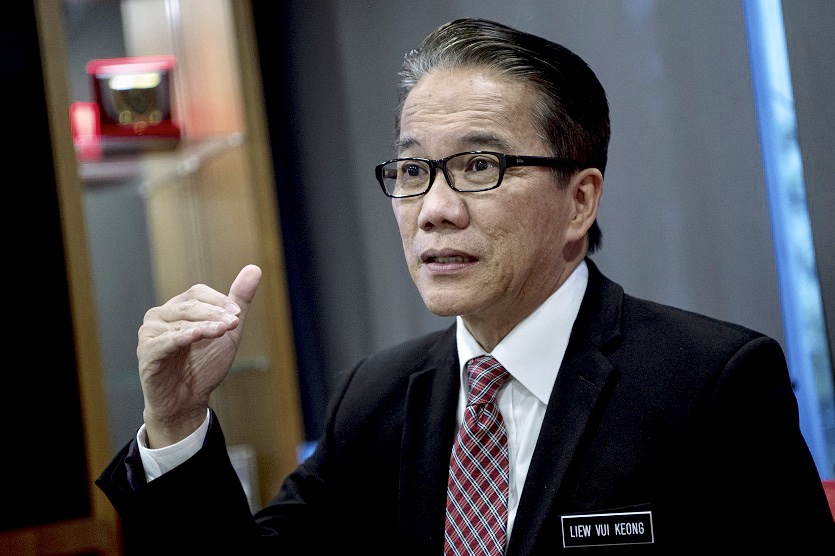 KOTA KINABALU: Minister in the Prime Minister’s Department (Legal Affairs) Datuk Liew Vui Keong respects the judgement of the Kota Kinabalu High Court which decides that the appointment of Datuk Amarjit Singh as director of the Sabah State Water Department (JANS) as invalid.

Liew, in a statement here yesterday, however, said that the decision of the Court of Appeal on the matter was also being awaited.

He said this was because Section 3 of the Sabah Water Supply Enactment 2003 was not applicable to the director of the Sabah State Water Department.

“By using the literal interpretation approach, director cannot be equated with ‘officer’ as stated in Section 3 (2) of the enactment.

“Section 3 (2) cannot be read separately without taking into account Section 2 which defines the State Water Authority,” he said.

Clarifying further, Liew said Section 2 in the enactment defined Water Authority as the director of the Sabah State Water Department.

As such, the director of the Sabah State Water Department was not an ‘officer’ as stated in Section 3(2) of the enactment, he said.

On Oct 9, the High Court in Kota Kinabalu declared the appointment of Amarjit as invalid because it contravened Section 3 of the Water Supply Enactment 2003.

The ruling was made by Judge Ravinthiran R. Paramaguru on a case filed by former Sabah Chief Minister Datuk Yong Teck Lee, who is also Sabah Progressive Party (SAPP) president on March 19 to obtain a court declaration that the appointment of Amarjit in August last year was not in accordance with the law.

The Sabah government had filed an appeal against the court ruling.

Meanwhile, Yong said Liew’s statement that the director of Water Department is not an officer described in Section 3(2) in the Water Supply Enactment 2003 is laughable and a joke.

“What is the legal standing of a federal minister handling the case of a Sabah State Government court case? The federal minister is a total stranger in the Sabah Water Department law suit,” said Yong.

“It seems like a flimsy and desperate attempt to keep the director on the job,” he added.

Amarjit was appointed to the post in August last year, some two months after Parti Warisan Sabah took over the state government. He is the secretary of the Putatan Warisan division.