Wednesday, February 8
You are at:Home»News»Pan Borneo Highway: Termination of PDP contract will raise costs, cause project delays – MP
For the freshest news, join The Borneo Post's Telegram Channel and The Borneo Post on Newswav. 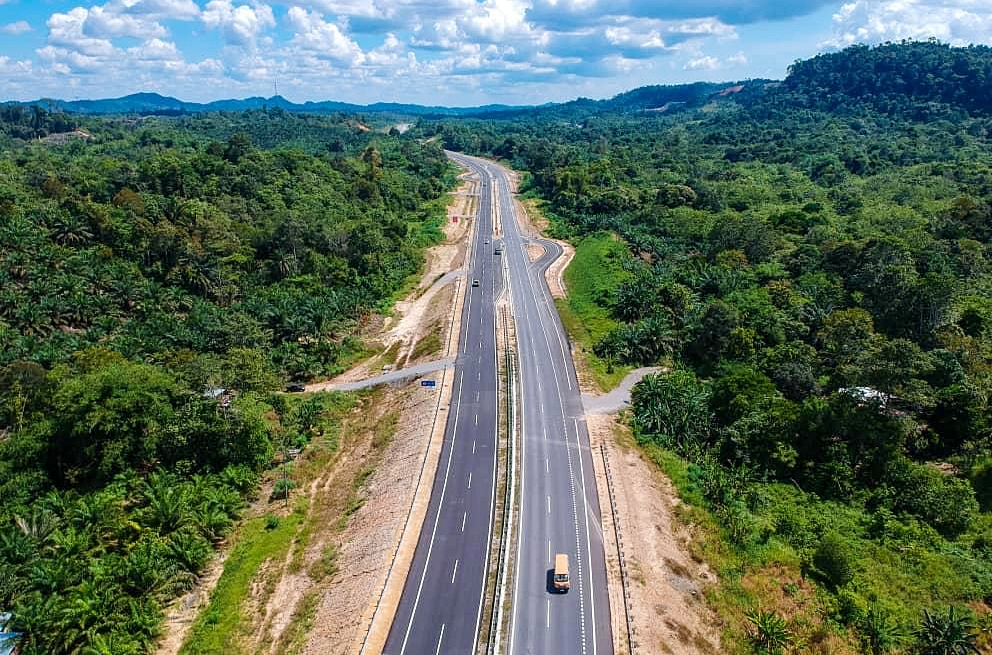 An aerial view of a stretch of the Pan Borneo Highway. File Photo

KUCHING: The surrender of the Sarawak portion, specifically in relation to the project delivery partner (PDP), of the Pan Borneo Highway mega project to Public Works Department (JKR) would incur more costs and contribute to further delays.

In stating this, Santubong MP Dato Sri Wan Junaidi Tuanku Jaafar also questioned the basis of the termination of the PDP’s contract, in order for it to be handed over to the JKR next February.

“I am confident that the mega project will be exploding with costs come February 2020.

Adding on, Wan Junaidi cited the Sabah portion of the highway project as an example that termination of the PDP did not necessarily translate to much progress.

“What is the guarantee that the ‘overseeing authority’ JKR would not be facing problems?

“Who will bear the costs incurred due to delays?”

The parliamentarian also said the termination of the PDP would result in more than 500 sub-contractors and some 400,000 workers losing their jobs.

He said his fellow Sarawakians regarded the Pan Borneo Highway as one that was close to their hearts, even with the cost being funded by the federal government.

Wan Junaidi acknowledged that prior to contract termination, the PDP had come up with several proposals to help reduce costs.

“The PDP proposed to save RM1 billion, and forecast another saving of RM500 million in 2020.

“However, the Pakatan Harapan government chose not to entertain these proposals; it proceeded to terminating the PDP contract,” he said.