Tuesday, February 18
You are at:Home»News»Court»Incestuous dad’s appeal over sentence dismissed by court 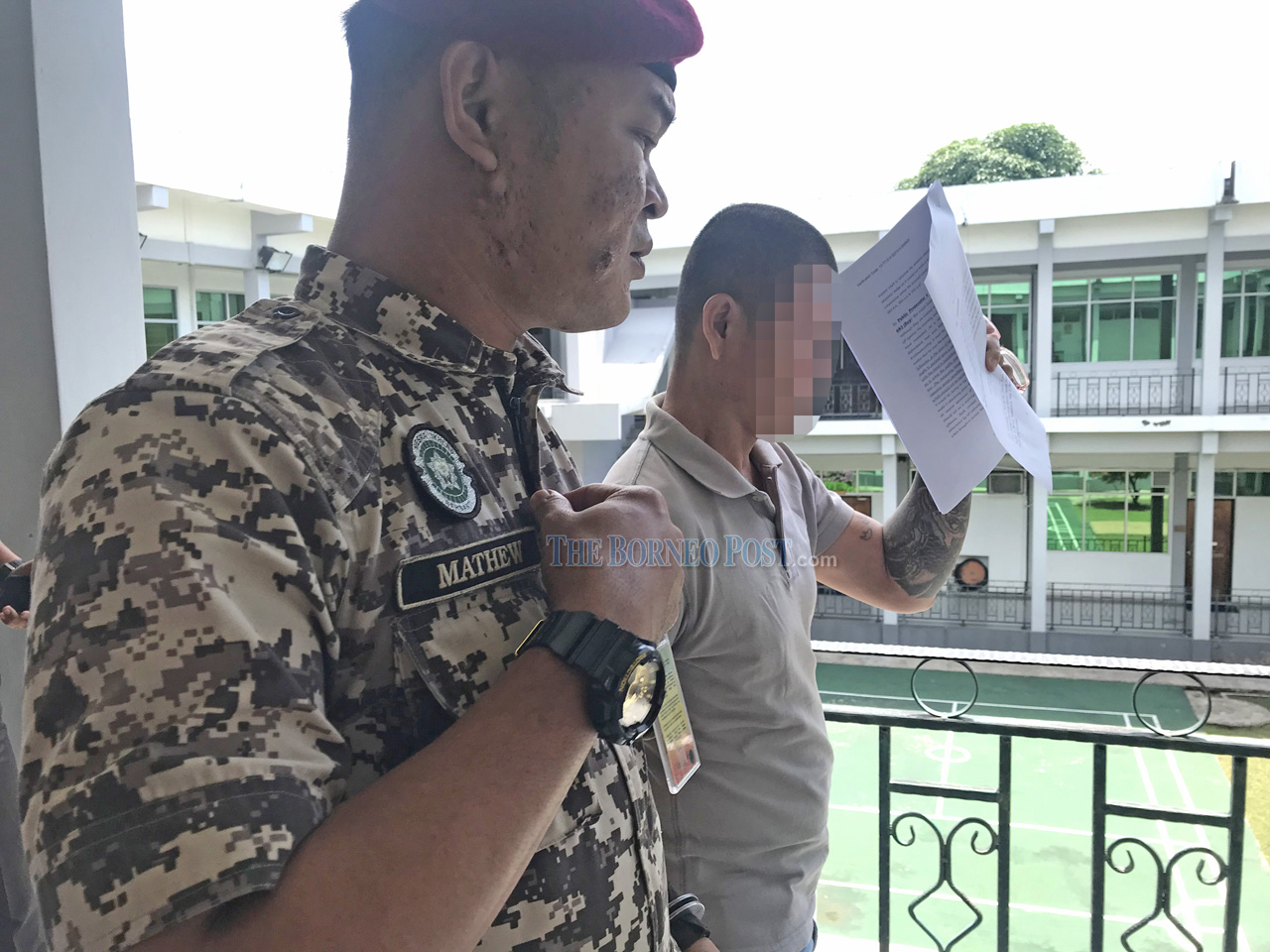 The man is led from the court after his appeal was dismissed.

SIBU: The High Court here yesterday dismissed an appeal filed by a 40-year-old man over his sentence of 75 years’ jail and 48 strokes of the cane for committing incest.

The appellant, who pleaded guilty July 4 this year in the Sarikei Sessions Court to 16 charges under Section 376B(1) of the Penal Code, told the court that he needed to take care of his family and was also remorseful over his actions.

Judge Lim Hock Leng in his decision said the court was not persuaded that the appeal should be allowed.

“Taking into account the respective submissions and oral submissions by both parties, this court is not persuaded that the appeal should be allowed. The appeal is dismissed,” said the judge.

Following his guilty plea on July 4, the Sessions Court sentenced the man to 15 and 20 years’ jail on each charge, some of which are to run consecutively while others, concurrently.

He had committed incest against his elder daughter, aged 12 at the time, between January 2016 and September 2017 at a longhouse in Sarikei.

Based on the facts of the case, the victim shared a bedroom with her parents and younger sister.

In January 2016, she woke up in the middle of the night to discover her father touching her body.

She was later raped by him but did not scream, and her mother was unaware of what had happened as she was sound asleep.

Following the incident, the man continued to rape the victim nearly every night until December 2016.

The rapes stopped when the victim left for boarding school in 2017 and only returned home on weekends.

However, during one weekend in July that year, her father raped her again when she returned from her hostel, and twice more the following month.

The final incident happened on the night of Sept 5, 2017, with the victim returning to school the next day where she confided to a teacher who immediately brought her to Sarikei Hospital for a medical examination.

Her father was arrested the same day when he showed up at the hospital.