Friday, August 14
You are at:Home»News»Sarawak»Manyin: No circular yet on division of Science, Arts streams 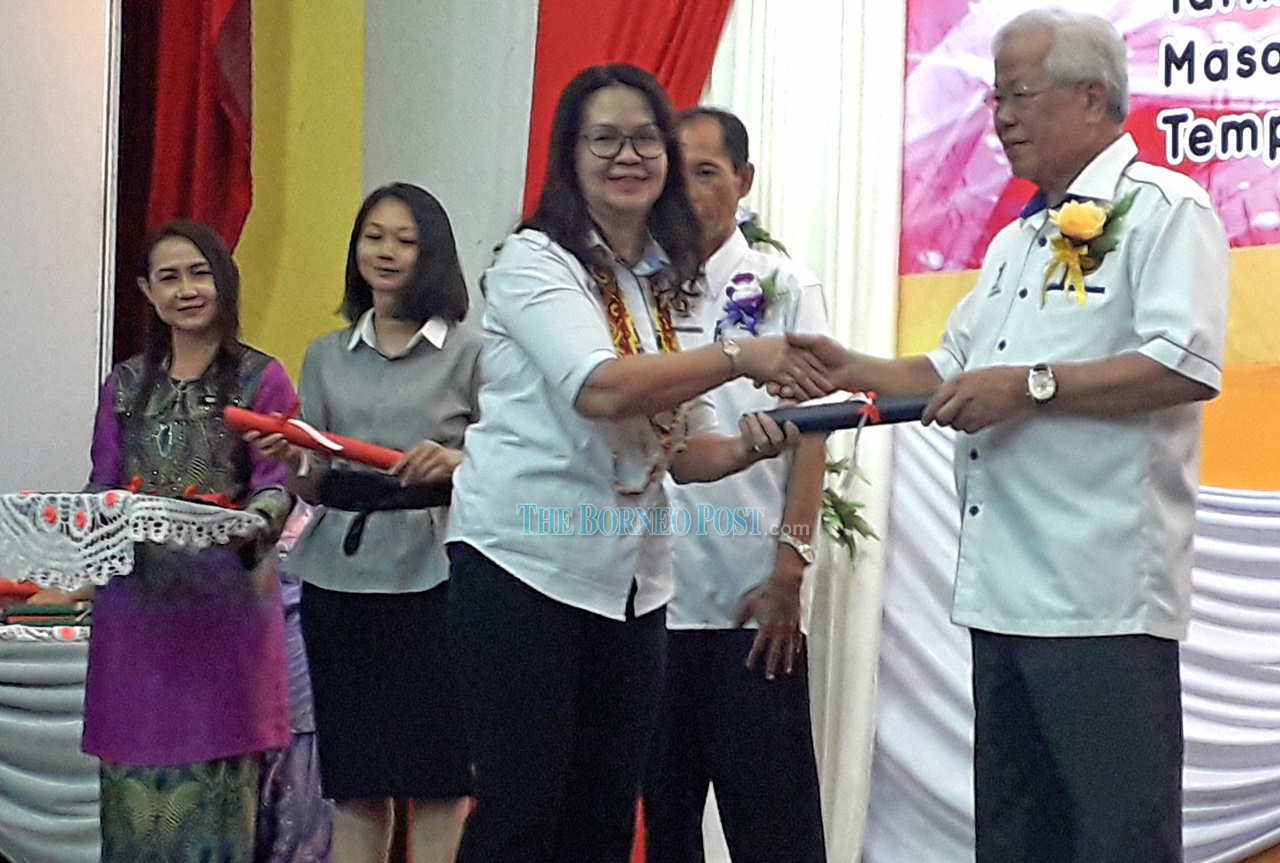 Manyin presents an award to a school headmistress at the event.

SERIAN: Sarawak has yet to receive a circular from the Ministry of Education (MoE) regarding its decision to divide Form 4 students into Science and Arts streams next year, says Minister of Education, Sciences and Technological Research Sarawak Dato Sri Michael Manyin.

However, he said should the ministry go ahead with the policy, Sarawak could not do anything but to follow in view of education being under the federal list.

“We only help to implement, supplement and complement the policy, and whatever programmes that are organised by the ministry.

“That is our job – to make sure things are implemented smoothly and successfully,” he told reporters after officiating at the ‘Incentive Awards’ ceremony for pupils and schools here yesterday.

On the policy, he said there were ‘good things and bad things’, observing the present performance of students in Science, Technology, Engineering and Mathematics (STEM) subjects in the whole country was ‘still quite low’.

“The target all this while has been 60 per cent, but it is still way off at the moment.

“It’s less than 40 per cent, and only 24.2 per cent for Sarawak.” “It means if we’re to do streaming (of Arts and Science), only 24.2 per cent of our students would enter Pure Science classes after PT3 (Form 3 Assessement),” he said.

Manyin went on to say that to face the challenges of the Fourth Industrial Revolution (IR4.0), students must be encouraged to do well in science and mathematics so that they could study pure sciences in universities.

He added that about 70 per cent of university graduates were able to get jobs because they came from Social Sciences stream.

Deputy Minister of Education Teo Nie Ching was recently reported to have said that Form 4 students would no longer be divided into Arts or Science stream – instead, they would be allowed to choose subjects according to their interests.