Tuesday, September 27
You are at:Home»News»Sabah»Overturned car claims life of one woman, cause severe injuries to another 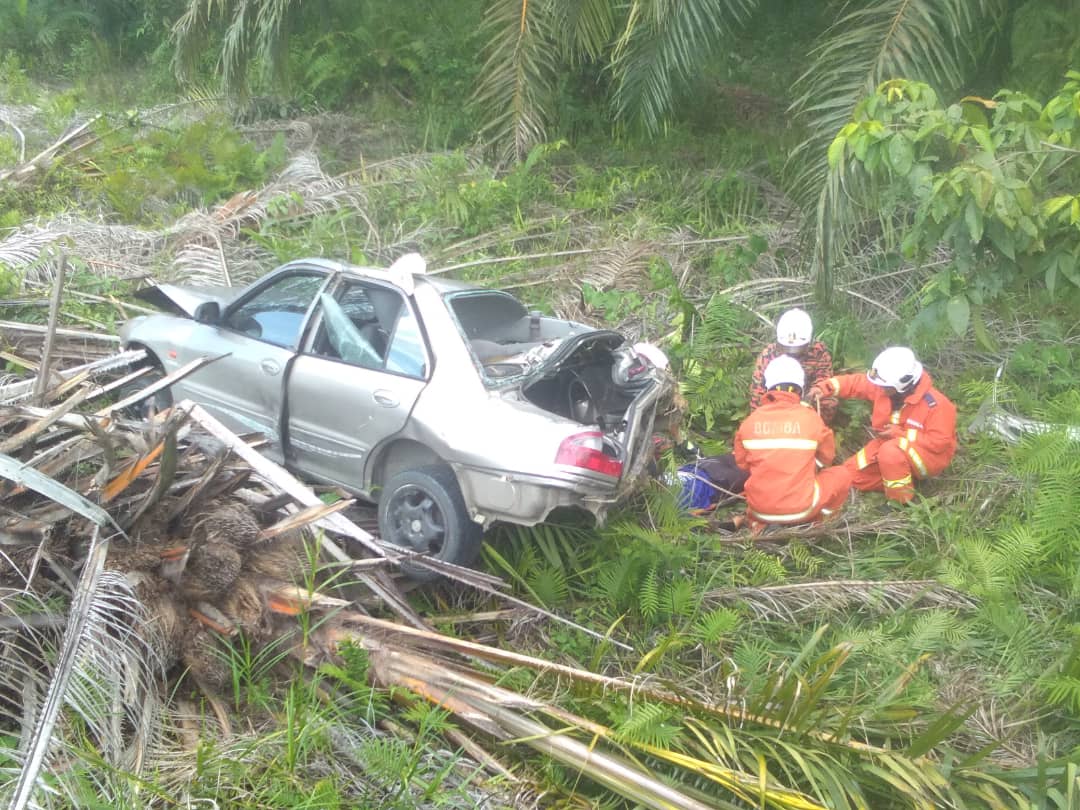 Firemen attending to the casualties at the site of the mishap.

KINABATANGAN: An 18-year-old woman was killed while another woman sustained severe injuries when the Proton car they were travelling in overturned onto an oil palm estate area after hitting the road shoulder near Kampung Sentosa Jaya here at around 2 pm yesterday.

The young woman who was killed on the spot has been identified as Lisa Muslimin, while the severely injured woman was identified as Hasmiah Samauna. Two other passengers who were in the same car, namely, Supriadi Muslim, and his father, Muslim Roja, 55, survived the crash unscathed.

According to Kinabatangan fire and rescue department chief, Nurul Azlan Jamalludin, the station received an emergency call of the mishap at about 2.06 pm. Four firemen, led by Hairul Jalam, were immediately despatched to the site of the mishap, which is some 20 kilometres away, in a fire engine.

“The young woman was pronounced dead at the scene by the attending medical personnel. Her body has been handed over to the police for further action. The other woman, who was severely injured, was sent to the hospital in an ambulance, while two men in the car survived the mishap without any injuries,” Nurul said.

The rescue operation ended at 3.02 pm after the firemen ensured that there were no more risks to road users at the scene.