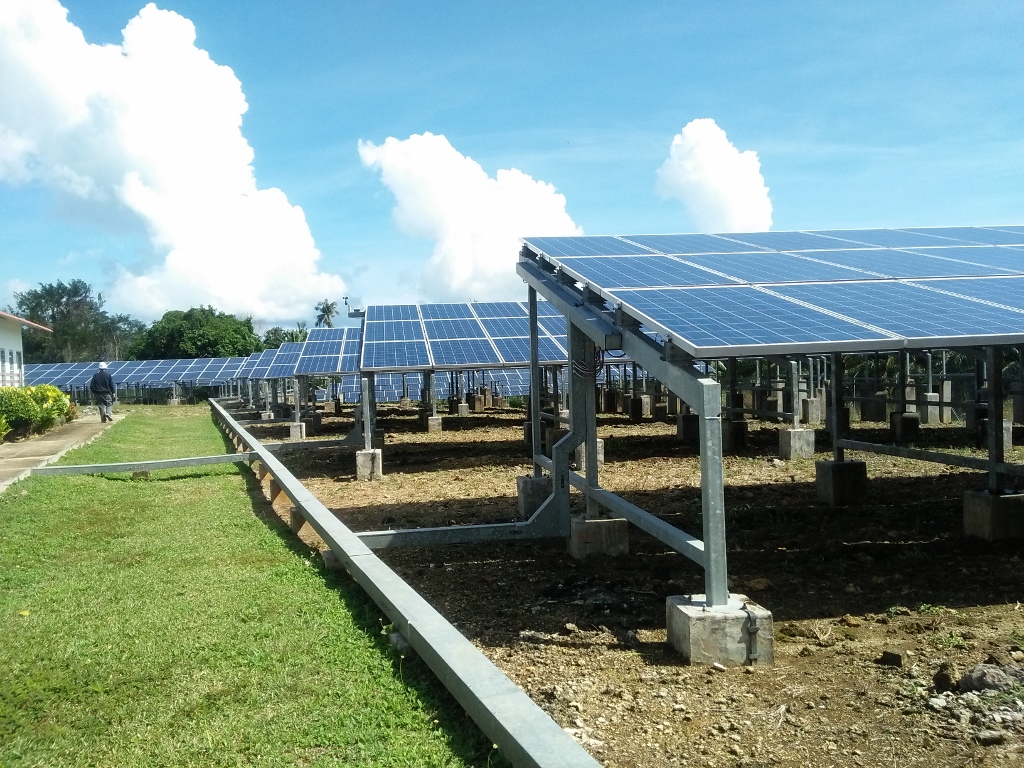 The solar panels at the station.

SEMPORNA: The state has a total of 34 solar hybrid power generation stations that are currently running, and stations are expected to be built in areas that the current grid system could not reach especially at islands and interiors.

Sabah Electricity Sdn. Bhd. (SESB) General Manager (generation), Jait Aziz said the stations are projects by the government and SESB was tasked with maintaining these stations.

He said SESB was continuing its collaboration with the government in getting more solar hybrid stations in areas that could not be reached by the current grid system in order that more Sabahan can enjoy electricity.

Jait, who was on a working visit to one of the stations at Bait 1 Island off the coast of Semporna on Wednesday, said nine other islands in the district were also provided with such stations costing about RM4 million a year to maintain and with about RM20 million annually for the upkeep of all the 34 stations.

On renewable energy, he said projects such as mini hydro and wind generation are among the few options but solar generation is the most reliable technology due to the climate.

Touching on the Bait 1 station,  he said the solar panels can generate 260 kilowatt of power and with two generator sets that are able to produce 200 kilowatt power each to supply 24-hour electricity to four villages on the island.

The station at Bait 1, he said had enhanced the livelihood of villagers who relied on generator set in the past.

Bait 1 village head, Mohammad Gemuk said in the past they were required to pay for the cost of fuels needed to power their generators which can cost up to hundreds of ringgit.

With the solar hybrid station, he said life is better and their cost for electricity power had reduced.

Previous ArticleOverturned car claims life of one woman, cause severe injuries to another
Next Article AirAsia offering direct flights to Tawau, Sandakan from Asian countries