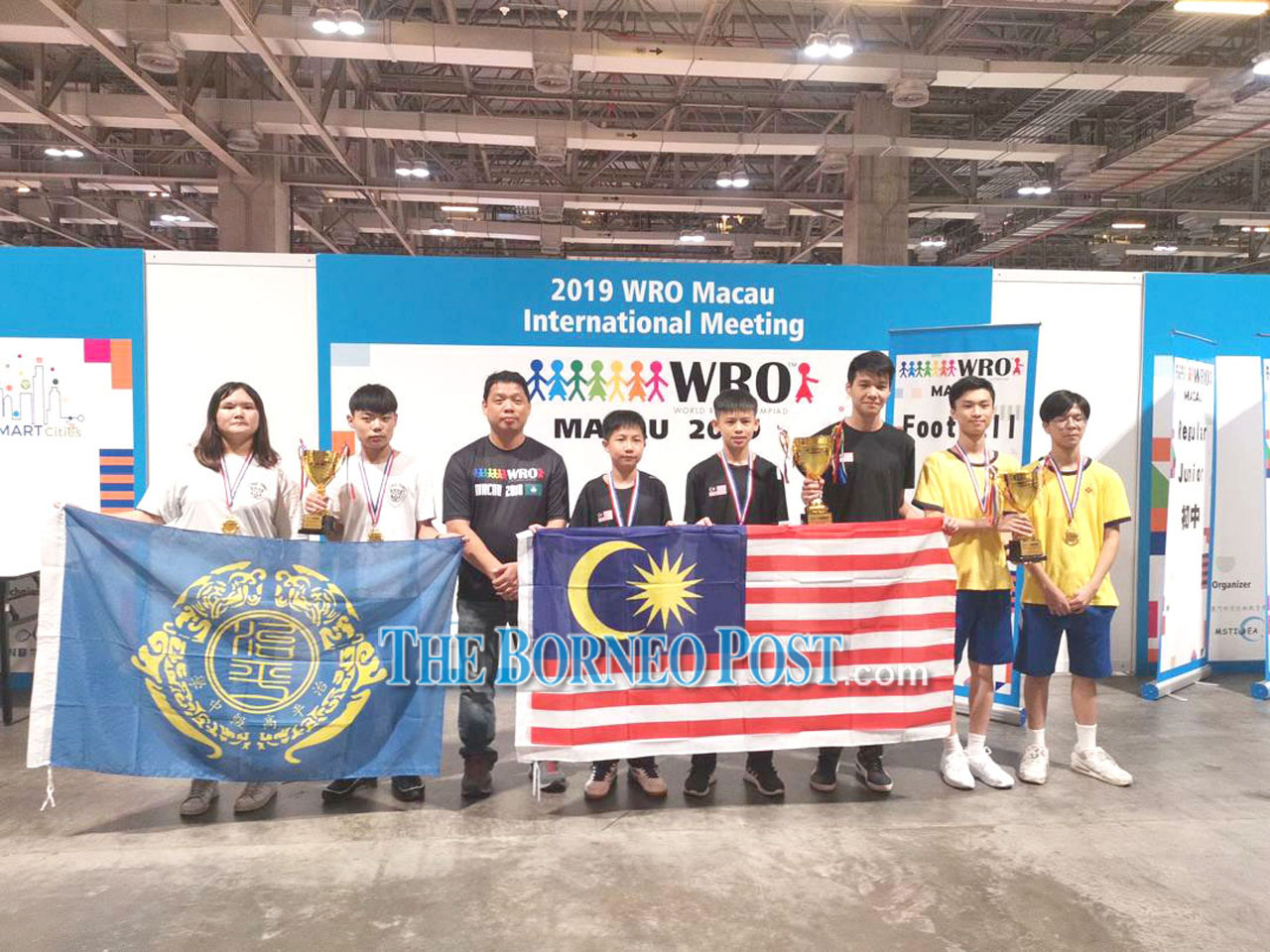 Members of the SMK Chung Hua Miri team hold the ‘Jalur Gemilang’ and their trophies during a photo-call at the tournament’s venue in Macau.

MIRI: The team from SMK Chung Hua Miri made the school and country proud when they emerged champion of the ‘Robotic Football’ category in the World Robot Olympiad (WRO) – Macau International Invitational Tournament held in Macau recently.

Organised by the Macau Science and Technology Innovation Education Association, the competition gave the Miri team the golden opportunity to learn a lot from their foreign counterparts.

SMK Chung Hua Miri principal Albert Ong Ngee Hong congratulated the team for their hard work and perseverance, which paid off for them during the Macau tournament.

“The victory has given our Chung Hua team the pass to the WRO finals, to be held in Hungary this Nov 8-10. We are confident to face other international teams,” said Ong in a press release yesterday.

Last month, the Chung Hua team shone at the National Robotics Competition (NRC), which took place in Kedah – clinching one gold medal and a silver in the ‘WRO Football’ category.

“The winning in NRC had qualified our team to the final tournament which will happen in Gyor, Hungary,” said Ong.

He acknowledged that it had not been an easy journey for the team.

“Yet the coordinating teachers and competing students have worked so hard, with huge amount of passion as well as teamwork – all of which have placed the team where they are today,” he said.