Thursday, June 4
You are at:Home»News»Kuching Malay community leaders join wave of protests against formation of MPKK 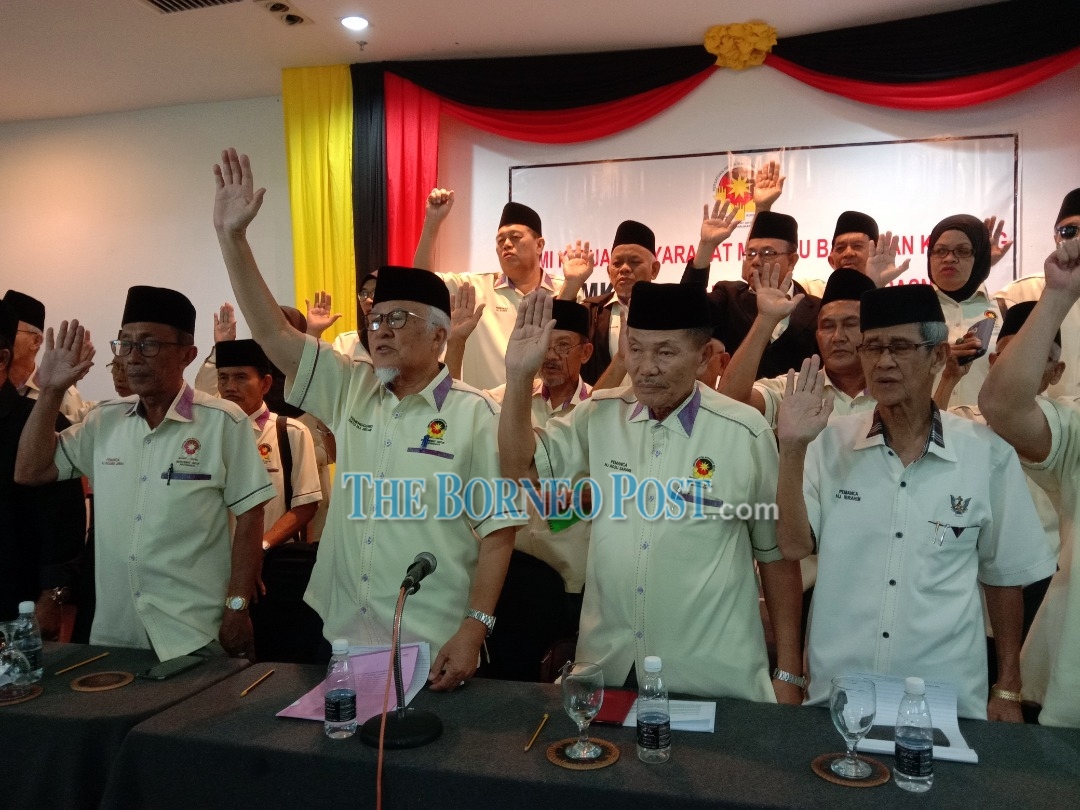 Helmi (second left) together with other Kuching Malay community leaders pledge to fight against the formation of MPKK in the state.

KUCHING: Kuching Division Malay Community Leaders Association has joined the wave of protests against the formation of the Village Community Management Council (MPKK) by the Pakatan Harapan (PH) government.

Led by Temenggong Dato Helmi Mohd Gol, a total of 110 community leaders from around Kuching Division gathered here today to pledge their continuous fight against what they saw as a threat to the unity of the community.

Kuching North Pemanca Roshidi Junai as the association chairman, opined in his speech that MPKK was a soft method to ‘colonise’ Sarawak.

“If possible, we want to come up with a resolution to request that the State Legislative Assembly (DUN) make a specific law to block the formation of MPKK. That is what we hope to propose,” he said.

However, when asked later on whether the group would come up with a resolution on the matter, Helmi said they would have to see the outcome of their meeting planned with the Chief Minister’s Office.

Helmi said that they were protesting not as a political movement and that the protest did not mean they were against the federal government.

“As community leaders at the grassroots level, if we do not protest, the existence of MPKK could threaten the unity and harmony we have today.

“I am worried that it could cause misunderstanding among us at the grassroots level, as we still have the Village Development and Security Committee (JKKK),” he said when summing up the gathering.

Helmi said the community leaders also saw the MPKK as an intention of the federal government to split the grassroots and gain support.

“I personally do not see the logic of having MPKK when we already have JKKK. There is no one better than us in managing development in our own place besides ourselves. We do not need interference from outsiders,” he stressed.