Tuesday, July 14
You are at:Home»News»Police will continue investigation into mysterious disappearance of six-year-old girl 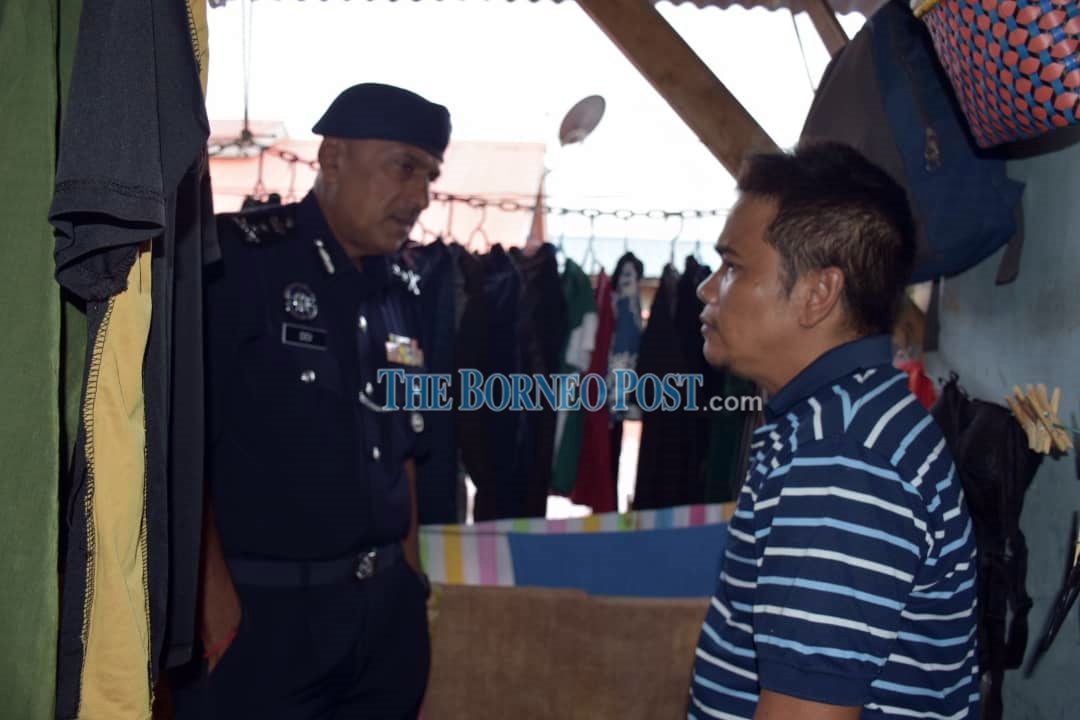 Dev Kumar talking to the missing girl’s father during his visit to their residence at Kampung Baru Laut today.

BINTULU: The police will continue their investigation into a mysterious disappearance of a six-year-old Puteri Nurardiana Damia Qaisara Abdullah, who was reported missing from the family’s home in Kampung Baru Laut since Sept 28.

Sarawak Deputy Police Commissioner Dato’ Dev Kumar said the Bintulu police would intensify their investigation, which entered into the third week today in search for new leads of the case.

“Earlier, I was briefed on the chronology of the case at IPD Bintulu’s meeting room before being taken to the victim’s house to meet her parents and family members at Kampung Baru Laut at 10.30am this morning,” he told Utusan Borneo after the visit.

Dev Kumar was also taken to the location where the girl was believed to have fallen into the Kemena river.

Commenting on the ongoing investigation, he said police have yet to find any new clues to the mysterious disappearance of the girl.

He added that his visit today was for him to understand the case and know the progress of the investigation and obtain clearer view of the incident from the girl’s family members.

“I hope the family members of the victim will be patient as the police have done their best in investigating the case,” he said.

Around 3.11am on Sept 28, the Sarawak Operations Force (PGO) received a report from Bintulu police about the disappearance of the girl at the family’s home near Sungai Kemena.

Bintulu Fire and Rescue Department (Bomba) personnel were dispatched to the scene to get more information and confirmation about the case from the girl’s parents and other family members.