Thursday, June 4
You are at:Home»News»Rain, thunderstorms forecast for the whole country this week 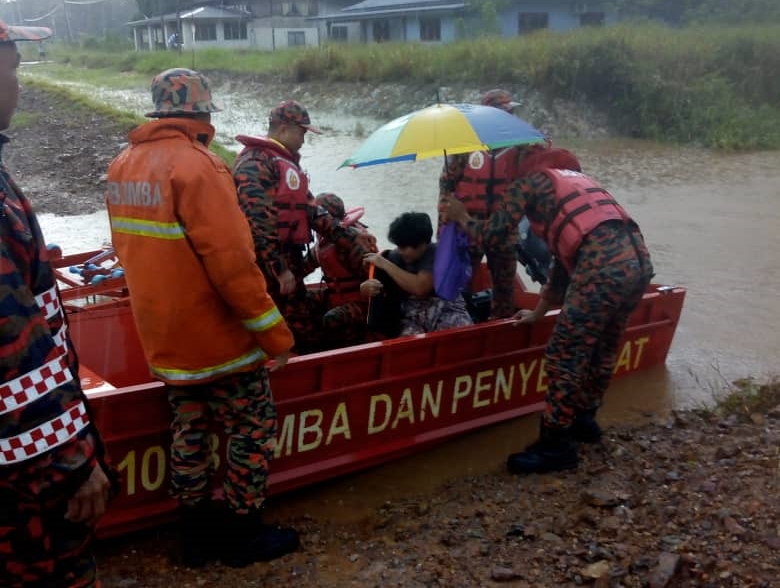 Firefighters helping to evacuate the flood victims to the relief centre in Kampung Paon. – File photo

KUALA LUMPUR: The monsoon transition phase which brings with it heavy rain and thunderstorms have been predicted for the whole country this week, including Sabah and Sarawak.

Director-general of the Meteorological Department (MetMalaysia), Jailan Simon, said the transition period is not expected to cause heavy floods, but flash floods could potentially occur in areas which do not have good drainage systems.

He said the heavy rains will only occur in the evenings in many states on the west coast and interior areas of the Peninsula, west coast of Sabah, and the western and central regions of Sarawak.

“Rain and thunderstorms commonly occur during the monsoon transition period.

“Usually, during the monsoon transition season, the states on the west coast of Peninsular Malaysia and the interior areas of the east coast as well as west Sabah and Sarawak will have rain or thunderstorms in the afternoons or early evening,” he told Bernama when contacted today.

Jailan said the northeast monsoon is expected to begin at the end of this week or early next week and several areas are expected to suffer floods.

He added that heavy rains are expected to fall between mid-November until the end of December in Kelantan and Terengganu while Pahang and Johor will experience the same from December until early January.

“The rain is expected to move to Sarawak and Sabah in early January until February,” he said. – Bernama