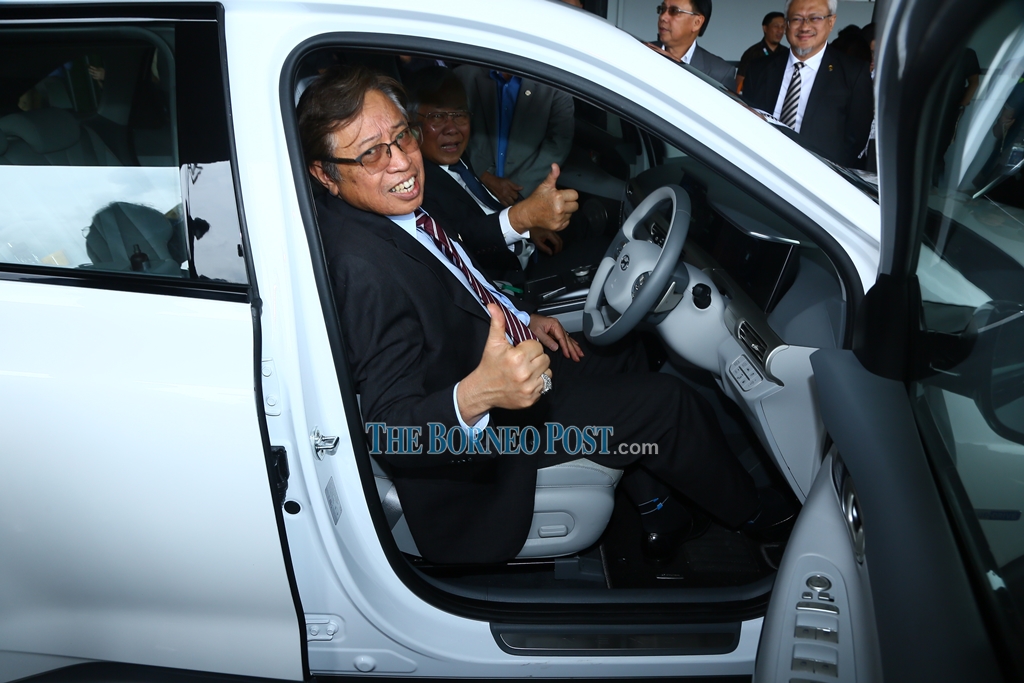 KUCHING: The state government has no plans to allocate any incentive for the purchase of hydrogen fuel cell cars in the coming State Budget, said Chief Minister Datuk Patinggi Abang Johari Tun Openg.

He pointed out that this was because such cars were imported and therefore under the purview of the federal government, not the state.

“The federal government does not use this (kind of) car. We are the first one in the Southeast Asia region, and we are using this (kind of) car as part of a research and development process,” he told reporters after closing the Sarawak Invention, Innovation and Design Expo 2019 today.

Abang Johari arrived at the ceremony in a Hyundai Nexo – a hydrogen fuel cell powered crossover SUV by the South Korean manufacturer.

He told the media that it was a smooth and quiet ride, and was easy to handle.

“What is important is the use of hydrogen. It is zero emission. If we can use this, we can convert our (water) resources to hydrogen and clean our environment,” he said, adding that the car costs cheaper than a typical continental car and could get cheaper over time. 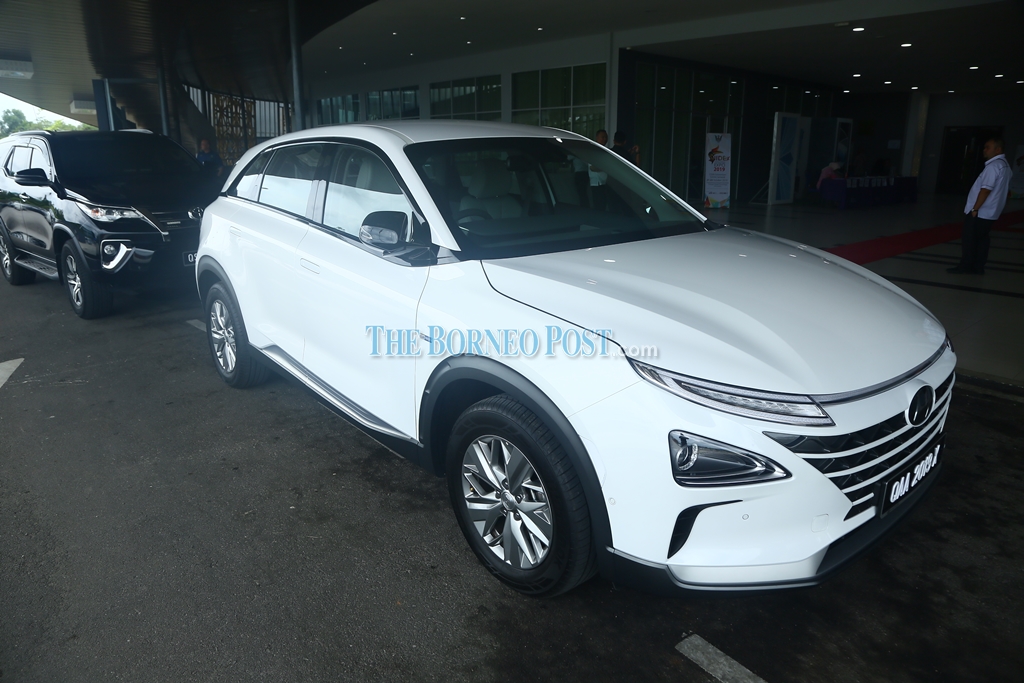 The Hyundai Nexo that Abang Johari arrived in – a hydrogen powered SUV.

Abang Johari stressed that the car he was using is part of the research and development (R&D) process and as hydrogen technology has just started in Sarawak, it will take time before the use of such car becomes widespread.

“We have to see the outcome, particularly in terms of supply of gas. We need to have to a lot of stations throughout the state. We plan to have five stations.

“It depends on the researchers, maybe in one year or two years.

“But we have delivered it. We have produced hydrogen on our own through that process,” he said.

When it was pointed out that Malaysia does not produce cars that use hydrogen technology and when asked whether he will propose the idea to national car manufacturers, Abang Johari said it is up to the manufacturers on what they want to do.

“We start our own (technology). When I talk about ‘acuan Sarawak’ (Sarawak mould) we might as well we do it ourselves as far as resources are concerned,” he said.