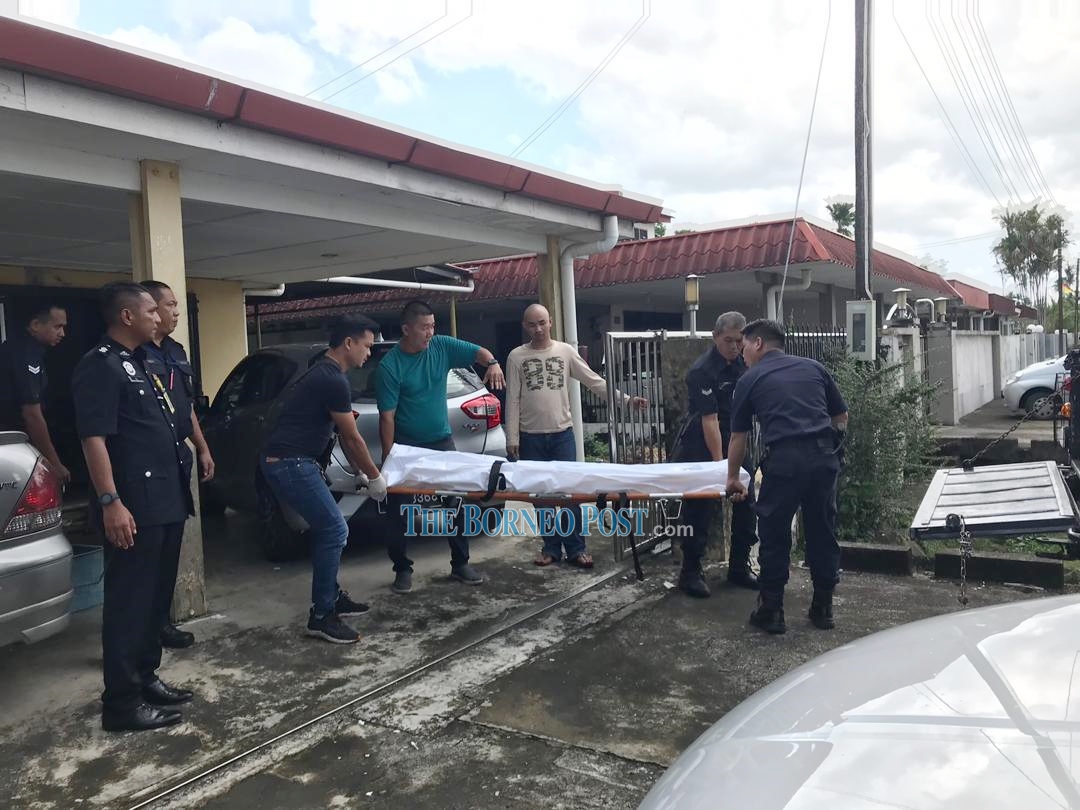 The deceased’s body being transported to the SGH morgue by the police.

KUCHING: A 19-year-old male state athlete was found dead in the living room of his house at Tabuan Laru at around noon today.

The deceased, identified as Ayrton Lim, had represented Sarawak in Sukan Malaysia (Sukma) last year and had recently returned home from training in Singapore.

She immediately called for an ambulance, but the deceased was declared dead at the scene by medical personnel.

The body has since been brought to the Sarawak General Hospital (SGH)’s morgue for further action.

A police report has been lodged for further investigation.

He added that early investigations at the scene showed no evidence of foul play and the deceased is believed to have suffered from depression in the last couple of days.

Meanwhile, those who are experiencing depression are advised to speak to a counsellor or contact the Welfare Department’s Helpline at 082-514141.

The Befrienders Kuching also offers emotional support. Call their hotline at 082-242800 from 6.30pm to 9.30pm daily or email [email protected]