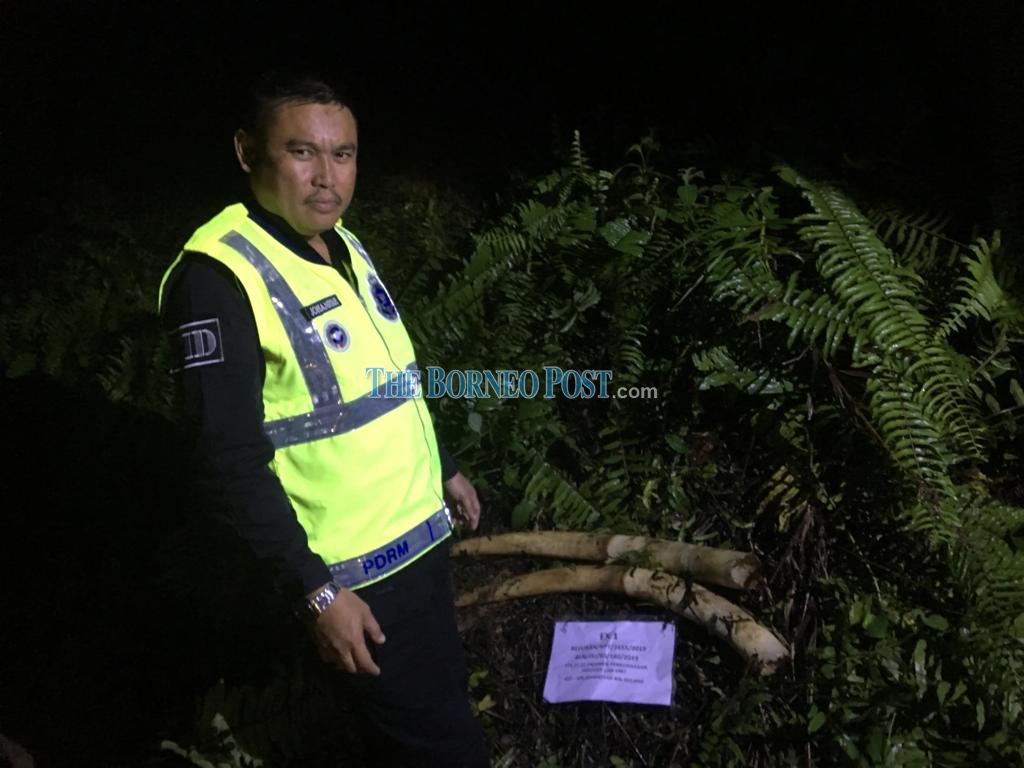 The recovered tusks are believed to have belonged to a Borneo pygmy elephant which was found dead in the same area recently.

BELURAN: Villagers here have found a pair of elephant tusks in Bimbingan 2, IOI Estate, yesterday at around 1pm.

The police believe that the tusks belong to a Borneo pygmy elephant, which was found dead with its tusks removed in the same area here last Saturday.

Beluran district police chief Superintendent Kasim Muda said that the estate manager who had received information on the discovery by villagers had informed the police and led them to the location where they found the tusks.

“The police have taken the tusks for further investigation. No suspects have been arrested at the moment and we are still gathering information,” he said.

Kasim emphasised that there were no bullets found in the body of the carcass after a postmortem was conducted.

“This means that the elephant was not shot to death. However, the cause of death of the elephant has yet to be identified,” he said.

Those with relevant information can contact the Crime Investigation Department of Beluran Headquarters police station to assist in the investigation.