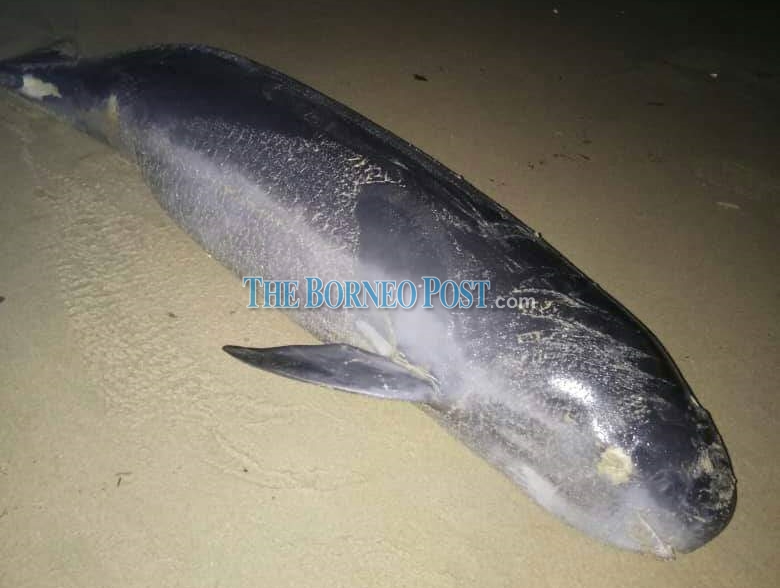 The baby porpoise was found dead with its umbilical cord still attached.

MIRI: The carcass of a baby porpoise still with its umbilical cord attached was found washed ashore on the beach at Kampung Pusil, Bakam beach yesterday.

Rubi Junai, a resident of the village, stumbled across the dead mammal after a storm had hit the area earlier that day.

“I was walking along the beach in the evening when I came across the dead porpoise, and later informed my family members who rushed there, “ Rubi told The Borneo Post today.

He opined that perhaps the baby porpoise might have been washed ashore shortly after its mother had given birth to it as the sea condition at the time was rough, with strong winds and heavy rain.

Rubi said it was about 1.2 meters long and weighed about 12 kilogrammes.

He said he later buried the carcass on the beach where it was found with the help of his children.

When contacted, Malaysia Nature Society Miri branch chairman Musa Musbah said that from the pictures, it could be a type of finless porpoise (phocoenidae), which was closely related to dolphins.

Musa also opined that the young porpoise was just not strong enough to fight the strong currents and wind during the storm on Wednesday.

The finless porpoise is a protected species in the state.