Saturday, January 25
You are at:Home»News»RM440,000 from Unifor for 5 churches in Telang Usan this year, says Dennis 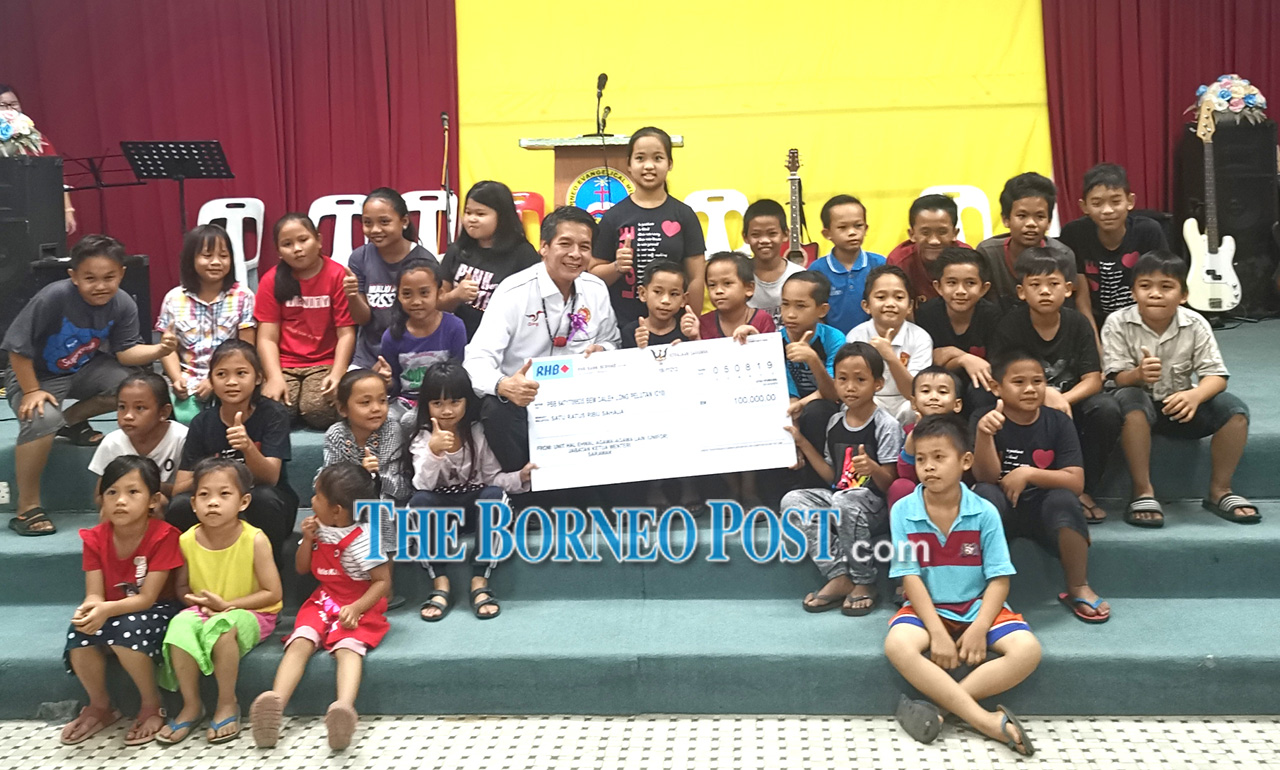 Dennis and the children of BEM Daleh Long Pelutan give the thumbs up to the state government for the fund.

DALEH LONG PELUTAN, Telang Usan: Five churches in Telang Usan constituency received a total of RM440,000 from the Sarawak government through its Unit for Other Religions (Unifor) this year.

Telang Usan assemblyman Dennis Ngau said the formation of Unifor is the clearest manifestation of the Gabungan Parti Sarawak (GPS) state government’s commitment to allow freedom of religion to flourish in the state.

“The existence of Unifor is the purest and clearest example that the state government is not only talking about religious freedom but proving it with action.

“I am referring to the huge amount of state-own fund allocated to Uuifor since 2016 to assist and finance non-Islamic houses of worship in the state,” he said.

“This could only come into reality because our state leadership is in the hands of a local coalition and by local leaders. This is why Sarawakians should be proud of our state government and leadership under Chief Minister Datuk Patinggi Abang Johari Tun Openg,” he added.

Dennis was speaking at a ceremony to hand over a cheque for Unifor grant to BEM Daleh Long [email protected] Miri recently.

Dennis said the five churches represented the second batch of recipients in Telang Usan after a total of RM600,000 was distributed among 19 churches last year.

He advised the recipients to use the funds wisely for the sole purpose of repair or upgrading of their church building.

“Make necessary report and send it to Unifor and make and send a copy of the report to my office,” he reminded.

He also revealed that since the inception of Unifor in 2016, it had received many requests for funds.

Therefore, churches who have yet to receive any response to always follow up with his office or direct with Unifor officers.

Previous ArticleTales of enduring friendships that stood the test of time
Next Article Only 8.15pm show time for Darul Hana Musical Fountain until Nov 3