Wednesday, October 20
You are at:Home»News»CM: State govt yet to decide whether to declare Deepavali as public holiday 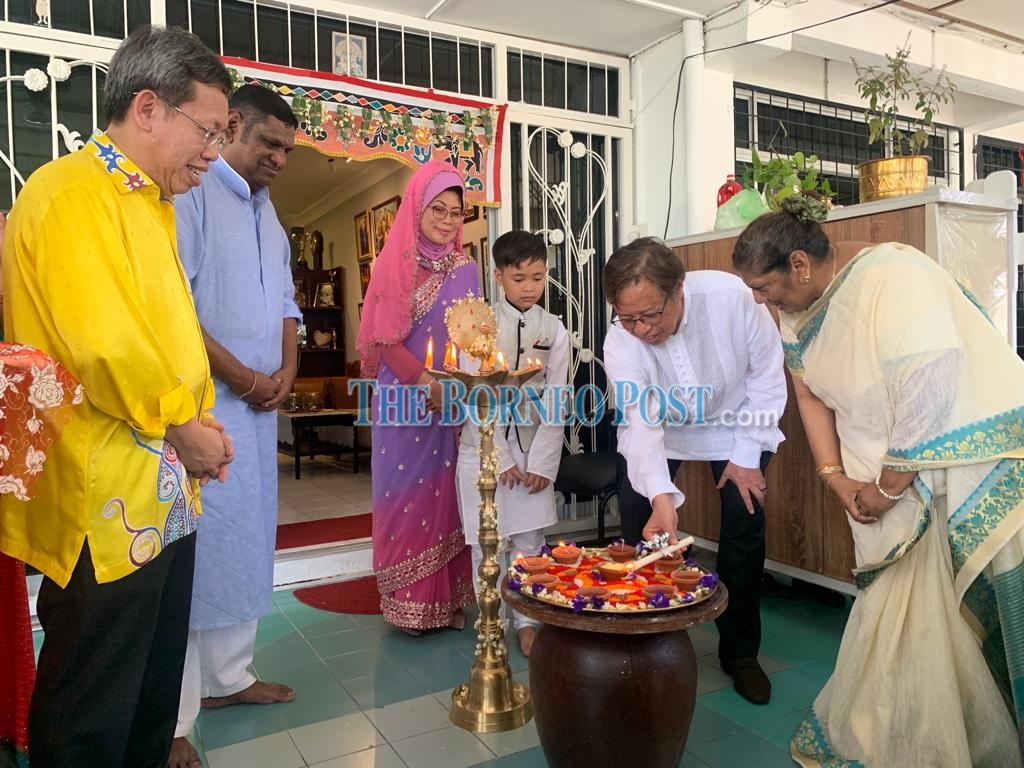 Abang Johari (second, right) lighting a lamp upon his arrival at Lucy’s house for a Deepavali visit. Lucy is seen standing right while also seen are Dr Sim (left) and Fatimah (centre).

KUCHING: The state government has yet to decide whether to declare Deepavali as a public holiday in the state, said Datuk Patinggi Abang Johari Tun Openg.

The Chief Minister explained that if Deepavali was to be declared as a public holiday, then one of Sarawak’s gazetted public holidays would have to be replaced with it.

“We have our limits (on how many public holiday that we can have in a year). We really have to look into things such as replacing it with one of our own public holidays first before deciding on it,” he said.

Abang Johari was met by reporters when visiting the house of local Indian community leader, Penghulu Lucy Lingam in conjunction with Deepavali today.

During his visit, Abang Johari congratulated the state’s Indian community for being very united and also contributing significantly to the development of Sarawak.

“We are very fortunate that they (the Sarawak Indian community) have been the brains in Sarawak thanks to their unity. We hope this sort of atmosphere can be sustained in Sarawak,” he said.

Sarawak is the only state in Malaysia not observing Deepavali as a public holiday, although there have been calls made the minority Indian community for the state government to declare it so.

The Indian community population in the state is estimated to be around 10,000 and the number also includes those who are staying outside of Sarawak, according to Lucy.